Coke is (qu)it: an update 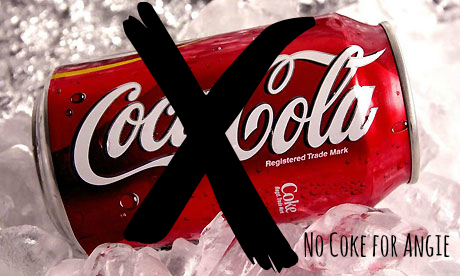 Except that I haven’t. I caved. Just once. And then another two times after that.

It was post-drunk headstand/5+ hour panic attack and I was feeling raw. Like super-duper, frazzled and RAW. In a moment of clouded judgement, I found myself cruising through a drive-thru ordering a small cheeseburger meal and when they asked, “Coke for the drink?” I didn’t correct them.

And as I took that first sip, the black bubbles making their way up the straw and exploding on my tongue, I waited for repulsion to hit. I waited to be appalled by the sweetness, the chemical aftertaste.

I finished that Coke because hello, everyone knows those things are three quarters ice, itdoesn’tevencount. I sucked it down very slowly and thoughtfully, knowing that this could not happen again. I will never be able to drink Coke casually – like a normal person. Coke will always be a temptation and given half the chance, my brain will tell me to start drinking that shit again. So I have to make my brain forget how much we love Coke by abstaining completely.

“Angie,” I told myself, “You cannot be trusted.” And I agreed with me.

And yet, New Year’s Eve rolled around and with it, a migraine hovering at the base of my skull, just waiting to explode. I took Bren’s painkillers with codeine in them – CODEINE, people! – and it didn’t make a dent in the pain. Being the hard-core junkie I am, I knew that if the really strong stuff (CODEINE, people!) couldn’t save me, then Coke was my only hope. I chose the smallest can I could find, just 200mls, strictly for medicinal purposes. I sipped it slowly and mindfully and placebo effect or not, the tension in my head began to melt away.

Later that night, contemplating sobriety at the dawning of the new year, I decided that even designated drivers deserve a little joy – and had another Coke. This one was a full 375ml and took me roughly two hours to drink. It wasn’t as joyful as I thought it was going to be. And it gave me a serious belly ache.

And this, my friends, is how a person falls off a wagon. The spiral. Decisions you make swearing, ‘just this once’ are the tiniest hairline fractures that ultimately crack your entire resolve apart. The devil can slip in through the smallest of cracks. Or does the devil slip out? Because the devil is me. I am my own wants and desires, compulsions and weaknesses. The devil is me.

So I had some Coke and it was a timely reminder that I can’t have some Coke. It is a seductive poison that continues to flirt openly – aggressively. I am very susceptible to its charms.

And its charms are everywhere. 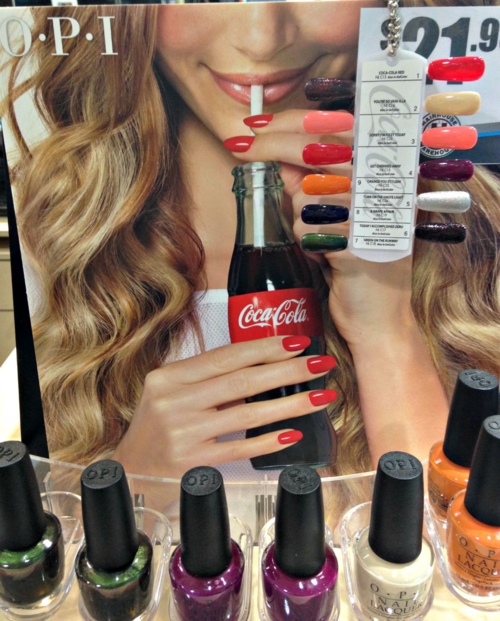 I mean, seriously. I went to buy fancy shampoo and this is what confronted me at the checkout. This is an ad for NAIL POLISH.

But then I don’t really need an aggressive advertising campaign to remind me of Coke. EVERYTHING reminds me of Coke. That’s just the sad truth about me.

Anyway, back on the horse. Or the wagon…that the horse is pulling.

You know what I mean.