I deeply offended a friend once whilst trying to give her a compliment.

She was studying to be a nurse and as most (all?) student nurses do, she was working in a nursing home with elderly patients. She was talking about the nature of her work and I commented that I didn't know how she could deal with the bodily fluids.

She took this very badly.

"I don't just wipe old people's arses," she retorted, "These are real people who are often sad and lonely. It's very emotional work."

"Exactly!" I replied. "And I'm saying I couldn't even do the Nursing 101 stuff, let alone deal with the more complex aspects of working with human beings. I'm saying I admire how you can deal with the very basics of nursing – blood, piss, vomit, shit. I would not be capable of that."

She remained unconvinced, believed that I was reducing the important work she did to being an adult diaper changer.

The point is, I know it takes a special kind of person to be able to manage another human being at their most vulnerable. Nursing is an extremely difficult job and though their expertise runs far deeper than bodily fluids, how they can turn up to work each day knowing that they may encounter a real and actual shitstorm – and not flinch – earns them much respect in my eyes.

And that's how I knew I would never be a nurse.

Why am I talking about nurses? Apart from the fact that they're incredible and completely undervalued. 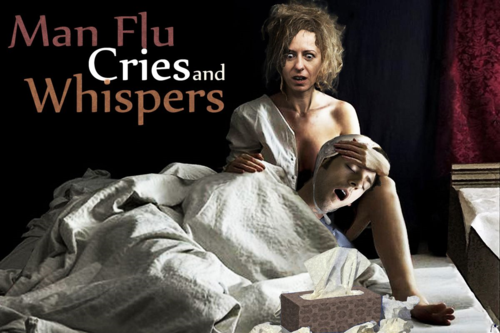 Somebody shoot a tranq dart into my butt because I can't go on this way.

In my defence, for the last two weeks, all the kids have been unwell, two of them with ear infections. When it comes to the kids, my nursing game is reasonably strong. Their bodily fluids are like my bodily fluids. Gross, sure, but this is how we mothers (and possibly fathers) are wired. If we weren't wired this way, our communities would be overrun by sickly, snot-nosed children roaming the streets in fevered delirium, huddling together under bridges at night, one crusty handkerchief being shared amongst them all. "I had my own bedroom," one would lament softly, the others nodding and vomiting in solidarity.

But no! I would never cast my sick child out, damning them to a life of bridge-huddling and communal hankies. No!

But Bren can go live under that bridge. He can go and live there and stay living there until such time as any illness in his body has been sufficiently extinguished, killed dead, with fire if necessary.

He came home with a box of penicilliin. Oh man, did that chap my ass.

When I entered the bedroom, it smelt of sickness and I had to hold my breath and also open a window. He was under the doona, shivering, but the atmosphere was thick with bacterial revoltingness and actually, I'm pretty sure I did him a favour by letting some fresh air in, air that he hadn't been breathing into his diseased lungs and then out again through his infectious mouth. 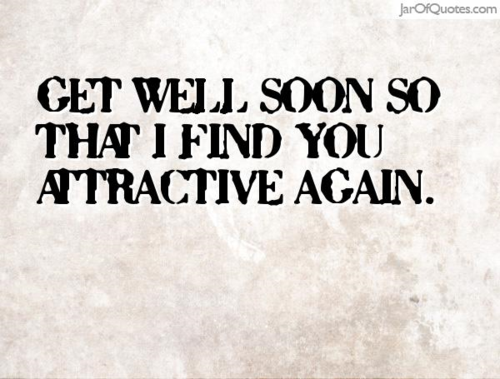 Oh, I know. It's cruel of me – particularly considering that when I am sick, Bren is the most compassionate and attentive nurse ever. But I have a sunny disposition, a perky bum bum, make incredible chocolate hedgehog AND can memorise raps by Dizzee Rascal that would BLOW. YOUR. MIND. All I'm saying is, you can't have everything.

Please pray for me. I mean Bren. I mean me.