Motherhood and PND: you are not alone. 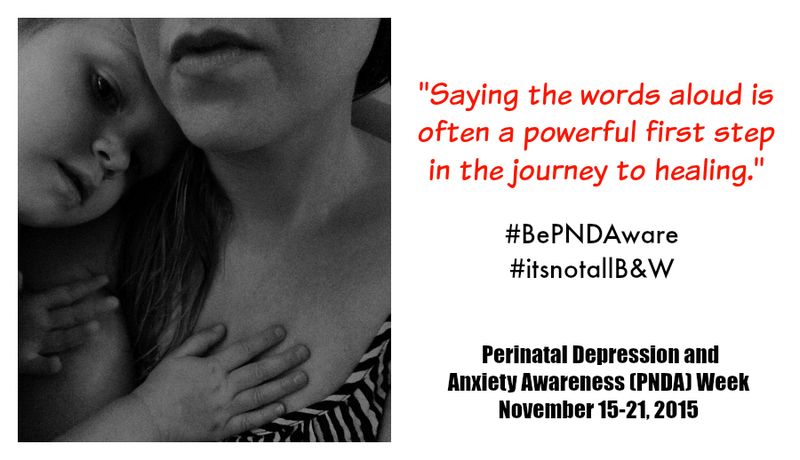 When my first child, Luca, was born, I spent the first six months of his life walking five feet off the ground. I was elated. Exhausted, emotional and at times, frazzled, but mostly, happy.

When my third child, Harlow, arrived, I was all those things to the power of three, but the novelty of seeing tiny girl bits at every nappy change was a powerful antidote to the trying times.

It was the second child that knocked me off my game (poor middle child).

Ziggy, my precious second son, arrived via the VBAC I desperately wanted. I was enormously relieved to have avoided another caesarean. Physically, the immediate difference post-birth was significant. I was instantly mobile and not under a cloud of pain meds. I should have been feeling amazing. And intitally, I was.

But later that night, when Bren had gone home and it was just me and my baby in the hospital room, I felt a weird disconnection. I looked at my tiny boy sleeping in his Perspex crib, and I wondered, “Who are you?” Being alone with him sent a wave of anxiety through me.

It had not been this way with my first baby and so the feeling shocked me. When I looked at Luca’s face, I instantly recognised myself. I felt I knew him . Ziggy looked more like Bren’s side of the family – which is perfectly understandable given that Bren is his father, duh – but in that quiet moment, I found it unsettling. Who was this tiny stranger?

By morning, that feeling had largely subsided. Ziggy was breastfeeding well and I couldn’t help but adore him. When Luca came in to meet his baby brother, I was overwhelmed with the intensity of the love I felt for my little family.

But the sensation of not wanting to be alone with my newborn son was a buzzing undercurrent that became a deafening roar once I got home from hospital. Ziggy had arrived almost four weeks early which meant that Bren’s annual leave did not start for another couple of weeks. He had to go back to work almost immediately after his new son arrived, and the idea of being home alone with a three-year-old and a newborn terrified me. I could not stop crying. My mum took the week off work to spend those rough days with me. It made the world of difference.

Things settled down pretty quickly from there. I attribute this largely to the incredible support network I had around me. Also, the fact that I already had a history of depression and anxiety was, as odd as it sounds, a blessing because I knew what those feelings were when I began to feel them.

But what I credit most for the brevity of my struggle after Ziggy’s birth is the fact that I was already taking Zoloft. This was what stopped those low days from tipping over into more serious territory.

By mentioning my medication, I certainly don’t suggest that this will be the right solution for everyone. I can only tell my story and what I found helpful. But I think it’s important to acknowledge that anti-depressants are an option – and there’s no shame in taking that option when nothing else is working. Regular exercise and getting out and about will be the turning point for some, but then there are mothers who just about wear pram wheel grooves into their local footpaths trying to ‘get some fresh air,’ while inside, they still feel completely out of control. And when well-meaning advice doesn’t work, this can exacerbate the feelings of failure.

The thing about depression and anxiety is that it can present differently in everyone. It stands to reason then that the solution may be different, too.

Feeling a heightened sense of anxiety after a baby arrives is to be expected. Babies are incredibly tricky and demanding little creatures! And who wouldn’t shed a tear or two when they’re operating on a mere fraction of the sleep they used to enjoy? Having a baby is a wild ride and topsy turvy emotions are par for the course. But so often when we attempt to reassure new mothers that what they’re feeling is normal, we can actually minimise their struggle. By telling a struggling mum not to worry, we can inadvertently stop her from asking for help because she decides what she’s feeling must be normal. And if these ‘normal’ feelings make her feel so awful, what does that say about her mothering skills? Maybe she’s just no good at this whole motherhood caper? This kind of self-talk can be dangerous to someone who is already vulnerable.

So where might a struggling mother (or father) look for help? PANDA is an excellent place to start.

PANDA (Perinatal Anxiety and Depression Australia) is a national government funded Helpline providing vital support, counselling and referral for Australian parents and their families. I met with the Helpline manager and was so impressed with not only her vast wealth of knowledge but her deeply empathetic connection with parents enduring PNDA ( Perinatal Depression and Anxiety).

This connection, this acknowledgement that PNDA is real and serious is crucial on so many levels, first and foremost to help people towards recovery but also to end the lingering stigma attached to mental health issues.

When motherhood doesn’t seem to be going the way we thought it would, the sense of failure can be crushing. Everywhere we look, we see shiny, happy mummies with their chubby, happy babies. We haven’t brushed our hair for a fortnight, but that mum on Instagram is doing tricep dips on the kitchen bench while tandem breastfeeding her twins. Who never cry. We wonder where we are going wrong.

Forget the comparisons. We’re all running our very best PR campaign for motherhood. We share the pictures where everything looks rosy. But if we shared pictures of the other 1000 moments in a mothering day, Instagram would look very, very different. 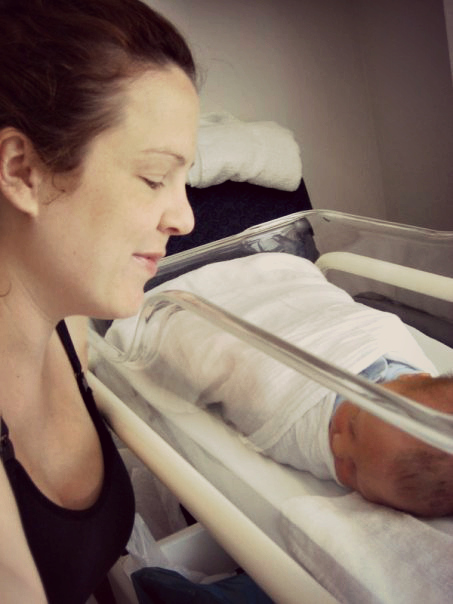 For instance, I never shared a selfie of the moment I thought about throwing my baby across the room because he wouldn’t stop crying. And I didn’t share the picture of the toddler bawling his eyes out after I pushed him over to ‘teach him’ what it felt like when he pushed his baby brother over.

Motherhood has tapped into a well of good things in me that I was not aware of before I had kids. Things I am proud of. But it has also uncovered the darkest aspects of my personality when I am running on anxiety-fuelled adrenalin and sugar binges alone. There are moments I am ashamed of. Powerful though my love may be, it can’t save me from my human self and all the complexities that go with that. My mental health is an ongoing challenge and I balance it as best I can. I am not perfect.

But I am lucky. Treating my mental illness before, during and after my pregnancies has meant that I did not miss those precious months of babyhood. Statistics indicate that many women who experience perinatal anxiety and/or depression suffer for 6 -12 months before they get help. Some wait for years. That’s such a long time to be struggling, so many precious moments lost under a fog of desperation. It doesn’t have to be that way. Early intervention is so important.

As I mentioned earlier, depression and anxiety can look different depending on who is experiencing it. For me, depression looked less like sadness and an inability to participate in life, and more like extreme irritation, feeling irrationally anxious and moments of actual rage.

These Fact Sheets from PANDA list common symptoms of PNDA as well as ways to get help and also how to help someone you suspect may be suffering. To that end, PANDA encourages starting real conversations with your parent friends. Sharing your honest account of parenthood can often be the impetus for them to share theirs. Saying the words aloud is often a powerful first step in the journey to healing. It certainly was for me.

Struggling with your mental health throughout pregnancy and into parenthood is a special kind of bullshit. There is no good time to suffer anxiety or depression, but the timing of PNDA is especially brutal.  It robs so many parents of the joy they deserve to be feeling. Moments between mum and baby (or dad and baby) are lost to just trying to survive.

If you or someone you know is not coping, please, please, please call PANDA. On the other end of the line is someone who will listen and really hear you. They will agree that what you’ve been enduring is bloody awful and they will assure you that there are ways to start feeling better. On the other end of the line is a person who believes you when you say you’re not coping. They’ll believe you because you are one of thousands of parents feeling this way. What you are feeling may not be normal, but you may be surprised to learn how common those feelings can be.

Reach out. You are not alone.