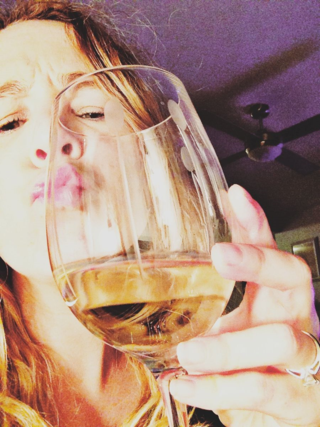 What’s your greatest fear? It’s a question I’ve never been able to answer with conviction. Others reply without pause – SNAKES! SPIDERS! BEING STUCK IN AN ELEVATOR PLAYING MARIAH CAREY ON REPEAT! Vivid, very specific fears. I have a friend who is so deathly afraid of slugs that accidently stepping on one made her cry. And sure, spiders, snakes and slugs (and Mariah Carey) don’t thrill me either, I’m not particularly great with heights and obviously, I am always waiting for someone to murder me in my sleep, but it’s not like I’m plagued with fear.

But then Harlow declared, “I need to do wees!” as we walked around a shopping centre and it came to me in that violently shivery moment: PUBLIC TOILETS. My greatest fear is public toilets.

While other people dream of human sized spiders or beds writhing with snakes (PS, that’s totally a sex dream), mine are full of filthy toilets, encrusted in piss and blood and shit. My nightmares are straight out of that scene from Trainspotting.

So with this in mind, it should come as no surprise that I have been relatively slow to toilet train all of my children. I have always backed up my decision with the literature that says toilet training should only be commenced when the child is showing an interest, but now it occurs to me that I was probably avoiding the combination of public toilets and small children – the most perilous combination of all. And if little boys and public toilets were a worry, little girls and toilets are the stuff of nervous breakdowns. Boys at least have the luxury of keeping their distance from the offending receptacle as they piss into it. Girls have to make actual bodily contact. I dread using public toilets personally, but children have none of my germ phobias and their casual attitude to public toilet surfaces – including walls and doors – almost ends me. Don’t touch that! Hurry up! Wash your hands! More soap! More!

I feel shaky just writing about it.

But we’ve reached an incredible milestone in the life of a family. No more nappies! I couldn’t work out why our previously overflowing bin was now half empty each week and then I twigged. It’s wonderful in so many ways. Except that I see heaps of public toilet action in my future. No.

I am also now free of well-meaning advice from people who ‘know’ how to toilet train my kid. In hindsight, letting my kids lead toilet training wasn’t a foolproof plan – one of them would have been in nappies as they graduated high school. At some point, gentle intervention is required. A nudge in the right direction. After three kids and all manner of mishaps along the way, all I can truly say with certainty is that declaring war on the TT resister is the very worst way to handle it. No matter how frustrating it gets – and fuck, it gets frustrating – yelling or shaming just reinforces fear and resistance. A no-brainer in theory but not always easy in practise.

The only advice I would dare to give is that all kids get there eventually. But then this kind of platitude does a disservice to those parents who perhaps are dealing with a more complex resistance. This leads me back to my original standpoint of never giving parenting advice to anyone. Seriously! Unless I’m asked, I try to shut my mouth. And that’s not too hard because I never feel like I am an authority on parenting – and I am uber-aware after having three kids that there is no one size fits all solution for anything.

I suppose I just want to reassure my fellow parents who haven’t managed to toilet train their kids early and quickly. Comparisons are bullshit and serve no purpose other than to make you feel like a failure. Harlow is 3 and has just trained. It took her less than a week for it to click but prior to this, she had shown ZERO interest. I would sit her on the toilet and play the ‘gently running brook’ sound on my meditation app – after half an hour, I’d never needed to piss more urgently but the kid was having none of it.  I was beginning to fret despite the fact that I had been through a similar experience twice before. I can’t point to any one method that offers surefire success – it’s individual for every kid despite what well-meaning jerks will tell you. The best I could do was gently encourage, pay attention to where the resistance was coming from (and it was different for all three of my kids) and keep persevering. I took one kid to a chiro who did a funny little hocus pocus-looking thing to them. It seemed to work but then it didn’t and I can’t 100% recommend it but then again, I wouldn’t advise against it either. If you read about a method that others have had heaps of success with, try it! Why wouldn’t you? But don’t be discouraged if it doesn’t work. Just keep going. Gentle encouragement and positive reinforcement aka marshmallows. Marshmallows have played a crucial part in our TT success.

For most of us, that awful nagging feeling that we’ll never get there turns out to be false. We do get there and all the worry becomes but a distant memory. But trust your gut. Don’t let platitudes dissuade you from seeking further help if you reckon that’s what your kid needs.

And good luck! This parenting shit be cray.