You know you’ve had too many kids when that series you’ve been meaning to watch since it began is about to wrap up its fifth season.

So collaborating on a series of posts about Offspring was the perfect opportunity to finally watch it. I wouldn’t have to make an excuse for ‘me time’ because it was a bonafide job that people were relying on me to complete.

Excellent plan, I thought, and I embarked on a quest to watch the first four seasons in one month. A total of 48 episodes in 30 days. Only 1.6 episodes a day. How hard could it be?

Well, considering I hadn’t managed to find the time to watch even ONE episode in the last FIVE YEARS, it wasn’t quite as easy as I imagined. But I was focused and on track to complete the task.

But then something strange started happening. I began to drag my feet, make excuses not to watch it some evenings. What was going on? And then I realised, I don’t want to get to the end.

Marathon viewing is still the best way to watch a series. I haven’t changed my mind about that. Watching back to back episodes because you can’t get enough is one thing, but watching them this way because you’re on a timeline is another. I’m enjoying this series way too much to rush through it. Nina and Patrick have just decided to move in together and I don’t want to fast-forward to their inevitable demise. I was hurtling towards disaster and I care too much about these characters to want to do that. So I had to put my foot on the brakes.

I’m happier now. I’m going to sip this thing like a fine wine. And I’m going to do it with my ever-loving man beside me.

Yes! You heard right. Brendon is watching with me.

Some of our happiest moments have occurred fat-arsing it on the couch together, gorging on back to back television episodes. Yes, sharing the births of our children was a beautiful experience, but watching The West Wing without the subtitles on bonded us together with an intensity I can’t describe. 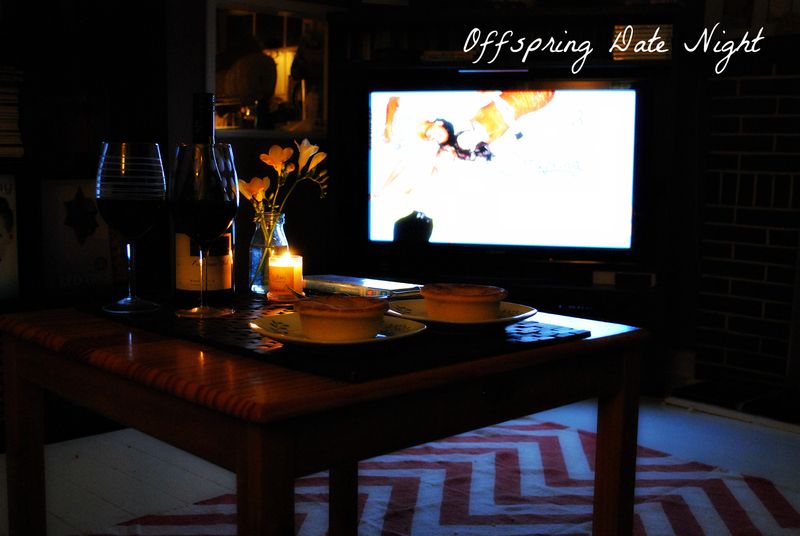 But Offspring is kind of a chick thing, isn’t it? And being that Bren studies most nights, there was a moment I thought maybe I’d have to do this one solo. To get Bren on board, I had to get creative. I had to make it seem like watching Offspring was actually about HIM. So I secretly disguised “Offspring Night” as “Date Night.”  Flaky pastry pies, red wine, scented candles and the kind of television drama which is, let’s face it, like porn for women. All the sexual frisson without the thrusting manhoods. The suggestion of shenanigans is sexier than the actual shenanigans. I admire a race car but am less interested in watching the working parts.

Hang on, I think I’ve fallen off the topic here. 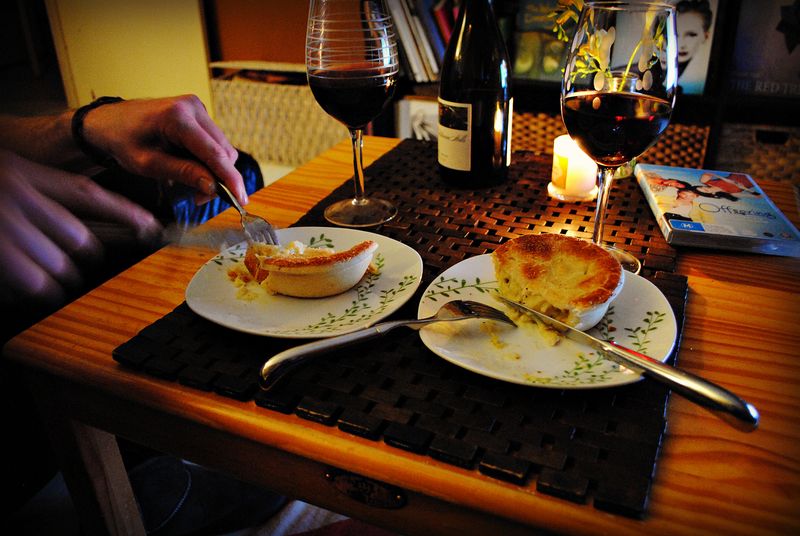 Tips for getting your man to watch Offspring with you: 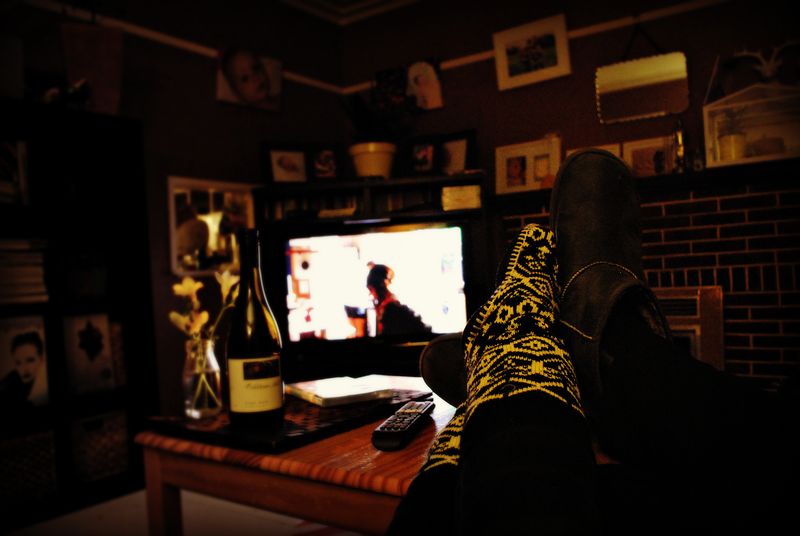 Now some of you may be put off by the idea of Date Night since it traditionally suggests there will be nakedness at some point. My special trick is to keep saying yes to another episode until you’re both so tired you can’t even remove your pants for the purpose of sleeping. However, if you do want to have sex (hello, you strange little creature!), then Patrick with a bear skin slung over his naked torso should warm you up sufficiently.

Or have a 2-year-old. Nothing is guaranteed to fuck up Date Night more completely than a 2-year-old! 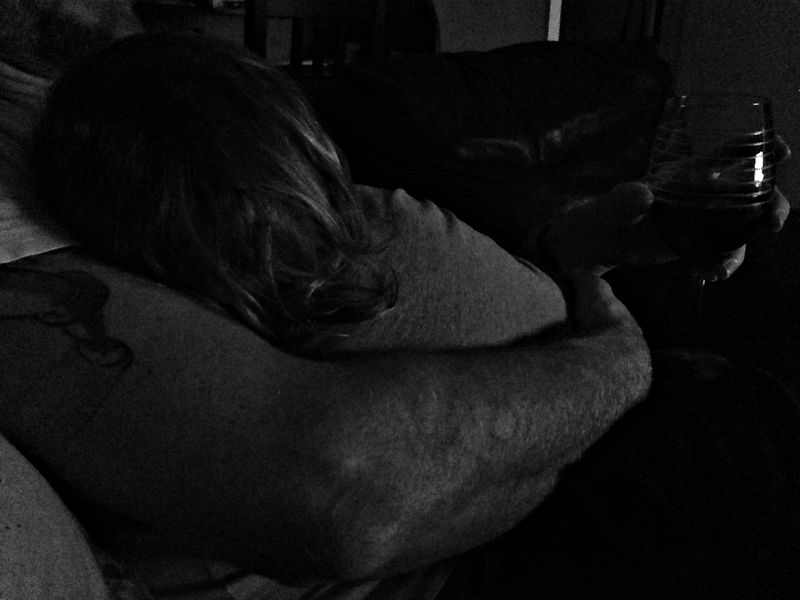 And that was the end of that…

Bren and I are part way into Season 3 and luxuriating in that glow of new love: Nina and Patrick’s, that is. Our love is old and comfy and wears slipper socks. Heaven, really. But new love is intense and exciting and fraught with complications. And so are the Proudman family. Living vicariously through their messy lives is thrilling. And torturous. And hilarious. And anxious-making. And gut-wrenching. All the things you want from a great TV drama.

If you’re up to date, you’ll be anxiously awaiting the last two episodes of Season 5. But if you’re like me and have been meaning to catch up, then you need this:

Yes, my fuzzy little peaches, this giveaway is for everyone who has been meaning to catch up on Offspring or anyone who wants to revisit the first four seasons. We’ve put together a little date night pack valued at $150 just for you.

Note: the chilled food element means that the complete prize is only available to Melbourne residents. But I don’t want you interstate lovelies to miss out on the chance to win an awesome Offspring boxset so your entries are still welcome, but please note that your prize will not include the yummy pies. Sorry!

Disclaimer: this is a sponsored post in collaboration with Madmen Entertainment and Isle of Lime. Always so much fun to work with brands who let me speak my unfiltered mind!

And the winner is

ANGIE!! I'm 29 weeks pregnant and yet to experience this Offspring juggernaut. Who cares about date night? Give me the pies and the series already!!!!

Thank you to everyone who entered.