A Wee Chat and a Giveaway – CLOSED

I can see them now. Half a dozen women sitting around the kitchen table, sipping on refreshments as the sunlight streams through a nearby window catching the silvery white of their hair. Someone makes a joke and as we watch the group erupt into gales of laughter, we know, we all know, at least one of them is now sitting in a puddle of their own wee. 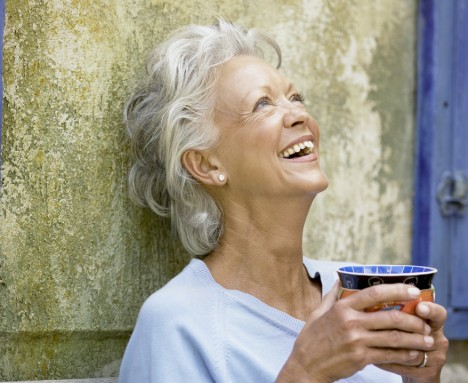 I hope she was bracing! (source)

These were the incontinence advertisements of my youth. Women of a certain age in button-down blouses whose terrible secret was rivalled only by the woman who realises she might have forgotten to clean the toilet when unexpected guests pop around. Who needs prime time drama when we have advertising executives?

Any woman who has given birth will tell you the true introduction to motherhood is really a series of indignities visited upon us one after the other. Sharing your body with a growing baby is a reasonably big deal and few of us walk away from such an epic experience without noting at least a few minor changes to our bodies.

Actually, post-pregnancy, 1 in 3 women will discover that the grey-haired lovely on the Tena Lady ad is not the only one who’s afraid to laugh.

After three kids, I am pretty pleased with the steely resolve of my pelvic floor, but I did have an ‘experience’ once. It was just a week or so after my second son, Ziggy, was born. I was catching up with friends at the park. Zig was snug in his pram when toddler Luca went running off – straight to the duck pond. Naturally, I parked the pram and took off at a rapid clip after my absconding child. And as I ran, I felt it. With legs scissored in mid-air, I did a little wee.

To say I was shocked is an understatement. I immediately slowed my pace and instead briskly marched to Luca’s side and directed him away from his watery doom as I contemplated mine.

It was the strangest thing. Seemingly apropos of nothing, I had weed in my pants. The action of running must require a certain tension in the muscles of one’s pelvic floor and mine just did not deliver. Thankfully, my experience was minor, but a very weak pelvic floor can exacerbate the severity of your symptoms.Weeing your pants sucks but beats a prolapsed uterus, y’know?

After all the hard work of growing and birthing a little human, it’s a real kick in the pelvic floor that we’re three times as likely to experience bladder leaking than women who haven’t had a baby. But the great news is that this is treatable and even preventable.

The answer lies in regular pelvic floor exercises. Ever done them? I remember my mum telling me how important doing your Kegels was back in the eighties. I must have been around 10 or 11 and was mildly disturbed at the description of how to do the exercises – something about sitting on an upside down stool and squeezing your vagina around one of the legs. 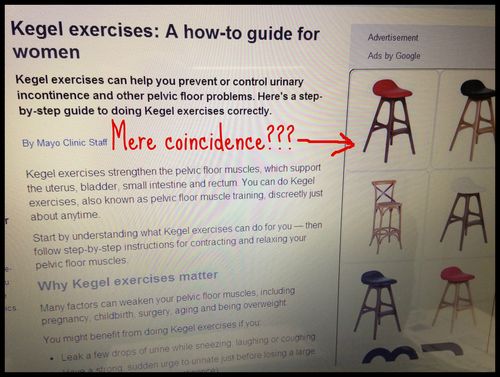 Unless Google can read my Word documents before I publish them online, I find it disturbing that THIS, an advertisement for STOOLS, came up when I searched Kegels.

What? I don’t know. I was eleven and maybe I’ve confused the details. But what I do know is that despite questionable directions, I was able to locate and exercise the muscles and have been doing so sporadically ever since.

I say sporadically because let’s face it, the list of things I should do each day is long and now I have lists for three children as well so sometimes the old pelvic floor gets forgotten. But consistently performing these exercises during pregnancy is your best bet against future pelvic floor issues.

With this in mind, the Continence Foundation of Australia has released a free new app Pregnancy Pelvic Floor Plan which is aimed at pregnant women. With the due date input, this clever app sends push notifications of key pregnancy milestones and crucially, thrice daily reminders to perform pelvic floor exercises. And these exercises can be done anywhere – at home, at your work desk, even out to dinner with the in-laws. I’m doing mine right now!

Though I am not pregnant, I downloaded the app to check out the features and was educated on my very first push notification. It turns out one of the exercises I have been doing is actually not an effective exercise at all. Stopping your wee midflow? Yeah, not an exercise. It’s a good test of how your pelvic floor is holding up (if you can’t stop the flow, this is a sign of weakness) but doing it will not help strengthen the muscles. And may actually weaken them.

Huh. I’ve been doing this since I was 11. It might be a hard habit to break.

So my little pregnant friends, Pregnancy Pelvic Floor Plan should be your new favourite app. In addition to milestones and exercise reminders, the app offers loads more info relevant to your pregnancy journey including back care, sex (I don’t get it?), preparing for birth and postnatal depression. You can download it free on iTunes or Google Play. And next, I think the Continence Foundation needs to launch one for us non-preggies since menopause and getting older in general can all affect pelvic floor weakness. 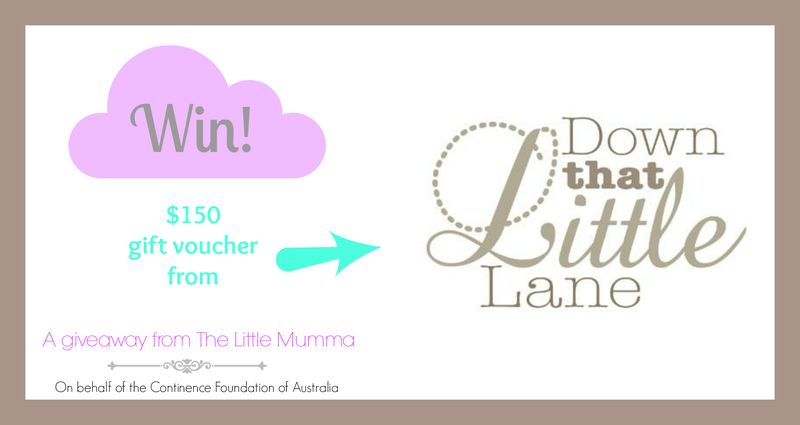 To celebrate the launch of their new app and to continue their efforts to raise awareness of pelvic floor, bladder and bowel health during pregnancy and beyond, the Continence Foundation of Australia are giving one lucky reader the chance to win a $150 voucher from Down That Little Lane. If you’re not familiar with them, this little online gem is a curated collection of the best and most gorgeous products sourced from sellers across Australia and lovingly featured in one online space for your convenience. Take a look at their website to discover hard to find treasures for you, baby and so, so much more.

Simply answer this question in the comments below. I’ll choose my favourite!

Disclaimer: this is a sponsored post in collaboration with the Continence Foundation of Australia. I am proud to work with them to help spread awareness of this important issue. And they let me choose the giveaway prize – I wish I could enter!

Thank you to everyone who entered. So many beautiful responses. I had a terrible time choosing!

The lucky winner is:

What surprised me most? How much I enjoy motherhood and how relaxed I am with her. This is in contrast with control-freak me at work and is a side of me I really like. 🙂