Around Here: a little update

This blog is worse than a real job because I am both the boss and the employee. As a boss I am a relentless jerk and as an employee, a lazy fool. This culminates in the lazy fool generating about 10% of the blog posts the relentless jerk demands.

Relentless Jerk is forever calling Lazy Fool into the office for a good dressing down. This makes Lazy Fool feel terrible about herself but it doesn't magically create more time in which to write or bless Lazy Fool with the ability to function on zero sleep.

It's a very unhappy work relationship. But both Lazy Fool and Relentless Jerk agree that too many children is the cause of all the problems.

One really must have time away from one's children in order to create a successful blog about one's parenting.

Blah, blah, I bore myself to tears.

Anyhoo, I thought a little catch-up was in order. 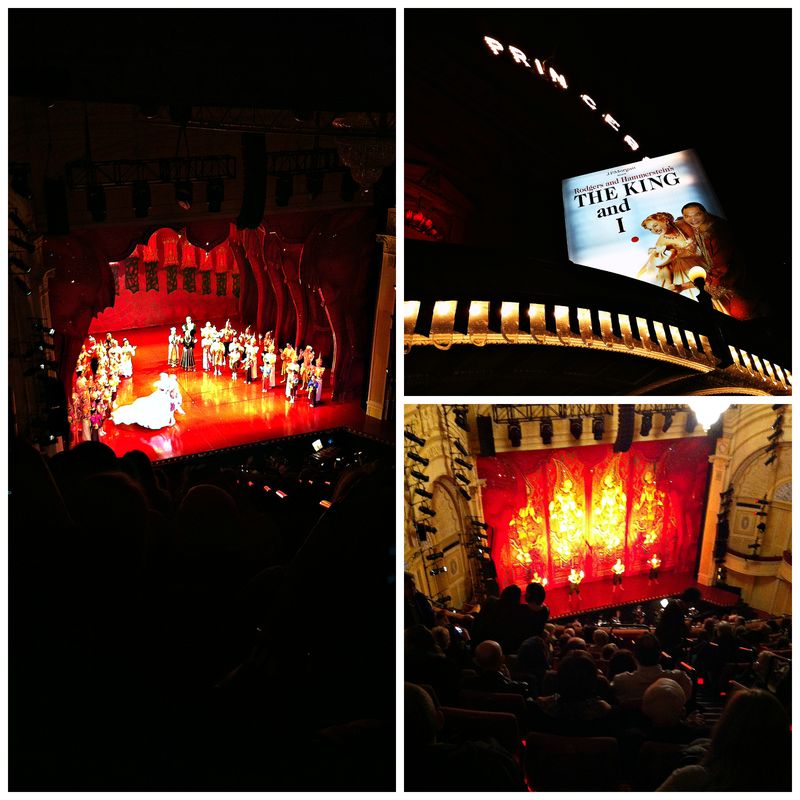 Though my boss is a jerk, one blogger perk is going to do stuff and see stuff for free. It's nice. So I jumped at the chance to see a preview of The King and I at the Princess Theatre. I was going to take Bren but he came down with Man Flu so I took my mum instead which was actually fitting seeing as how it was she who began my love affair with the theatre.

I would not have gone to see this show because time/money/kids/BLAH – and what a spectacle I would have missed. I'd never seen this Rodgers and Hammerstein classic – hadn't even seen the movie – so it was especially awesome because the story was new to me.

Lisa McCune is exceptional in the role of Anna. I remember seeing her on stage for the first time years ago and being completely sceptical about Maggie Doyle's ability to hold a tune, but the girl can sing. And the King, Jason Scott Lee, is also fabulous. In some ways, the story is dated but the staging is so gorgeously elaborate that you can't help but be swept up in the magic.

And I realised how much I miss being a human being in the city. It was a mild Tuesday evening and the city was buzzing with energy. It's so easy to get stuck in the 'burbs, thinking that everyone is in bed by 10pm. I'm not suggesting we can all get weekly babysitters and start reclaiming our youth, but making it a priority to break out of the well worn path of day to day life is important, even if it only happens every six months or so.

Bren and I last went to the theatre when Luca was around 18 months old. I think we're due to go again. 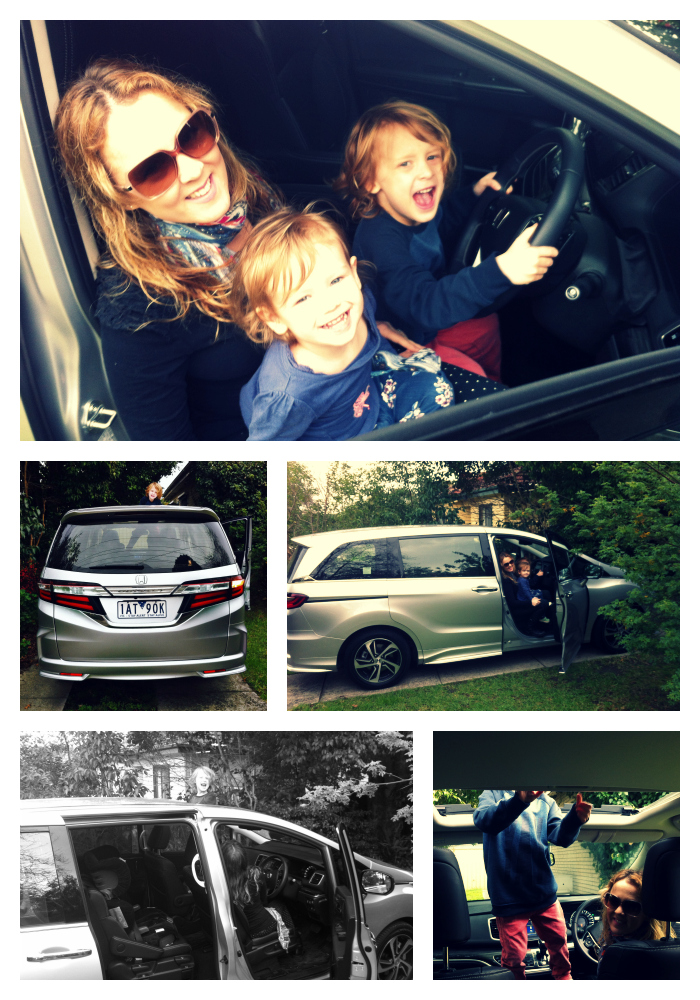 Second blogger perk: test driving brand spanking new cars for a week. This is the Honda Odyssey and when I went to pick it up, I nearly died because it looked really LONG. As in, I'll never be able to park this thing long. I felt very bad for the lovely girl handing the car over to me as I drove out of the parking garage in South Melbourne. Here's me, veteran manual car driver, bunny-hopping an AUTOMATIC vehicle down the street. How one bunny-hops an auto I can't really tell you except to say that the brakes on a new car are SUPER touchy and I was probably trying to use both feet a la manual driving thereby hitting the brakes and the accelerator at the same time. Whatever. Idon'twannatalkaboutit. The important thing is I taught myself to drive an auto again and when it was time to give the Odyssey back, I was very sad.

It is THE roomiest car I have ever been in. Bren could stretch his legs to their full length and I had to shout so that Harlow could hear me in the very back seat. Despite this, I didn't notice the extra length of the car when driving – although I admit I did not attempt to parallel park. I did reverse park though and the cameras were awesome for this purpose.

When I hopped back into my own car at the end of the trial, I was very disappointed that it did not have a seat-warming feature or that new car smell. I was simply bereft with my First World problems…. 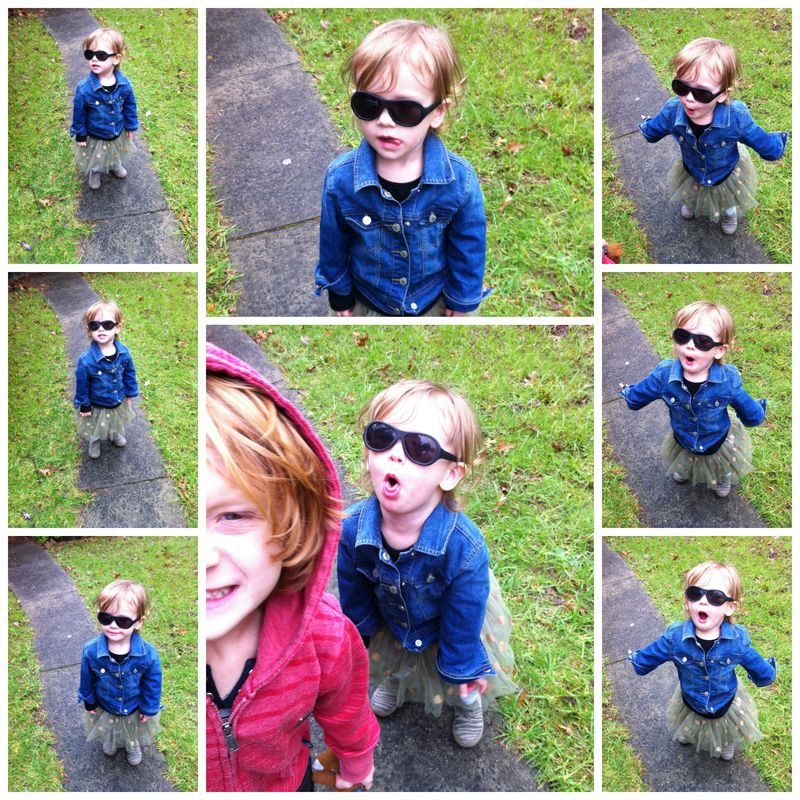 Last time my mum came to visit, she commented that Harlow was "so feminine." Moments later, Little Miss Ladylike came stomping through the kitchen pulling a face like the middle one above with an accompanying vocal that sounded something like "blaaaauuughhhh."

Yes, I agreed, so feminine.

As tempting as it may be to break the world record for longest engagement, we're taking tentative steps towards finally, finally getting married. Naturally, this involves me spending hours looking at wedding gowns online.

But looking through some of my pins, I have had a revelation. 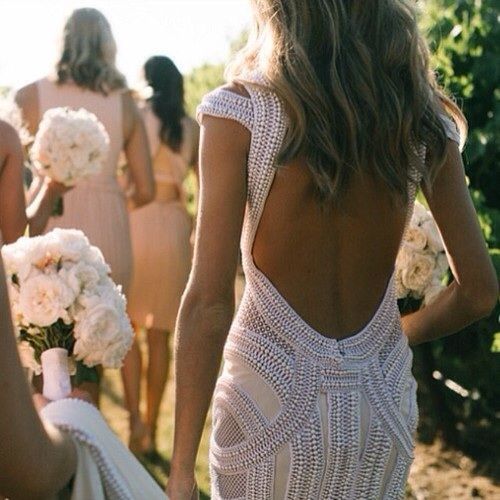 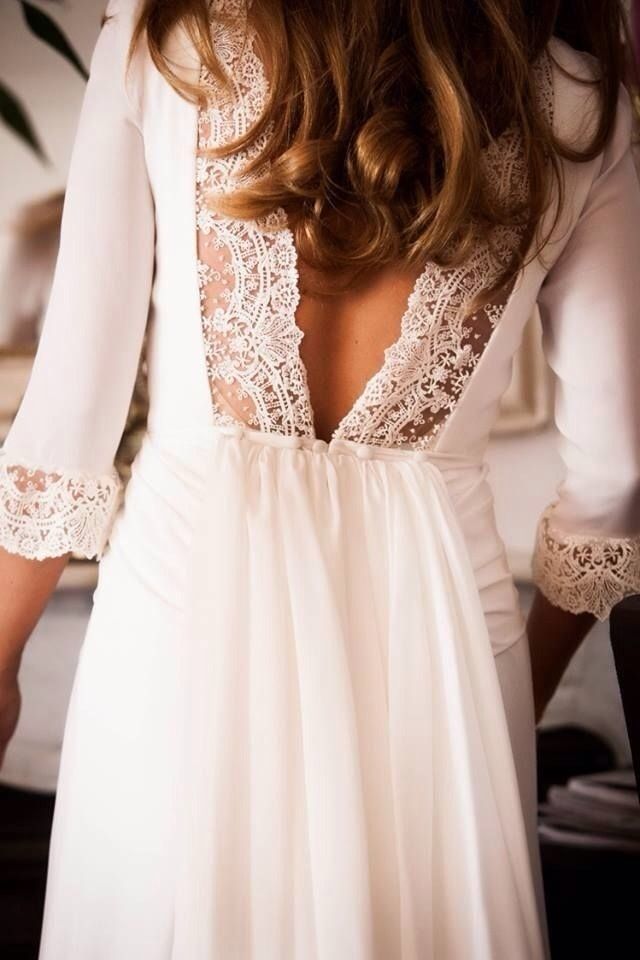 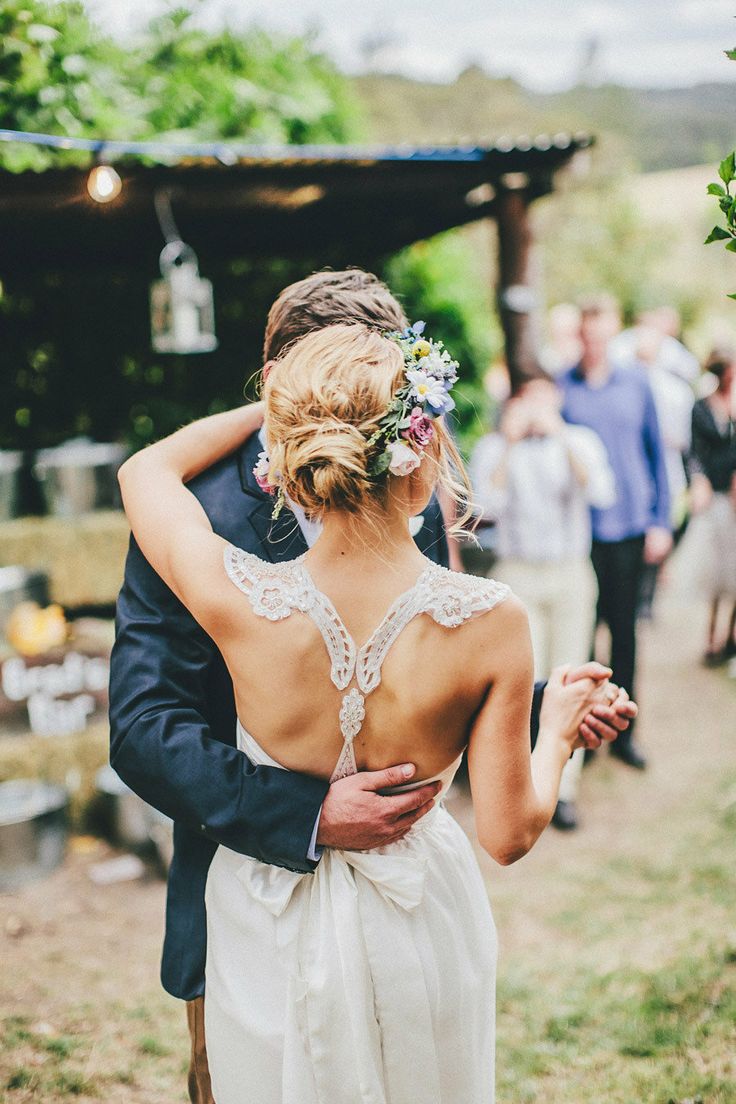 Enamoured though I may be of this backless style, exactly where would I put my boobs? Years of breastfeeding and gravity would suggest that a brassiere might be handy but in the above images there is not a bra strap in sight . So it seems I have been busy dreaming of a bridal look that involves me having no breasts or at the very least, a pair of tits very unlike the ones currently residing on my chest.

I think I need to go back to the drawing board. Or to the bridal store – to actually try on different styles.

On that, I'm interested to know how many dresses a girl should try on before making that crucial decision. Did you know your wedding dress at first glance? Or did you traipse all over town to find the perfect one? I feel like half the fun is seeing yourself in the totally wrong dresses first.

Something about cold weather and grey skies makes me feel like staying under my doona all day long. I am so tired. I haven't been to the gym for two weeks. I feel like hell. If I threw myself a pity party, I would bake myself this cake. 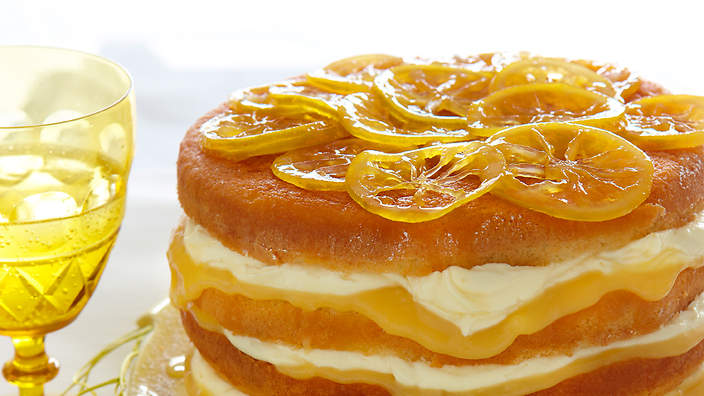 I recently made another version of a similar cake and it was delicious. This recipe has the addition of almond meal and a syrup that goes over the top which I think would make it even better. It mentions using a store-bought curd but my god, don't do that! Homemade curd is easy and so much better. Check out this one.

In other news, Luca will be 7 in just over a month, Bren has one more semester of his engineering degree to complete and Ziggy's kinder teacher described him as being 'switched on' and one of the sweetest boys in his class.