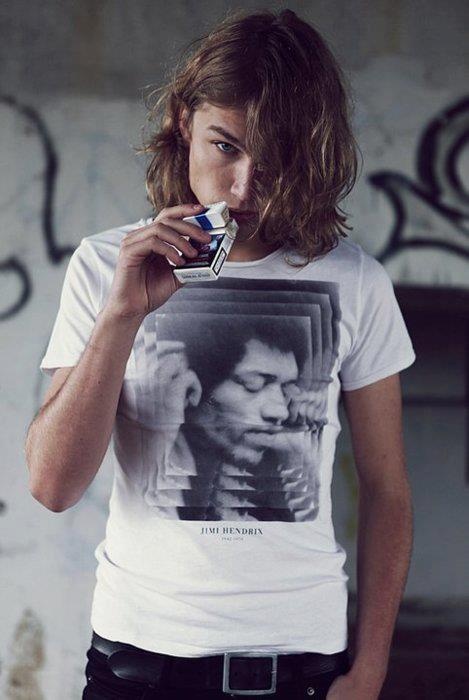 It was his eyes I noticed first.

Even from across the room, they mesmerised me. Pale ocean blue.

And they were staring straight at me.

“Who is that?” I asked my girlfriend.

She glanced in the direction I was looking and smiled. Spoke his name.

But still, his eyes. And the hair. Long, dirty blond. We were a million miles from the beach but he fit the surfer fantasy I’d been harbouring since my teens.

We circled each other most of the night. He hung back in the dark corners of the pub but I knew where he was as though a magnetic field was pulling me to him. When he moved across the room to the bar, I felt like I would faint. Even the way he walked was sexy.

Good lord, I’d never wanted anyone or anything more.

But apart from the occasional eye contact, I wasn’t about to let him know that.

I toyed with the straw in my drink, leaned into my girlfriend to whisper conspiratorially, and laughed easily when others approached to talk. But all I could think about was kissing his gorgeous mouth, to taste the cigarettes and booze.

Last drinks were called and in my stomach, butterflies were dancing. The night was ending and with it, my chance.

Crowds spilled out onto the sidewalk and then moved on to a nearby take-away joint where drunken boys and girls were suddenly starving for greasy food.

Still we were circling.

My girlfriend, the designated driver, was getting tired. What were we doing?

“I just want to see …” I knew something was about to happen. I was sure of it. But I was in that unbearable limbo. Someone needed to make the first move.

“Where is he?” she asked, looking around. Scanning the faces, I realised he had disappeared. My heart was thudding, disappointment was creeping in.

“But he might come back…,” I wailed but she was already striding towards the car and I followed reluctantly behind her.

She was right. What the hell was I doing hanging around for a guy I didn’t even know? A guy with a really stupid nickname?

I climbed into the passenger seat of the car and as we pulled away from the kerb, I saw him appear from a side street, presumably having just taken a piss. He raised his hands in a “What’s going on?” gesture, a bemused smile on his lovely, drunk face.

“There he is! There he is!” I cried, turning around in my chair to watch him through the rear window.

“No way are we going back,” my girlfriend said though I pleaded with her to turn around, and as we sped off into the night, I held my hands out towards this beautiful boy like I was being dragged away from the love of my life.

So much for playing it cool.

I turned back to sit properly in my seat, and we drove in silence for a good five minutes or so, the car  headlights the only two points of light on the darkened road to home.

The silence carried the tension between my girlfriend and I until eventually I spoke.

“It doesn’t matter, “ I conceded, “I haven’t shaved my legs anyway.”

Our laughter split the moment apart. We plotted my next move all the way home.