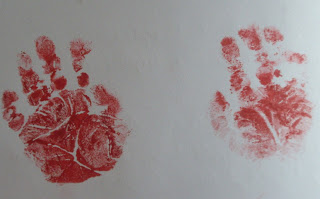 My friend Sally has taught me about grief.

My direct experience with it was limited to the death of a grandmother who was 90 years old when she passed. I adored her and of course, her death was sad, but I understood that she had lived a long and full life. She was ready.

I believed that grief was natural and healthy, and that people should express it as they saw fit. But I probably also thought that grief was something you had to, at least at some point, get over.

Then I met Sally, and I realised that I had no idea what true grief was. If losing an elderly grandparent is the natural way of things, losing a child is the absolute opposite. But at the end of a healthy, full-term pregnancy, this was the reality that Sally and her husband Simon faced.

Hope Angel was born on Tuesday 19th of August, 2008. She had ten little fingers and ten little toes. A darling rosebud mouth. She was a perfectly formed baby girl. But her heart, also perfect, was no longer beating. And so it was that her birth day was the saddest her parents and wider family had ever known.

In a room that should have been buzzing with excitement and joy, Hope’s parents, grandparents, aunts and uncles passed her tiny bundled body between them, staring down into her sweet face, her eyes closed as though sleeping. If fairy tales were true, and the sheer force of love and longing could breathe life into her tiny lungs, if the volume of tears could restore her, 8-year-old Hope Angel would be eating birthday cake with her family tonight.

Once upon a time, I might have thought that after 8 years, the death of a loved one might be fading. But how can grief fade when the love and longing is as powerful as it ever was? And at what point could a parent reasonably be expected to stop loving and longing for a lost child? The answer is never.

So I am grateful to Sally for helping me to better understand grief – especially in a society that is so uncomfortable dealing with it. Through our friendship, I have absorbed some of that sadness and though I dare not assume I feel the magnitude of her pain in any real way, I like to think it has expanded my capacity to understand, to empathise rather than sympathise.

Driving in the car recently, a thought broke through all the usual barriers a person constructs when they become a parent and I allowed my mind to consider life after losing one of my children.  Stopped at the lights and out of nowhere, my lungs seized. The thought penetrated for several beats, long enough for tears to well and a sob to build in my throat and just as quickly as it had come, I pushed it away. In that moment, I understood what a luxury that was. And that Sally enjoys no such luxury. Thoughts of losing a child are not hypothetical for her.

After those few wrenching moments when my mind went where a parent’s mind should never go, I was almost grateful. They reminded me of how I felt when I first heard Sally’s story. And to be Sal’s friend is to always stay connected to how that felt, to never forget it. Because she never can.

So as Sally’s friend, I understand that I will help her carry this grief forever more – because her daughter was here and now she’s not and there will never be a time when that’s okay. I want Sally to know that I am equal to this task. I so cherish the fun and hilarity that knowing Sally brings to my life and it is only right that I share in her sorrow, too.