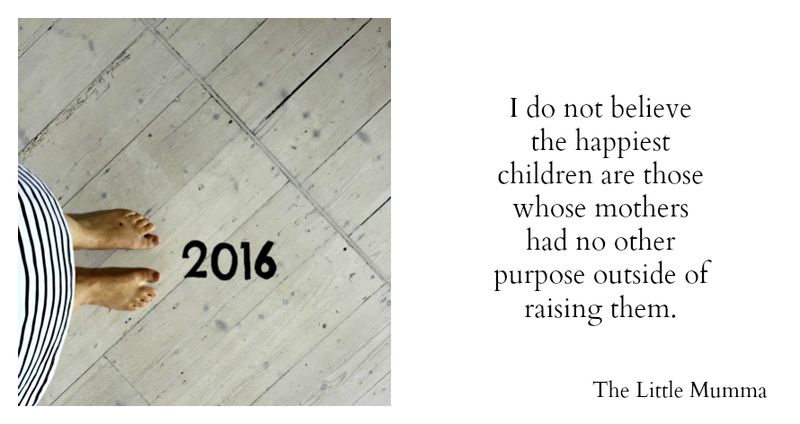 And when the clock ticked past midnight, I was all those things and becoming ever more so.

Okay, yes, I ended up at the emergency department at 7am when my panic attack would not abate, but let it be stated for the record that I regret nothing.

I had so much fun that night.

But the bigger issue was a nagging voice in my head that kept repeating: Begin the new year as you mean to continue it.

So apparently, my plan for 2016 was: get hammered, have panic attacks, go to hospital, take Valium, sleep most of the day, eat McDonalds and take a long drink from your forbidden lover, Coca-Cola.

I decided to start the new year the following day instead.

On the 2nd day of January, 2016, my resolve was steely. This would be the year that my writing would earn me some actual cash money. Nothing crazy initially and certainly not enough to call ‘a living’ but a slow and steady portfolio of published freelance pieces that made a small but meaningful contribution to our bank balance and my future as a writer.

By end of January, my scorecard looked like this.

But then I had an article rejected. And another one. Another after that. My novel was going nowhere fast, a cursor blinking on an empty screen. And that’s when I remembered;

YOU ARE NOT GOOD ENOUGH.

Oh, it’s a well-worn path I find myself trudging down once again. This cycle of unbridled ambition and optimism followed by crushing self-doubt masquerading as procrastination and cynicism. Who am I, Angie Maddison, to believe that I could ever truly be someone capable of doing something?

I read some articles and decide if that can get published then I simply must submit my own writing to that particular publication. Then I read a book and understand with greatest certainty that I can never and must never attempt to write a novel because it will never match the magical combination of words I have just devoured.

And there I am, stuck twirling in the middle of exactly nowhere, on the precipice of finally doing something and falling back into more of nothing where I am so sad but so comfortable.

But January felt amazing. Take me back to the words pouring from my fingertips, that sense of purpose, of flow. Take me back to those few short weeks when I believed that I deserved to be a working writer and when others believed it, too. And then paid me.

Any artistic endeavour requires thick skin. It was true when I was an actor and it’s still true as a writer. My success in deflecting set-backs rather than absorbing them is hit and miss. I am a small human person with largish plans and sometimes I have to stop and wonder whether I have gone completely insane thinking that my life was meant to be anything other than ordinary.

WHO DO I THINK I AM?

And then other times, I have to get out of my own goddamn way and just write because words on a page, no matter how many or how few, will, over time and with persistence, become a novel. Whether it will be any good is a whole other thing and the reason editing (and editing again – and again) exists.

So I can sit here and tell myself that there is no point beginning such an enormous undertaking until the last of my kids are in school full time. Or I can recognise that this is self-doubt disguised as a practical plan. Artistic endeavours are not practical. They are borne of passion and those small but persistent voices that tell us it is okay to reach beyond the ordinary and attempt to make something beautiful. We ignore those voices at our peril. If we don’t follow what it is that ignites us from within then surely a part of us dies? Look around. We are wading through a sea of unrealised dream ghosts; the air is thick with them, heavy and sad. Defeated.

And so after January and the way that purpose and creativity made me feel, I finally understand why it is that motherhood has never been and can never be ‘enough’ for me. And I am in the process of forgiving myself for that. Because how does it make sense that these beautiful creatures who I willingly brought into the world and desperately wanted, leave me feeling so dissatisfied? I have never known a more ferocious and all-consuming love than that which I have for my children but the day in, day out existence of being their mother does, at times, leave me feeling hollow. Like a slow leak over time, the essence of who I once was has been slipping away. Having children changed me in profound ways but it did not rewire the fundamental aspects of who I am and what I need to feel like a whole person. My children cannot make me a whole person. And nor should they be. They are an aspect of my life, a vital and treasured one, but they are not everything. And what a dreadful burden for them if they were; that my happiness and worth is linked solely to their existence. I do not believe that a good mum is one who completely forgoes all personal endeavours. I do not believe the happiest children are those whose mothers had no other purpose outside of raising them. Being a mother has not removed my ambition and drive. If anything, it has heightened it. I am a better person for being a mum and I am a better writer for it, too.

So the trick is, and has always been, balance. Motherhood is the single most important job I have but it is not the most personally satisfying. Watching my kids grow and develop; it’s hard to describe how joyful this has been to have a front row seat to, an incredible privilege. But those accomplishments belong to them. I am just here to guide them as best I can as they grow into their own people with their own lives. But I can’t sacrifice my entire life until their growing is done. There needs to be a way where I can help my children thrive in this world while thriving personally, too.

I am still a kid on a bike who knows it’s time to throw off the training wheels but is afraid, so afraid, to take that risk.

So bear with me as I navigate 2016. I have grand plans and they do tend to take me away from this little corner of my world. But I love this place and you guys who hang here with me. I hope you’ll stay on the journey with me. I hope I won’t bore your tits off with the emotional rollercoaster ride of my frequent fear and self-loathing.

I hope you might think about listening to your little voice, too, whatever it might be saying.