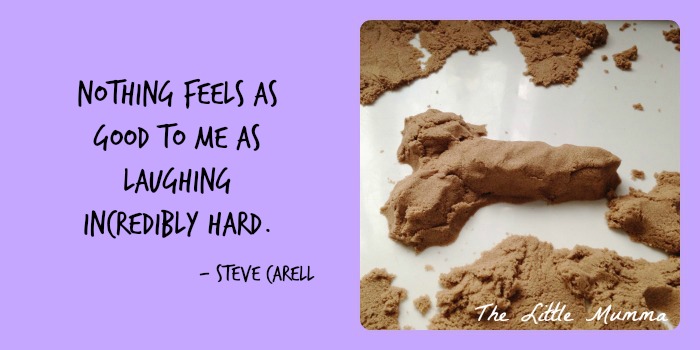 I have a confession to make: I have a terrible habit of laughing when people hurt themselves. To clarify, I’m not driving past car accidents with my sides splitting. But minor mishaps, a trip, a stumble, a kick in the nuts, someone slipping on a banana peel – that shit is hilarious.

Many, many summers ago at the lake, a friend was reclining on a sun lounge when it folded up on itself with her inside. Well, I rolled around laughing. She was a human taco! But she and my boyfriend at the time were both deeply disapproving of my behaviour.

“What if I had been hurt?” the friend asked.

“You didn’t even get up to help her!” accused my boyfriend.

They stood staring at me, eyes glistening with judgement.

At the time, I defended myself by pointing out their obvious lack of humour. And I stand by that. They were a humourless pair, neither one able to laugh at themselves. I saw this as a major character flaw and they thought I was a callous bitch so it’s no surprise we don’t hang out any more.

The moment ended up being a defining one though. I still maintain that taco girl was funny but in truth, it did not occur to me to help her out of the collapsed sun lounge.  I conceded (privately) that my empathy meter was out of whack. Now I like to balance my mirth with a side of care and concern. Something for everyone!

But the universal truth remains: funny is funny. So when I stood on Zig’s shoelace this morning and he fell backwards on his adorable little arse, I laughed. When Luca clipped the edge of Harlow’s backpack with his own and she went straight over, like a felled tree, I laughed. And whenever I think about the time Bren rode his bicycle into the back of a parked car and knocked himself out when he was twelve, I can hardly breathe. It’s just FUNNY.

I have a friend who shit herself on an anniversary dinner with her husband. Yes, it's a nightmare come true, but she tells that story with something akin to pride. Because if you truly value funny things, you know that there is no better punchline than your own misfortune and failings. This blog exists almost entirely on this basis.

The kids are generally disapproving of me laughing at mishaps. They’ll remind me it’s not kind to laugh at someone else – this is really drilled into them at school.  Their teachers are always commenting on how empathetic both boys are and I’m really proud of that. I certainly don’t want to encourage them to laugh at others but I do want them to be able to laugh at themselves. It’s a very tricky thing to teach when they’re so young because they do tend to take themselves very seriously. They’re literal creatures and take things to heart. But I’m going to keep pointing out the humour in situations because it’s often an effective way to diffuse any unnecessary tears or angst. Lately I've been mimicking Zig's sulking face back to him because I discovered I can make him laugh. If I did the same thing to Luca, he'd probably accuse me of teasing. It's about knowing each kid's particular level of sensitivity – and gently pushing that out further and further so they don't turn into uptight adults.

Life is a serious business most of the time – I like laughing. I need it! So as long as it’s not mean-spirited or cruel, I think it’s okay. But has anyone ever actually slipped on a banana peel? I've never personally seen it. I might put that on my bucket list.