Whiplash: tomorrow is a new day 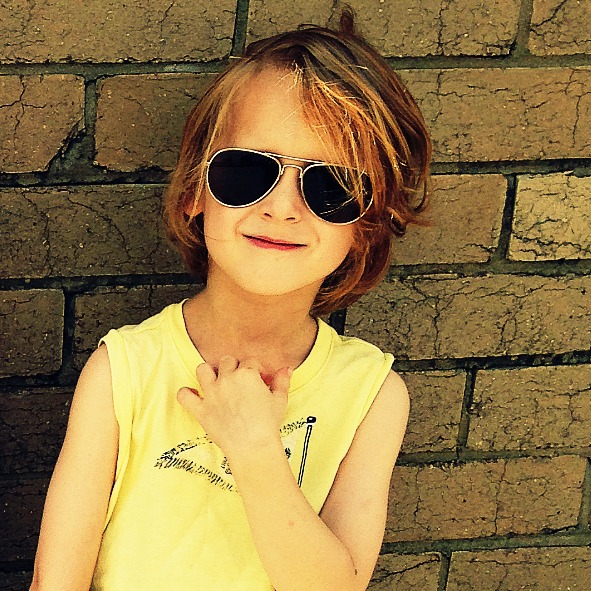 Sleepy-faced and shielding his eyes against the light, he appeared at the kitchen door. Seeing me, he smiled, his eyes still squinting half-shut against the brightness.

"Good morning," I said softly and held my arms out. He ran towards me and I scooped him up, same as every morning.

And then he said,

"My heart always bursts with love when I see you."

Not two hours later, I said,

And then I kicked a chair.

So to recap, I accused my son of being insane as I screamed and kicked a chair….less than two hours after we had this beautiful morning exchange.

Sometimes I wonder if my propensity to swing, mood-wise, might be giving my children a spot of whiplash. Because I can turn my mood on a dime. It's that quick.

On this occasion, it was the crying that did me in. Ziggy's crying is epic in its horrendousness. He just goes there. I mean, he really goes all the way. He leaves no audio frequency untapped. And where good, normal people might feel empathy and compassion for the crying child, Ziggy's wailing triggers rage in me. White hot rage.

I am concerned this makes me a bad person.

Some days I am better at dealing with it than others. Some days, I bite back my annoyance and I display the sympathy that normal people would give. But other days, white. hot. rage.

On this particular day, it was rage and it was mostly because we needed to be in the car on the way to school ten minutes ago, but instead, I was dealing with the cry of the damned.

My 7-year-old gently encouraged me to, "calm down" which I did. I probably would have anyway. I generally know it's time to do so when I have struck an inanimate object with my foot. My intuition for these things is razor sharp.

I apologised to everyone individually as I buckled them into the car and the 7-year-old, on a peace-making roll, gave me a kiss on the cheek as I lent over him. It destroyed me a bit. Of course it did. I gave Zig an extra big apology and cuddle. I like to smooth things over before I send my children to school. They have a long and important day of learning ahead of them, and I prefer that the sound of my screeching not be the thing left rattling in their sweet brains for the remainder of the day. And also, I am super hoping they won't accidentally mention to the teacher that, "Mummy screamed like a hosebeast in the kitchen this morning. And then she kicked a chair."

Not that it's any kind of excuse, but the kids give me whiplash, too. Things are travelling so well and then suddenly, THE LOUDEST CRY IN THE WORRRRRRRRLD. I spilt my drink! My apple pieces are too small! She got toothpaste on me! He won't share his sinus medication! Cue Armageddon.

I suspect we are a family who are loose  with their emotions. And hell and damnation, I just don't fucking understand how it got to be this way! Why, oh why, must there be so much drama? Where are they getting it from? WHERE? I'm down on my knees, just show me a sign, oh, merciful Lord!!!!

This morning, a little face appeared at the kitchen door once again. And just like every morning, he raced into my arms. His little body, still warm from sleep, burrowed into mine, with the same love and trust as always. As though yesterday had never happened.

I don't know when he'll stop giving me second chances, when he'll wake and recall the harsh words that we've exchanged and hold himself back from me just a little because of them.

For now, sleep gives way to a fresh page. A chance to try again and do better. For everyone. But especially me. Because apparently I'm supposed to be the grown up around here.