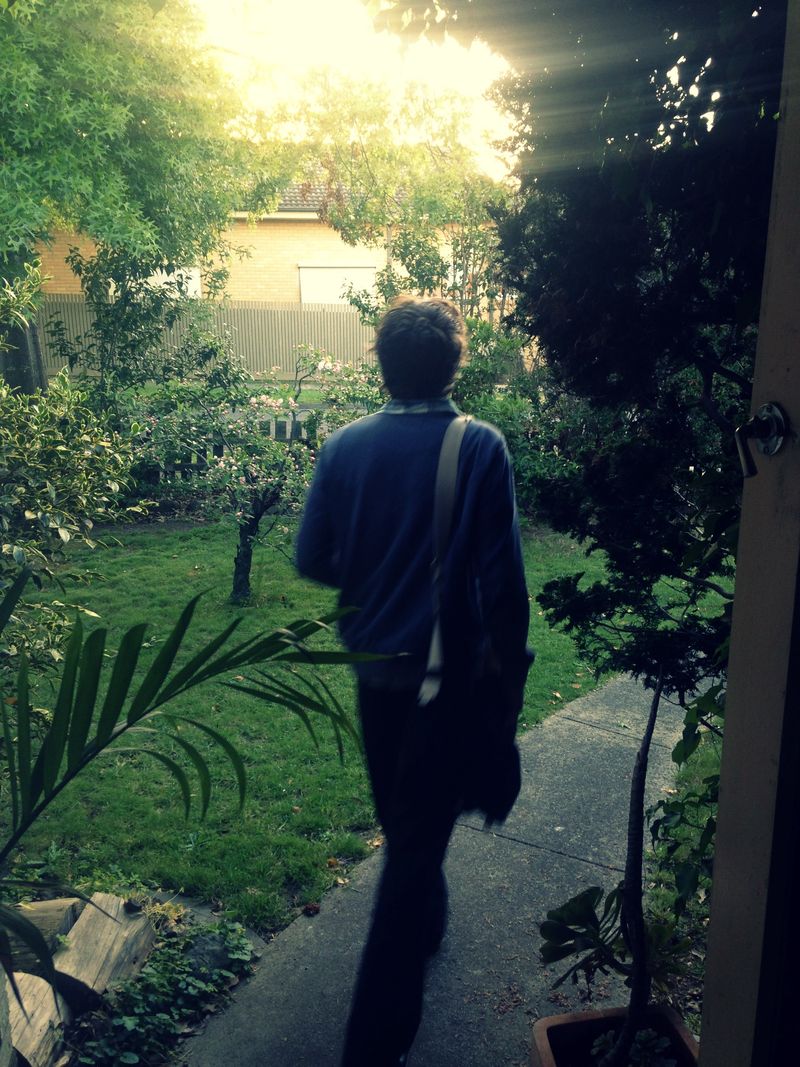 After four years of study and sacrifice, this was Bren, heading off on his second day of a new job. The competing emotions of exhileration and terror were surely coursing through his veins, propelling him headlong into the greatest adventure of his life. Finally, he is where he wants to be.

This is not the same man I met almost fifteen years ago. And thank goodness. If you're heading into your 40's unchanged from the person you were at 23, it's problematic. We are supposed to grow and change. This is good for us, a sign that we have listened to the lessons life has served up to us and are attempting to improve ourselves accordingly. In short, we're not meant to remain the self-involved buttheads that so many of us start off being.

Bren was a sweet boy when I met him but happy to let other people take the lead. He surrounded himself with dominant personalities because he had never been shown how to stand in his own power. His work ethic was second to none when it came to his band. He worked tirelessly on his music, but he had no real power within the band dynamic. His success ultimately relied upon someone else.

It was heartbreaking for him to walk away, but we wanted a family and Bren was determined to take care of us. He turned the part-time job he'd fallen into to support his band commitments into a full-time one. He hated it, but he got up and went to work every day so that I could be home with baby Luca. I was so proud of him but desperate for him to find something else that he could do with the same kind of passion he felt for his music. He will work until he is old, I thought, he deserves to be in a career that he loves.

We talked endlessly about what he would do, what he could do. And by the time he decided on engineering, he was a 35-year-old father of two. He took the leap.

I still remember that tense time before he was accepted into his degree; how we held our breaths, wondering if this was the beginning of a new future for our family. He got in. Of course he got in. He is crazy smart and I helped him write a killer application essay. We were – we are – a formidable team.

Four years seemed like the longest time stretched out ahead. We wondered how we would cope as he worked for his degree. And yet here we are, on the other side, and my beautiful man gets dressed for the day, rocking the business casual like nobody's business, and he goes to work as an engineer. He is thirty-nine years old and he is at the beginning of his career. His employers value the commitment and stability that an older man with a family brings to the job. He has worked his arse off for four years and the universe has rewarded him.

People will tell you it's too late to change. People will tell you work is work, you're not meant to love it. But governments want us to work into our seventies – I say you HAVE to love your job (or at least like it). Life is too damned short to be desperately unhappy every day. But it's plenty long enough to change your mind, reinvent yourself and realise dreams.

We all need to feel that we contribute, that we are maximising the talents we were given. Sometimes we take a very windy road to get to where we're meant to be but that just makes getting there so much sweeter. Seeing Bren embark on this new career, I understand how closely linked career is to self-worth. And it's a huge, scary learning curve, but we need that! Challenges are what keep us alive.

As he walks out the door each morning – and when he walks in again at night – Bren looks just like the rockstar he always dreamed he would be. 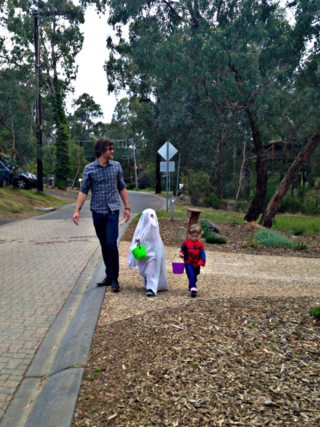