Dear Everyone, Please Go Away 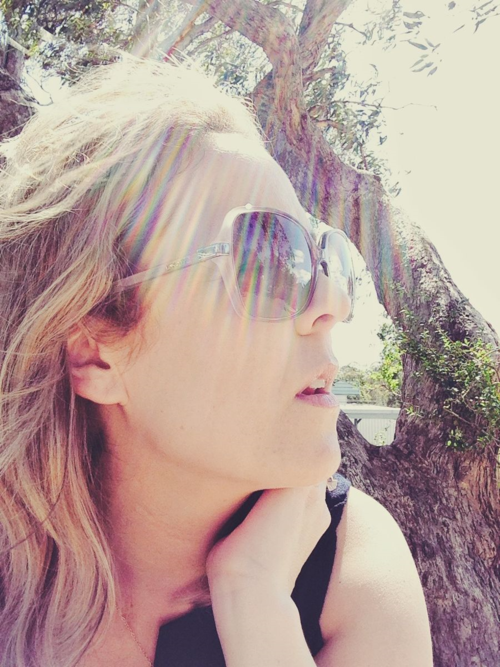 Bren went away on business at the beginning of this week. It was very exciting because this makes his job feel very real and grown-up like. If we keep going with this grown-upness, some day we might even buy our own house! Sure we'll pay a million dollars for it once you factor in interest, but what a grown-up privilege that would be!

My major concern with his absence was not that the kids would be hard work but that I wouldn't sleep. I tend to jump at shadows at the best of times so being the only adult in the house makes me nervous. This typically results in me hovering on the edge of sleep all night long, startling awake with terror at the smallest noise. It's exhausting.

My brilliant plan was to stay up far too late every night watching trashy TV and then praying one of the kids would hop into bed with me during the night because then I'd feel safe. And yes, feeling safer because a 2-year-old is hogging your bed makes no sense. Shoosh.

For the record, I slept okay but the kids were more annoying than I thought they were going to be. For reasons pertaining to my sanity, I really needed them to go to bed at about 5pm, but they were not onboard with this plan.

When Bren walked in the door Wednesday night, I wanted to walk out it. Not because it had been so awful or the kids were so bad but just because I wanted to be completely and utterly ALONE. And that feeling has persisted all week. Bren is gone around 12 hours a day and this makes the days very loooong. When he gets home, he's keen to chat about his day and I am keen to put earphones in and watch ridiculous television. I don't even want him to watch it with me. In order to be together, he'll come and sit beside me with his laptop and in my head I'm all, 'Don't crowd me, man!'

Everyone has been fed, driven to and from school/kinder, baths and showers were had, hell, sometimes we smiled and laughed, but I know it's been a bad week because we ordered take away for dinner twice, and I bought Harlow three new pairs of shoes. And there may have been chocolate.

I'm all out of whack.

I don't think I've fully adjusted to this new phase of our lives. Having Bren around when he was studying has been incredible. I realised I've barely done a school drop-off for two years. That was always his thing. Now it's all me and blah blah blah, get a grip. It's not that I can't do it. I've been doing it and it's fine, it's great. But mentally, I'm crapping out a bit. I need to take a breath, reboot.

Now I just need to figure out how I'm going to do that.