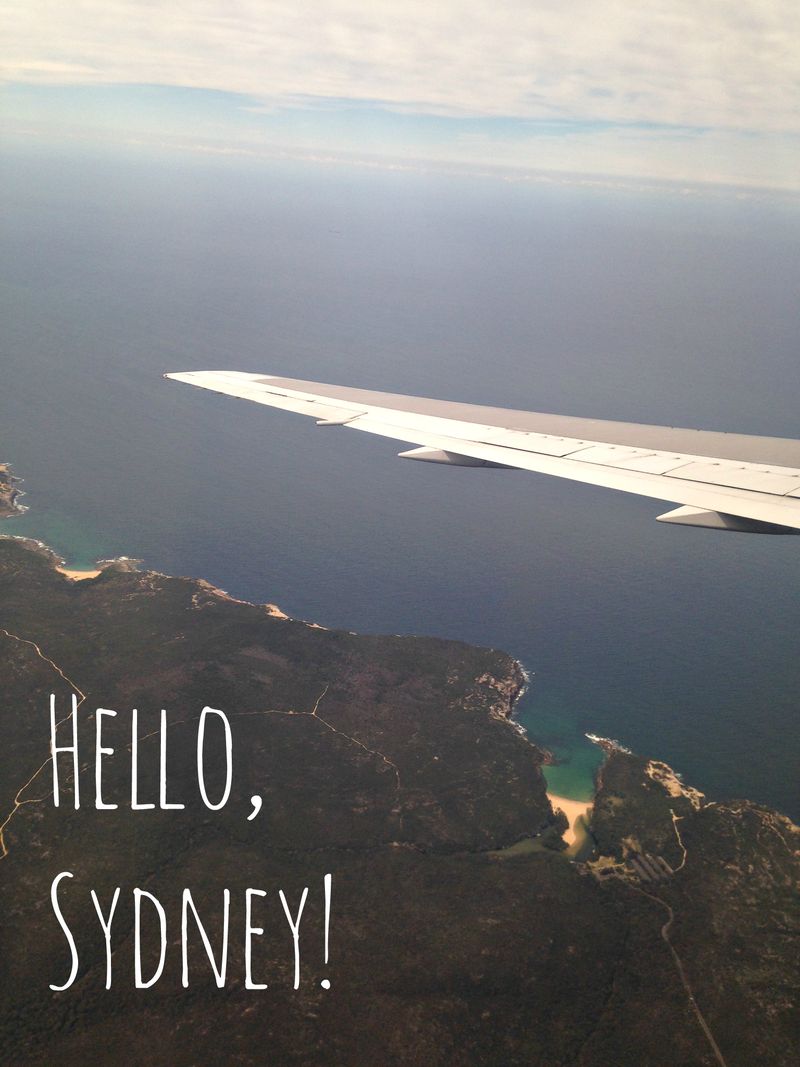 After spending a weekend away from the kids for the first time in more than 6 years, one thing has become crystal clear;

I have been in the ‘burbs for too long.

We flew to Sydney for the wedding of my brother-in-law and his beautiful new wife. Arriving in Sydney, I am always struck by the traffic. So many cars, no matter the time of day. Melbourne seems, by comparison, very chilled. There are times I can travel on a stretch of road ALL BY MYSELF. Does this happen in Sydney?

Possibly the best cab driver in the history of the world (gorgeous guy driving cabs to support his family whilst studying for his THIRD degree – legend) drove us to our hotel in Randwick, about 6kms from the city and very close to Coogee Beach. By comparison, I live in a north-eastern suburb 17kms from the Melbourne CBD. Apparently Randwick had a population of nearly 28,000 in 2011. Mine wasn’t quite 9,000. So having lived in this cosy nest for so long, the frenetic bustle of Randwick felt like a punch in the face.

In search of coffee and a bite to eat, we made our way along Belmore Rd on foot. The sheer volume of people was overwhelming. I felt paranoid, like I should hold onto my handbag a little tighter. We passed a guy selling The Big Issue. We stopped and bought one. I wished him a good day and with eye gaze averted, he wished me one, too. Further on, a pregnant woman sat on a bench as her boyfriend hovered above her. There was nothing particularly sinister about it, they just appeared to be talking, but when he spoke, his voice was loud and it made my heart race a little. My body was telling me to prepare for trouble although there was none.

I saw a couple of women wearing hijabs and I think it’s worth noting this was the least confronting thing I saw. As in, not confronting at all.

You know what is confronting? Poverty is confronting. Poverty is very confronting, and in my cosy nest back home, it’s something I almost never see. It was a warm day and the humidity seemed to attach itself to people like a weight. And that was the sense I had, that people were carrying a heavier load here. Negotiating life in inner Sydney seems like it would be exhausting, especially if you don’t have any dough. And I saw a lot of people who seemed like they didn’t have much of that at all.

I saw a half-naked busker who thanked me profusely for the measly change I dropped in his guitar case. I passed a young woman vomiting in the gutter, her friend draping a comforting arm around her as she heaved. It was strangely touching. There were families and students, men in suits and women in cut off denim shorts without a single trace of cellulite. I could not get a vibe for the demographic because it was so incredibly diverse.

And is it just me or could Sydney-siders toot a car horn for Australia? I'm sure people drive with one hand hovering, just waiting for a reason to press down. I thought I was in New York.

I have been in the ‘burbs too long.

Stats tell me about half of Randwick’s population were born in Australia. It’s over 80% in my neighbourhood – and England, Scotland and New Zealand are where most of the other 20% are originally from.

I have been in the WHITE ‘burbs too long.

Randwick’s cultural mix was fascinating. Refreshing. This is Australia, I thought. Eventually, my heart rate slowed, my anxiety dropped away and I found myself getting into the vibe of my new surroundings. I just needed a moment to recalibrate.

I realised how pronounced my anxiety can be when I step away from my normal life. And rather than wanting to scurry back to the relative safety of the familiar, I have to challenge myself to take bigger steps outside of my sheltered little world. I don’t know when I became so frightened. And of what? But I do know that I am missing out on the best bits by hiding in the ‘burbs.

And to think I thought I was just there for a wedding! 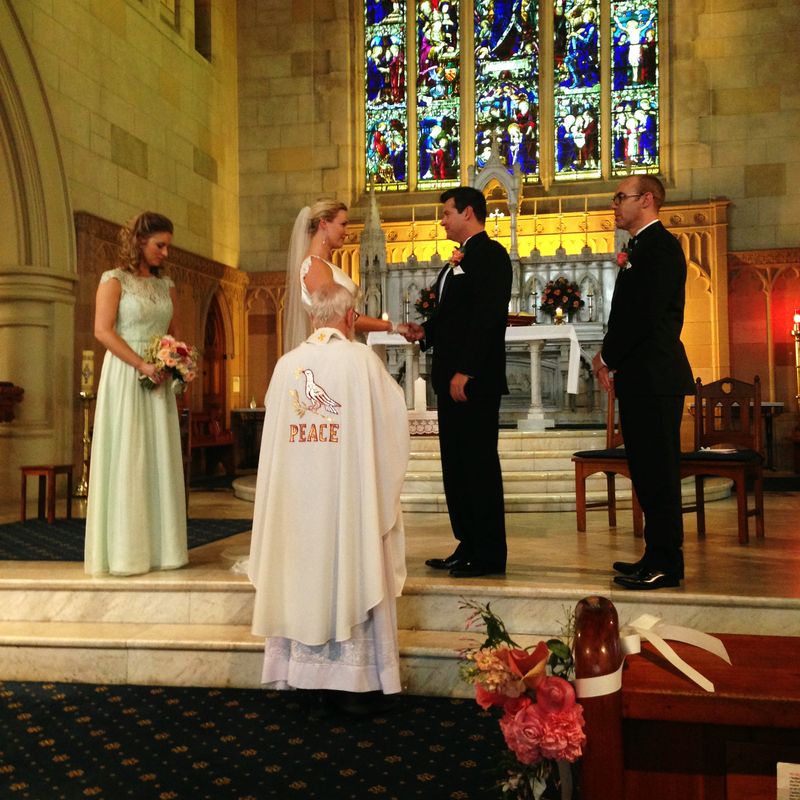 And the wedding was ace. Two people who love each other got hitched which is obviously awesome. But I’ll tell you why I was super-duper happy. Because I felt alive. A bit exhilarated. Bren was in the wedding party and left early so I just lay around in bed. No-one asked me to make them toast. There were no fights over Pokemon cards. And yet, I found myself lying there not knowing what to do with myself. I was overwhelmed with the possibilities of my alone-ness and desperate to use the precious time wisely. Instead, I pfaffed around on social media until 10am by which time I was completely annoyed at myself. I got up and took a shower, went to a café for a bite to eat. I was feeling so good that not even the celluliteless, young, boho princess could bring me down.

Then I headed back to my hotel and got ready for the wedding. You know that feeling when you’re away from the kids, you’ve lost 3 kilos of Coke weight, your new Coral Pop lipstick looks AMAZING against your spray tan, the dress you scored for 31 bucks makes you feel sexy and you don’t even care that your boobs don’t match because you breastfed for an eternity?  Yeah, I had that feeling.

Here’s me having the feeling. 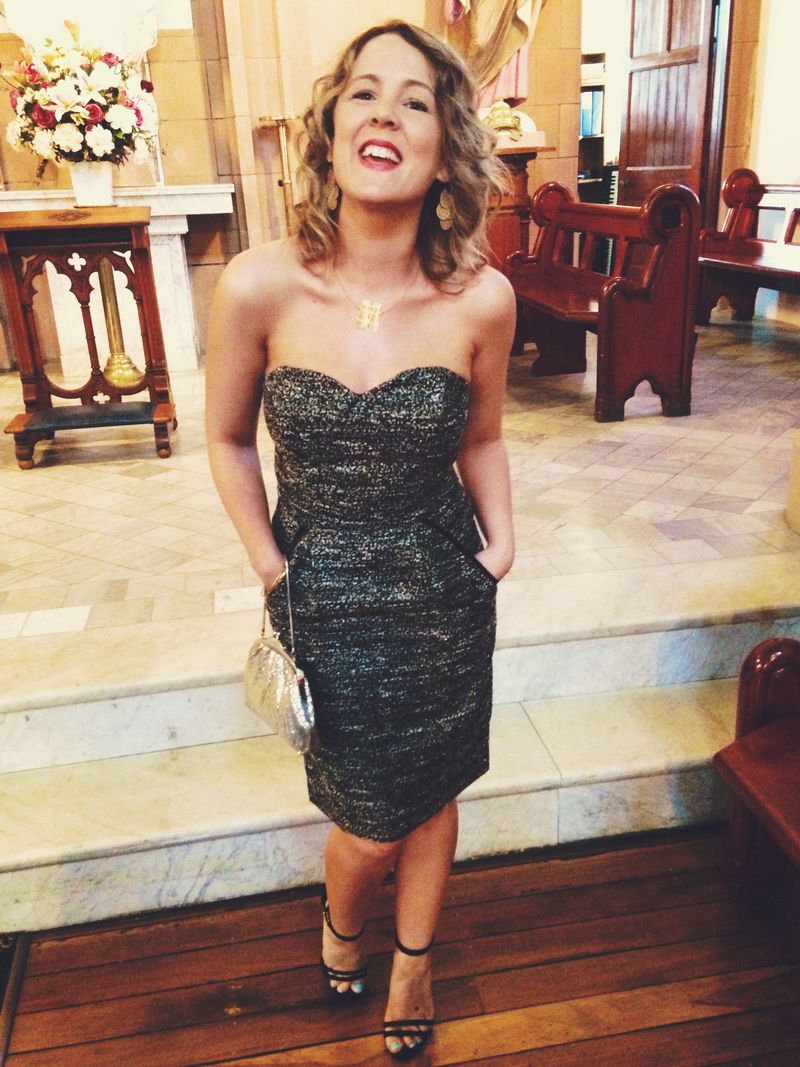 Here's Bren and I sharing the feeling with bonus landmark background 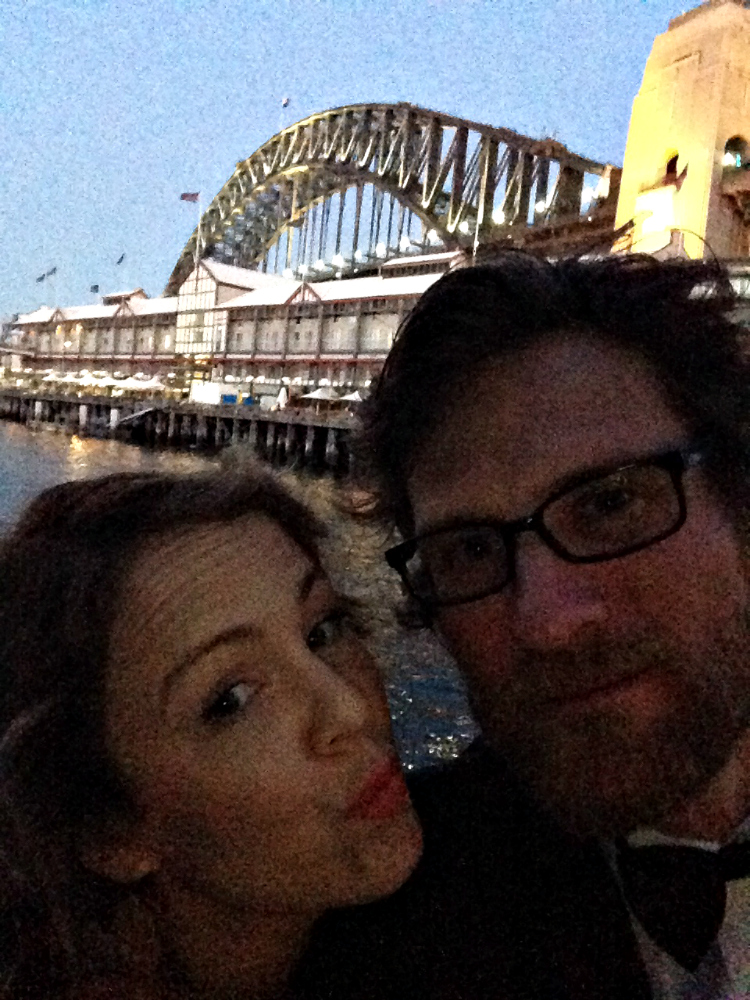 By 11pm, Bren and I looked more like this. 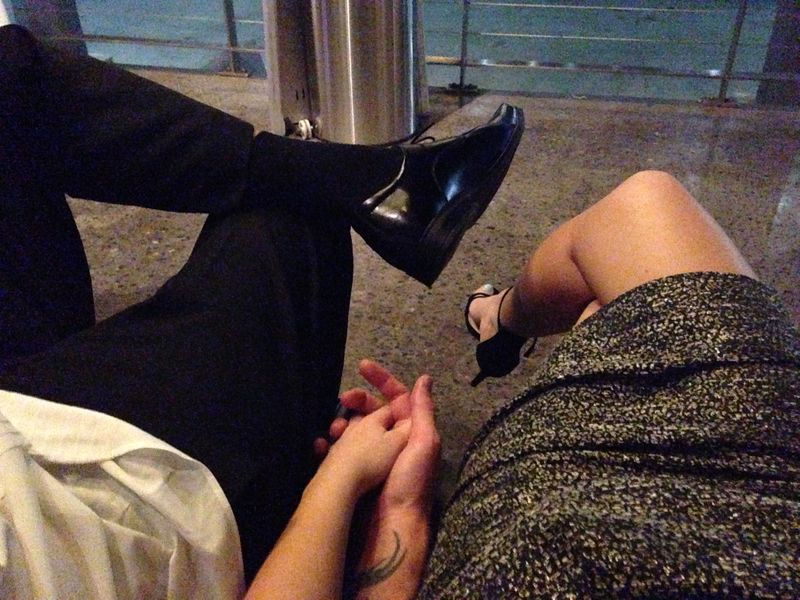 And then it was all over.

When we arrived home on Sunday, the children regarded us with mild interest at best (the boys) and deep suspicion at worst (Harlow). Oh, you're back? they seemed to say. We'd made the best of it and learned to go on without you. And possibly we like Granma more than you now.

We managed to win back their love with trans fats – god bless you, Krispy Kreme.

Okay, no, I still haven't unpacked my suitcase almost two weeks post-wedding but let's roll with the positivity for now…..