Salve Blanc For All Your School Holiday Woes 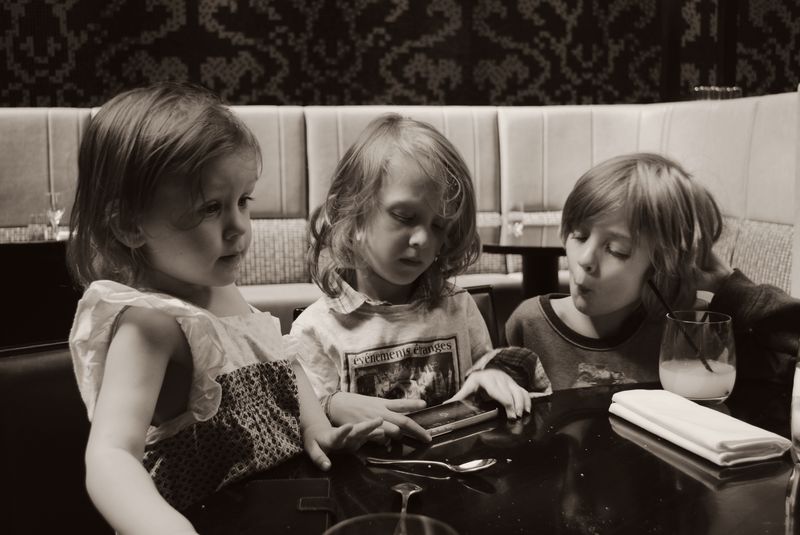 You know how I quit wine? Yeah, well, I sort of unquit it a while back. But don’t fret because it was totally the right decision and I workshopped it with my shrink. We both agreed that completely avoiding alcohol in a bid to break the connection between drinking and my anxiety could inadvertently make it impossible for me to ever drink again by making it this big, scary thing. In fact, what I needed to do was prove that I could have a glass of wine every now and then without it resulting in a panic episode. So that’s what I’ve been doing. For my mental health.

Anyway, I’m just telling you this so that you won’t be disappointed in me when I tell you the next thing I have to tell you.

Today I had to have a glass of wine at 4pm because I have three children and it’s the school holidays and Bren wasn’t home. That first glass was so magnificent that I had to pour another. For its soothing benefits.

I was very soothed when Brendon got home.

But to my great credit, I had dinner on the table, and it’s amazing really because it had occurred to me in between the second and third glass of Sav Blanc that maybe take-away pizza was the best way forward. But today was the last day of my healthy eating challenge and as if I was going to throw it all away on pizza!

Especially when I was already throwing it away on wine.

Pre-wine, there was an episode where the boys were fighting and their voices were vibrating on a frequency that was destroying my will to live. I don’t like to be dramatic but I just felt that if this was my life, I did not wish to continue with it. I never wanted to be the arbiter of whose fucking turn it is. Anyway, things got…..more dramatic.

“I don’t know how to solve your arguments, okay? I can’t take your constant fighting! And then I say things I don’t mean. So you win! Do whatever you want because I’m just not good at being a mum!”

At this point, Zig and I collapsed against each other, hugging and crying. It was beautiful really. But I suspect it may come up with his therapist years from now.

Tomorrow I’m going to tell you all about how the first week of school holidays was actually super-fun and I haven’t lost my mind yet and it’d be really great if you could just read that post whilst simultaneously forgetting that this one ever existed. Because prior to today, I had been doing really well. Except for when I called Ziggy a fuck.

I called my 4-year-old a fuck. Why did I do that? It was weird and I’m usually much better with my insults. Yes, he was being completely ridiculous and stubborn and annoying, but really. A fuck? I think maybe swearing is like farting. You try so hard not to do it, you know it will change the relationship if you do, but then that first one slips out and all bets are off. You can’t go back. You can’t hold it in even if you want to. You have exposed yourself for the animal you truly are.

And he’s probably right. Of all the things that beautiful, infuriating child is, a fuck is not one of them.

As I draw this post to a close, I am left with that nagging suspicion that these words better belong in my diary, but I don’t have a diary so please enjoy altogether too much honesty from me once again!

I am a hot mess at motherhood. But we do love each other all the same.