4 seasons in one….month: catching up on Offspring

Here’s the thing about trying to catch up on a wildly popular television series four years into its run; it’s impossible to avoid spoilers.

And so it was when I finally sat down to begin watching Offspring; I came in knowing that people sleep with people they really shouldn’t sleep with and that important people die. So basically Game of Thrones without the swords.

Patrick. No, no, not Patrick. I’m not up to Patrick yet. Well, actually, we’ve just reached Patrick in Season 2, and I was thinking, I don’t care about Patrick. To hell with him! I love Chris Havel and no-one can change my mind.

This is what happens when you watch Season 1 when everyone else is up to Season 5. You know things you shouldn’t know and you start to resent anything changing because actually, Nina and Chris are made for each other, and to hell with his wife and child! Bring back Don Hany because at least I can say his name, not like that Matt Le Nenevenez…nez.

But okay, I think Nezeven is starting to grow on me. It could be his eyes. Or his devil may care stubble. Do doctors really have stubble? Isn’t it like the army? I once had an obstetrician who looked like a Ken Doll. Very disconcerting. He gave me a stretch and sweep (sorry, Barbie). At that point, Bren hadn’t been near my membranes for months so it kind of felt like cheating. ..if your idea of cheating involves having someone perform a procedure on your vajoots that makes you want to cry AND wee. Although….well, each to their own. I don’t like to judge.

Anyway, what? Oh yeah, Ken Doll. Totally clean shaven. I think it might be a rule.

But back to Offspring. Watching it has been on my to-do list forever, and though I know some key plotlines, it hasn’t diminished the joy of watching them play out. Australian drama, when it’s good, is such a joy, isn’t it? And the Proudman family are impossible not to fall in love with. 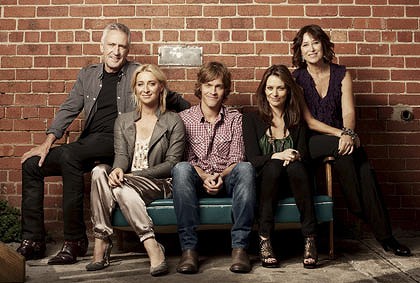 Batshit crazy but so good-looking!

But what is it that resonates with people about Offspring?

Though many of the storylines are heightened for dramatic purposes, at the heart of each character is…well, heart. Amidst all the hi-jinkery and comic relief, we spy little pieces of ourselves. Relating to the very human impulses of these larger than life characters is what connects us. And terrifies us. Because let’s face it, this family is bonkers.

Nina’s inner voice is disturbingly familiar – as in hold up a microphone to my own brain familiar. And Billie’s inner voice is also her outer voice, and filterlessness, let’s face it, is a vicarious joy for us all to live through. Jimmy is stupidly cute which seems like it should be a simple pleasure but actually presents a dilemma because I’m not sure whether I want to smack him from a mother’s perspective or y’know, smack him. With a feather tickler. 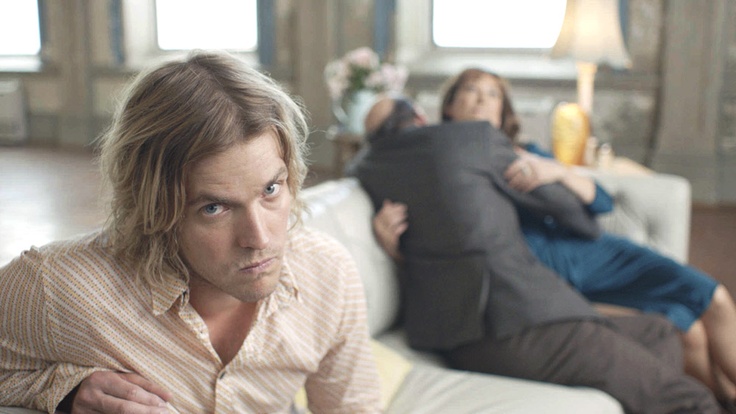 I’m confused. But it’s not my fault. I was all invested in Chris Havel and now Nevevez is making eyes and stubble at me and it’s a seductive combination.

I know what happens to him.

A smart person would guard their heart. But I can’t because of the eyes/stubble combo of doom. 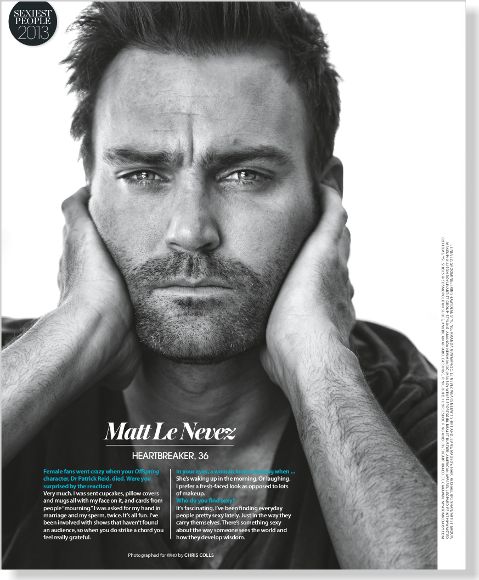 Maybe I should concentrate on dud sperm Mick. I have, after all, already had three children, and he could write me songs. Bren once wrote me a song. He sang it before he proposed. It was so beautiful. I asked him to play it for me again recently. But he couldn’t. Because he has forgotten how it goes.

Memo to Billie and Mick: kids are death to romance. 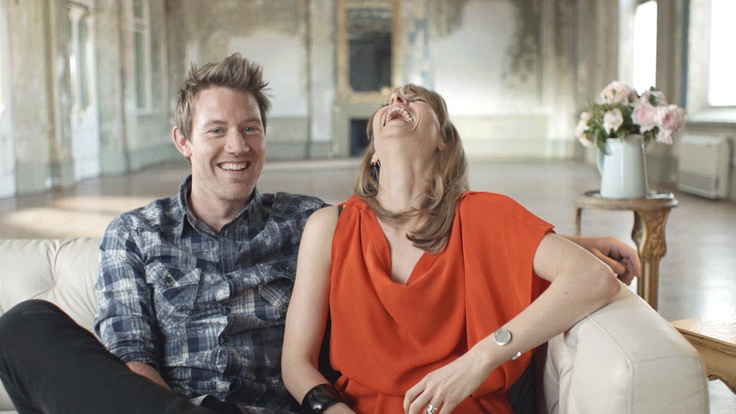 I am really enjoying the series being set in Melbourne. Spying Fitzroy and in particular, Brunswick Street, transports me directly back to my youth. Bren and I went to the Vegie Bar on our first date (the dim sims are off the hook). A couple of dates later, I thought I was going to die in the toilets of Bar Open but that is a story for another time. Watching Offspring makes me yearn for a vego dim sim. Next time Bren and I escape the steel trap clutches of our children, I am going to suggest we venture into the wild world of inner city Melbs once again.

Going forward, I am excited to watch how Nina and Patrick’s relationship unfolds. Even though I know, there are plenty of things I don’t know. I don’t know if Billie has a kid with Mick (or his gay brother), I don’t know if Jimmy gets any cuter or any stupider, and I don’t know if Darcy is going to end up with his much younger baby mama, Cherie.

I also don’t know which knocked up mole stole my part. Because you see, my friends, I actually auditioned for a small role as a pregnant, prospective real estate purchaser. I rolled up to that audition thinking I had it in the bag because how many actresses could be pregnant at that exact moment? Turns out, ALL THE ACTRESSES. Every woman with a fat gut and an agent descended on that audition and I watched my dream of Harlow being on television before she was even born waddle away.

When finally I see this episode and the scene that was meant for me but that I am not in, I can’t promise I won’t yell unkind things at the television. God bless that woman and her child. TO HELL.

But enough of petty grievances about the time I was absolutely robbed, I need to knuckle down. I am on a mission to catch up before Season 5 is finished. Can I do it? I think I can. Can I do it AND ensure my family eat three square meals a day? Debatable. But one must have priorities, mustn’t one?

If you're looking to catch up too, you can grab The Complete Seasons 1-4 Boxset here. Or stay tuned because I'll be giving one away in two weeks time!

This is a sponsored post in collaboration with Madman Entertainment. All feather tickling proclivities remain my own….