At The School Gate 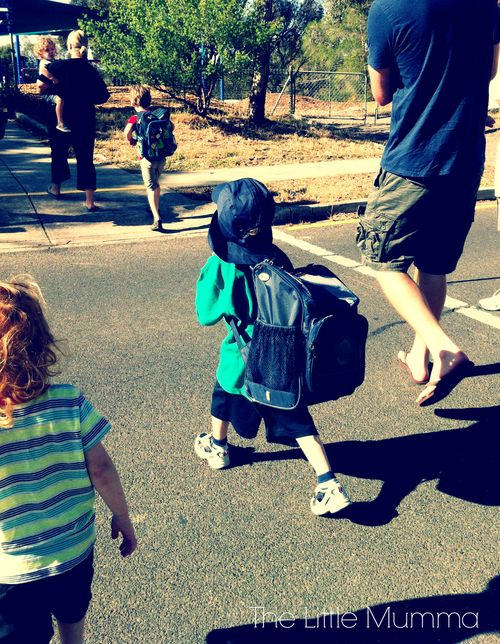 That’s weird. She
didn’t smile at me today. She always smiles at me. Last week at pick-up, we had
that great chat. At least, I thought it was great. She was laughing, wasn’t
she? Maybe she was just being polite. Oh shit, maybe I've done something to upset her. Did I? What did I say? Oh god, she obviously hates me…

School mums. They get a bad rap. Before I became one myself,
I heard the stories about how cliquey they could be, bitchy, rude,
judgemental. And maybe in some cases, those accusations are absolutely valid.
But that has not been my experience.

For me, school mums are a huge part of what I love about the
whole schooling experience. I look forward to catching up with them each day
after school (and at kinder drop-offs and pick-ups), and in some instances, they
have become dear friends. Friends I expect to keep whether our children remain
close or not. These women have offered me a real and essential connection to
the community in which I live.

But for all that, I have been known to have the above
thoughts from time to time. I think we all do. Particularly in the beginning,
when we are new to a community, it can be hard. Relationships are not easy to
build and social interaction can feel awkward.

Luca began 3-year-old kinder a few weeks into the third
term. He struggled to find a place within already existing friendship groups
and initially, I did, too. But I had to push myself to go beyond my comfort
zone and talk to people. When I would arrive at the kinder, mums would be
standing in groups chatting. This is what people do. They gravitate towards
certain people and friendships develop. After half a year together, it was
natural that they would have formed bonds. And of course, they didn’t know me at all. So standing in groups
talking was not a deliberate “fuck you” to me even if it felt that way when I arrived. If I had attempted to join a
conversation and they had ignored me, that’s a different matter. But I didn’t
necessarily expect them to shout, “Hey new girl, come over and join us!”
either.

For new friendships to blossom, two things need to happen.
You need to reach out to people and you need to be responsive when they reach
out to you. Remember that most people feel a little shy when first meeting
someone. There are seldom few people who are completely confident in social settings. Most
of us are just faking it in the beginning. But this stage doesn’t last long and is
the pathway to creating a meaningful relationship or at the very least, someone
fun to chat with before and after school.

Not only is it important to put yourself out there with new
people but to check how available you appear to others. In my early 20’s, I was
full of the self-conscious angst so typical of that age. To protect myself from
being rejected, I presented a 'fuck-you' exterior to new people. If they didn’t
like me, well, I didn’t like them first. I used humour to deflect but
ultimately, I was acerbic and defensive. Thankfully, enough people gave me the
benefit of the doubt anyway and as I relaxed, so did that tough front.
Underneath it, I could be warm and funny. But to protect myself, I never let
people see that in the beginning.

So when you’re standing there at school pick-up feeling
really uncomfortable about not knowing anyone and wishing someone would approach you, your body language may unwittingly be sending a
“stay away” vibe.

And then, remember that you are meeting parents possibly at
their most stressed moments. For me, Luca's kinder drop-offs and pick-ups were a
nightmare. Someone was always crying – Ziggy at drop-off because he wanted to
stay with his big brother and Luca at pick-ups because he didn’t want to leave. And the more children a person has, the more distracted you can expect that parent to be. So if someone does rush past you or doesn’t return a smile, remember that
they are juggling a thousand things, co-ordinating kids, school bags, artwork and
probably the shopping list in their heads. It is almost never, if ever,
personal.

We recently had a new girl start in Luca’s class. I was
talking to a school mum friend, Kate, and she interrupted me to say, “Sorry. I
just noticed the new girl’s parents over there and I wanted to introduce myself
before they leave.” I walked with her and we met the parents who were so
thrilled that we had gone out of our way to say hello. They mentioned that the
parents at the last school were very stand-offish. And you know what? Maybe
that’s true. Or maybe they could have
made more of an effort. I think it can often be a little of both. But Kate was
a shining of example of how a small gesture can make a huge impact. And I was
so happy to have been along for the ride because certainly it had not occurred
to me to introduce myself. The irony of this is that I had been at pains to
stress to Luca how important it was to make the new girl feel welcome.

I will never forget what Kate did. When next the situation arises, I will do it myself.

Moral of the story; Reach out. Let people reach out to you.
And don’t be too quick to form an opinion of a person. Shy can read as
aloof, stressed can read as rude. Genuinely unpleasant or judgemental people
will reveal themselves in time and from there, you can avoid them. But you lose
nothing of yourself by being open and kind from the beginning.

And don't dismiss the opportunity to make new friends. I had enough wonderful friends. I didn't need any more. This makes my school mum friends an especially lovely and surprising gift. I am grateful for them.

Exception to rule: if my school ever brings in 'kiss and drop', I may never speak to another school mum again…..