The Myth Of The Birthing Goddess

Hey, guys, I love Birth Week and apparently, you guys do, too. So what the hey! Let's do it for another week.

I have lots more that I want to share with you. And also, I may not have finished Harlow's birth story yet. So….there's that.

But hey, maybe with another week up my sleeve, I'll even finish Ziggy's birth story! Two birth stories for the price of one!

I think the appeal of Birth Week is that whether we are preparing for a birth or have given birth before, these stories resonate. I went to a dinner of Kindergarten mums earlier in the year and at some point, the conversation turned to labour and birth. There were eight women all regaling one another with our stories – no-one was bragging but rather sharing and debriefing, empathising and exclaiming at what each of us had achieved or in some cases, endured. I was moved by the exchange, thrilled to be a woman and to relate on this most profound of levels.

So Birth Week is now Birth Fortnight because there is an abundance of rich material to share….and because I am hopeless and can not seem to focus on finishing a birth story I began a year ago.

Luckily, here's something I prepared earlier! I wrote this piece while still pregnant with Harlow and it sat in my drafts waiting to be edited for the longest time. I have revived it for tonight. Note that I have not edited it to reflect that Harlow is now born so these were my thoughts leading up to her birth. It's funny to reflect on what I was hoping to achieve and how reality compares. But you'll just have to wait for that elusive birth story to find out… 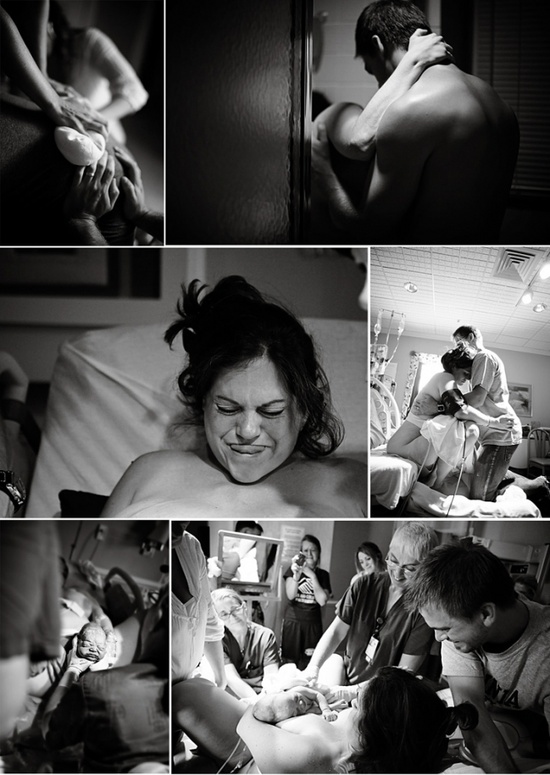 The Myth Of The Birthing Goddess

Here’s what I know about babies and vaginas.

If a woman manages to get the former out of her
latter, the accomplishment she feels will be deeper and more profound than
anything else she has ever experienced.

Just based on the size discrepancy of one to the
other, it’s kind of a big deal.

I recently heard a woman mention how a midwife had
described her as “born to birth” after the arrival of her third child. She
stated this proudly, wore it like a badge of honour. And why not? Giving birth
is hard work.

Any woman who holds her newborn child for the first
time will be filled with that indescribable awe and wonder that accompanies
bringing a child into the world. It’s hard to believe that you made a person.

But if anything can take the shine off this
achievement, it’s the way a woman has birthed. More and more, how you did it becomes the all-important
question and the answer you give is subtly (or not so subtly) given a value.
Pushed the baby out the old-fashioned way at home with zero drugs? Top marks.
Hospital birth resulting in a caesarean section? Oh. Well, never mind. Perhaps
you can give a natural birth a go next time.

Life is full of hierarchies and we place ourselves on
them according to how well we fair in various tests. It seems unfortunate that
this grading system has been applied to childbirth, which by its very nature is
individual, wildly variable and ultimately, deeply personal.

And yet, we compare and are compared.

And predominantly, “we” refers to other women. We are
our own worst enemies. Meanwhile, most men who have witnessed childbirth are
just so grateful it isn’t them that they don’t give a damn how their partner
chooses to get the baby out.

And the birth braggers. Ever struck them?
Insufferable. These Grand Canyon vagina-ed creatures birthed their babies in half an hour whilst balancing on a lotus leaf, don't you know? And if you argue that you are, in fact, happy to have ALL THE DRUGS and/or a caesarean,
they’ll terrify you with all the reasons why that’s a terrible choice.

I have had both an emergency caesarean and a vaginal
birth requiring vacuum extraction. Both times, I was eyeball deep in drugs. Both
births are spectacular and magical to me. If I compare the two, the sense of
achievement after the vaginal birth can’t be denied. I was elated I had managed
it. Thrilled. There’s something
deeply primal about it that the sterility of an operating theatre dulls. But once
that babe was out and in my arms, the ‘how’ just melted away.

Except when I thought about having to tell people
about the ‘how’. I was almost apologetic when telling people Luca had arrived via a c-section. Telling people I had managed a VBAC with Ziggy was a vastly different experience.

The idea that there is a ‘right’ way to give birth is
offensive. Pain thresholds, baby’s position and myriad other extenuating
factors can contribute to how baby makes its way into the world.

I’ve watched videos where the woman births in complete
silence. Automatically she scores off the charts in “birthing goddess” terms.
Unfortunately, that’s not how I do it. I weep and wail and occasionally, scream.
There was a point during my second labour where I sought conference with the
Lord, raising my hands aloft as though I might be saved.

Because? It really, really hurts.

There are women who will tell you it doesn’t. And who
knows? Maybe for them, it doesn’t.

Thankfully, women have choices. How informed that
choice is becomes a decision for the individual. If you go looking for it, you
will find an argument for your preferred way of giving birth.

And then, despite your painstakingly executed plans,
you might just end up with something completely different.

Setting your heart on exactly how your birth will go
is fraught with danger and sets a woman up for a disappointment that I think is
misplaced. You did it! Your baby is here! Are there things you’d do differently
next time? Great. Note them down but in the meantime, yay you!

I am due to give birth to my third child in
April and my midwife says that my body is primed to birth this time around. And
those words thrilled me. Hearing them filled me with confidence, reminded me
that I was capable. And certainly, I will using the lessons of my last two
labours to help me get through this one and have the kind of birth I would
like.

But that’s just it. My vision of this birth belongs
only to me. Regardless of the opinions of others, my dream birth is based on
what I want and what I need. I admire women who homebirth but
I am aware that this would not be the right choice for me. Hospitals make me
feel safe. Are they statistically safer? Doesn’t matter. It’s what I feel.

Maybe I’ll get my wish and maybe I won’t. I know well
enough that there are some factors that are not mine to control.

I don't say women shouldn't be proud of the way they birth. Birthing without any drugs is a huge accomplishment. If a woman tells me she pushed a ten pound baby out her hooha, I am the first person to offer a hand for high-fiving. But I think we do a disservice to one another when we use language like "birthing goddess." It automatically sets a standard of which most women will fall short – especially during their first labour.

I know women who are just, you know, good at giving birth. We probably all do. I celebrate their awesomeness. But I am careful not to apply their experience to my reality – there are any number of reasons why that may not be realistic. I read the birth stories of other women to be inspired, not to compare myself.

When it comes to childbirth, I am not a natural. No, ma’am. Labour is very hard
work and when things get going, I’ll want to forget the whole damn thing. But
how ever this little person makes their way into the world, when she’s finally
in my arms, in that moment, there is no greater goddess than me.