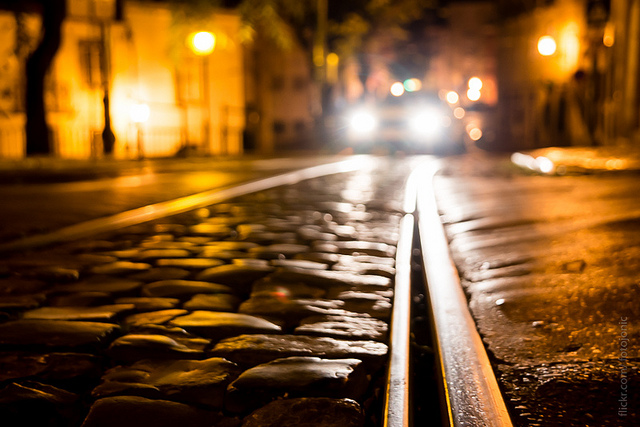 It was late at night – or more like early morning. Midnight had long passed and in the garish lights of the casino exterior, the young girl sat on the footpath, her knees pulled up to her chin and tears leaving black streaks down her face. Just hours before, she had been dancing around her handbag, a cocktail of cocktails surging through her veins, Is this the happiest I have ever been? But somehow she had been separated from her friends and suddenly and frighteningly, the casino was a swarm of strange faces. Strangers. She had stumbled out into the night and sitting on the footpath, she’d rummaged in her handbag, finding only a $10 note, her driver’s licence and a mobile phone. Her boyfriend would be sound asleep. How was she going to get home?

There she was, inky tears staining her face and a befuddled brain wondering what to do next when a figure blocked the glare. She looked up to see who was casting the shadow and looking down at her was a young guy, early twenties, a benevolent, boyish face. His friend, a slightly overweight and shy young man, hovered awkwardly behind him.

“Are you okay?” asked the young guy, genuine concern creasing his brow.

“My friends left me,” the young girl hiccupped between sobs, “and I don’t have enough money for a cab home.”

“Where do you live? You can catch a cab with us. We’ll take you home. Come on,” the young guy held out his hand to her, smiled kindly.

“Fairfield. I live in Fairfield, she told him, taking his hand. He hoisted her up to her feet and guiding her towards the taxi rank, he said, “Come on. You’re okay. Don’t cry.”

In the back seat of the warm cab, relieved to be going home, the girl sat looking out the window, the young guy beside her and his friend beside him. She did not notice where they told the driver they were going but as the car wove its way through the city streets and then onto a freeway, she knew they were headed in the wrong direction.

“Where are we going?” she asked, an uneasiness clenching her belly.

“We’re going to my house and then we’ll take you home, okay? We’ll just go to my place first,” the young guy told her.

“Where’s your place?” she asked.

“Frankston,” he replied. An hour out of the city and nowhere near where she lived.

“Frankston!” the girl’s voice was shrill and panicky. “I can’t go to Frankston. I just want to go home.”  She began to cry again.

“You will go home. I promise you I’ll get you home,” the young guy soothed, slipping an arm around her neck.

But now the alcohol was evaporating from her veins, uninhibited joy replaced with crushing shame. She cried quietly and all the while, the young guy kept his arm around her.

“Don’t be a sook,” he whispered, “Come on, shhhh.” He smelt of beer and deodorant. He smelt unfamiliar. Wrong. He pulled her closer, kissing her neck. She was in a cab, drunk, far from home, with three men she didn’t know. She swallowed her tears and just waited.

Eventually the blackness was replaced with the dull glow of suburban street lights and the young guy turned to his friend.

“No,” the friend repeated and gave his address to the driver.

She watched as he got out of the car, slamming the door behind him. The car continued on, turned left and right and then right again.

“Just here, mate,” the young guy said and the car stopped again. He paid the driver and then turned to the girl.

“Come in with me. It’s really late. You can sleep and then I’ll drive you home in the morning,” he said. Benevolent face. One of the good guys.

“I promise I’ll drive you home later. Come on,” he tried again.

Small and vulnerable, tired and sad, the young girl knew this much.

“Here,” he said, throwing a twenty dollar note at her. He slammed the car door and disappeared. One of the good guys.

The cab driver turned around to the young girl. “Where are we going?”

“I live in Fairfield,” she said. “But I only have thirty dollars.” She held up the notes to show him.

“This is not enough,” he said.

“I know. I’m sorry. It’s all I have. But maybe my boyfriend can give you more money when we get home,” she said desperately.

“Thank you,” she said and climbed into the front seat obligingly. “Thank you so much.”

They drove back into the dark nothingness of the freeway, stopping once for petrol. Her phone rang, and when she heard her boyfriend’s voice on the end of the line, she sobbed.

The driver returned with two water bottles, offered the young girl one.

She listened politely as he spoke of his family. A wife, kids.

It was five o’clock in the morning when the taxi finally pulled into the driveway of the young girl’s apartment block. She handed the driver the thirty dollars, thanking him again for being so kind.

And because she was tired and small and grateful, and because she reminded him of his daughter, she leaned in briefly but still long enough for him to stick his tongue in her mouth. She pulled away sharply.

“Thank you,” she said again and stumbled out of the car as quickly as she could.

Before she could reach the front door, the young girl’s boyfriend rushed to meet her, his face pale with worry and as she fell against him, tired and so ashamed, he whispered, “You’re safe now. You’re home now.”

He tucked the young girl into bed and she fell into a dreamless sleep.

She did not wonder what it might have been like if the young guy had offered to help her and did so with no ulterior motive. What if he had let the cab drop her home first? Why didn’t he let the cab drop her home first? And what if the cab driver had treated her like the daughter he said she reminded him of? If he had gotten her home safely and never extracted a small piece of something for himself just because he could.