Date Night with the Middle Child: The Sound of Music in Melbourne

This is a sponsored post written in collaboration with Nuffnang and THE SOUND OF MUSIC now playing at Melbourne’s Regent Theatre. 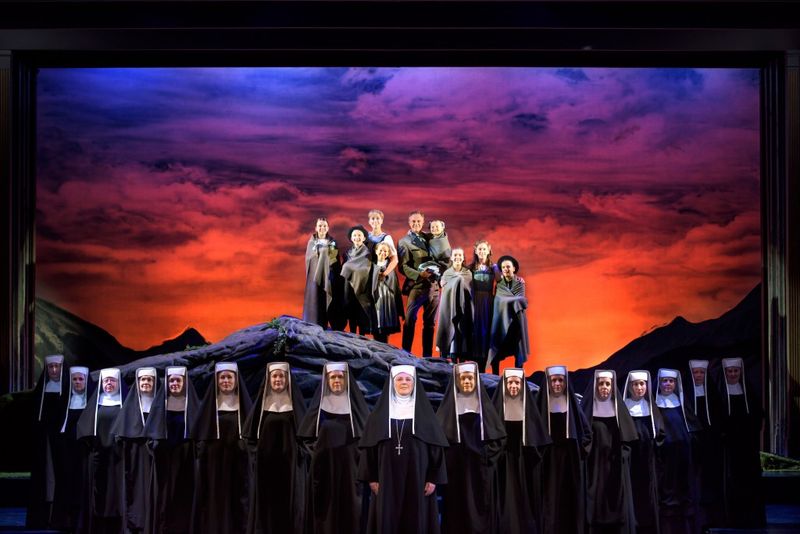 Friday night, the air mildly brisk, my six-year-old and I ran madly through the city backstreets, giggling as we went. It was 7:30pm and despite my best attempts to leave sufficient time to arrive comfortably early, we were going to be late. After being stuck in crawling traffic, we were elated to be out of the car and moving. The streets buzzed around us as we ran. Heels clickety-clacked on the sidewalk and lights twinkled against the dark night. As the living, breathing city filled up my senses, I looked across at my son, his face full of anticipation and wonder. It was our very first city date.

Finally, we reached the gorgeous Regent Theatre, glorious and lit up like Christmas. Taking the steps two by two, breathless with exertion and excitement, we grabbed our tickets and made our way into the theatre where the lights were well and truly dimmed and Maria had already serenaded the hills. Oh, dear! What a way to begin. 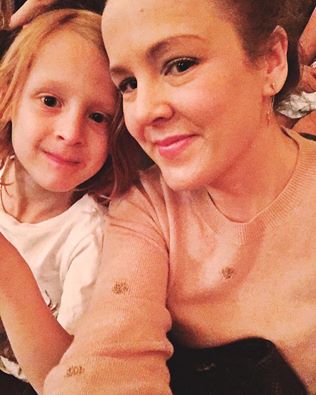 But we had made it. In our seats, I clasped hands with my little guy and out of the corner of my eye, I snuck glances at his sweet face as he took in his very first musical theatre production. I was transported to my own childhood, remembering the joys of live theatre, the way the music enveloped me, how the actors moved across the grand stage spinning a magical web of make- believe as they went. How the theatre would explode with applause, my hands clapping together with almost painful enthusiasm.

Before long though, I forgot about my cute date and instead was drawn into the wonderful world of THE SOUND OF MUSIC. When I was 12, I played the role of Brigitta in an amateur production of what is arguably one of the world’s most beloved musicals, and though this was many (many) years ago now, I found myself remembering as I watched. I was always delighted that Brigitta had the most lines of any of the children – except maybe Liesl. But never mind, I had thought, when I’m older I’ll play that role, too. Sadly, I never did and now I’m probably too old to play even Maria. Sigh. 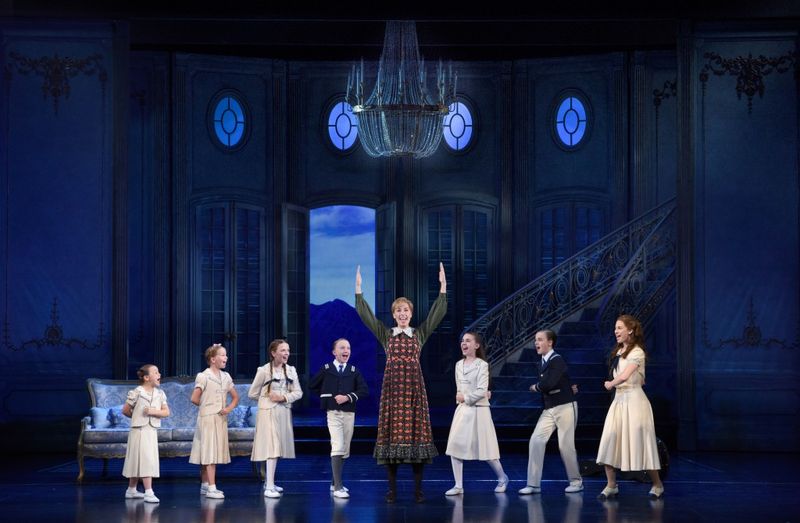 After a record-breaking run at the London Palladium, and fresh from rave reviews in Sydney, THE SOUND OF MUSIC is now playing in Melbourne. If you’re not familiar with the musical, THE SOUND OF MUSIC tells the incredible true story of the von Trapp family’s flight across the mountains of Austria during the time of Nazi occupation. It sounds heavy and certainly the underlying themes are, but the story predominantly revolves around the 7 (that’s right, SEVEN!) von Trapp children and the governess, Maria, who is sent to care for them. Hi-jinks ensue! Their father, Captain von Trapp, runs his home with military precision since the death of his wife and the arrival of free-spirit, Maria, a nun-in-training, turns the von Trapp family’s world upside down – in all the best ways. Spoiler alert: Maria does not become a nun in the end. You can work out the rest.

This production was gorgeous. Rising star, Amy Lehpamer as Maria was great. She brought loads of energy to the role and her singing was impeccable. Fans of the movie starring Julie Andrews will note the similarities in voice – bright and clear like a bell. The way she pronounced the words ‘thread’ and ‘bread’ in the song Do-Re-Mi was so bizarre it did make me giggle but apart from that, she did a cracking job. 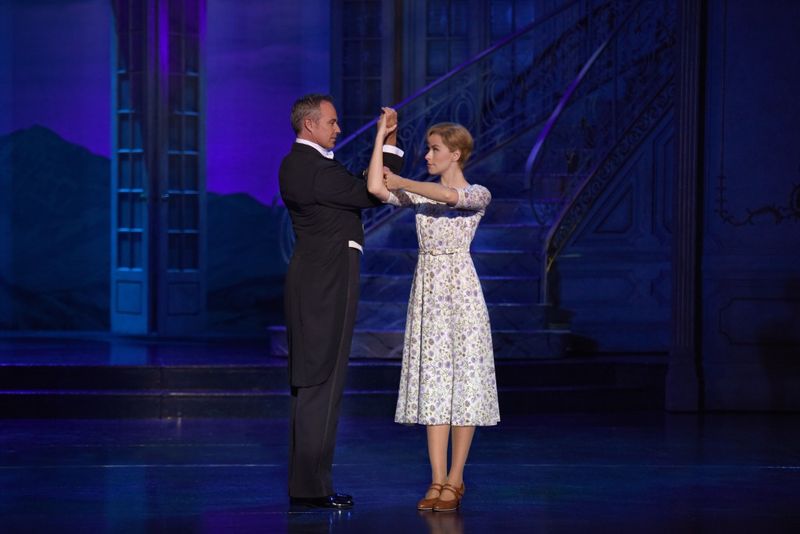 I’ll admit going in that I did question the choice to cast Cameron Daddo as Captain von Trapp. Sure, he’s an accomplished performer with a long career but can he sing, I wondered? Here’s my conclusion: he’s not the world’s greatest singer, no. But the test was in how he handled his performance of Edelweiss. This is a very moving moment as Captain von Trapp sings in tribute to the homeland he is forced to flee and I felt that Daddo captured the feeling of the moment well. What his singing voice lacks in depth, I felt he made up for with emotional punch.

Australian musical theatre royalty, Marina Prior was a standout as Baroness Schraeder but that was to be expected from a consummate professional. Jacqueline Dark as Mother Abbess was fabulous as was Lorraine Bayly as Frau Schmidt. In fact, the whole cast did a stellar job in their roles with plenty of recognisable faces mixed in with emerging talent. I had to bite my tongue to keep from singing along to the memorable songs of Rodgers and Hammerstein.

But back to my little date. What did he think of the performance? Well, he was enthralled throughout most of the first act, very excited about the choc top at interval and then passed out cold half way into the second act. My advice: show your kids the movie before you go (although note that the musical and the movie do differ), let them get to know the songs and most importantly, book for a matinee show. No matter how thrilling live theatre is, sometimes a kid just gets plain tuckered out! Day time shows are your best bet. 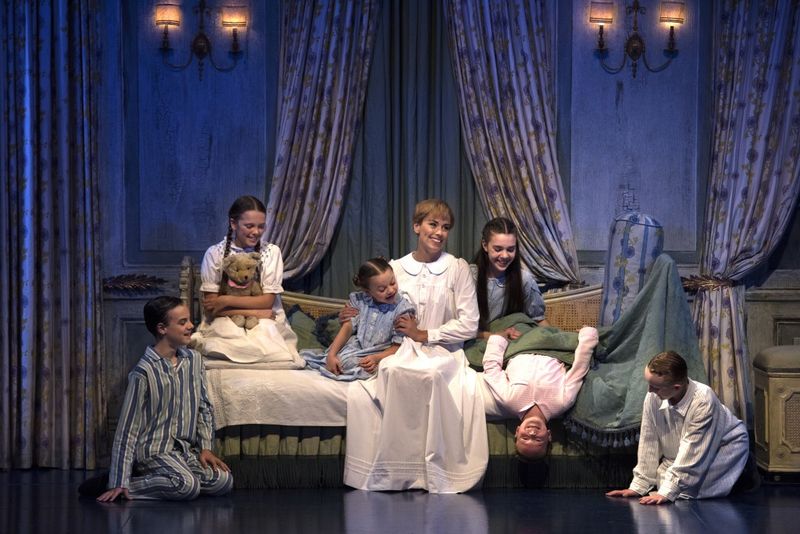 Sometimes life gets busy and it’s easy to get buried in the ‘burbs but there’s nothing like heading into our beautiful city to catch some live musical theatre to make you feel alive again. Take the kids, have a date night with hubby or take your mum and her mum along. It’s the kind of musical that holds appeal across the ages. And there are choc tops. Everyone loves choc tops.

After its Melbourne run, THE SOUND OF MUSIC will be coming to Adelaide and Perth, too. You can book your tickets here.