Still Co-sleeping After All This Time 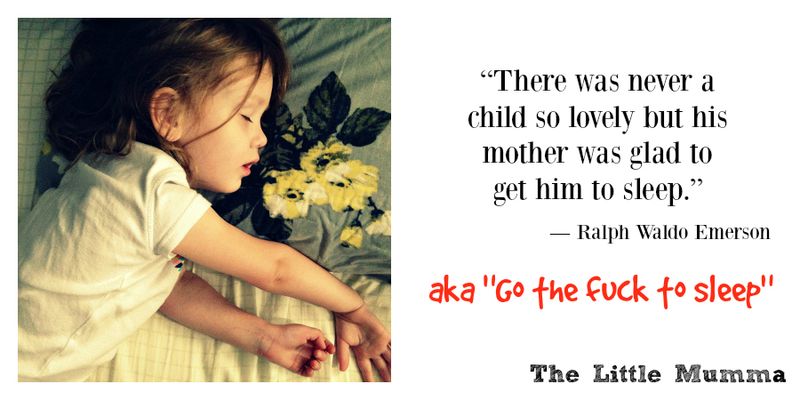 I don’t remember making a conscious choice about co-sleeping. I was never particularly for or against. In fact, the only thing I was truly and deeply for was SLEEP – and for this reason, I was willing to do whatever worked. With all three of my babies, that involved middle of the night breastfeeding in my bed which ultimately turned into co-sleeping. It worked for us.

But as the years march on and the once teeny, tiny bodies start getting bigger and taking up disproportionately huge amounts of space in the bed, I find co-sleeping less convenient.

Both boys were spending all night in their own beds by about 2 years old, but looking back, I can see how that was a matter of necessity as a new sibling came along and took the spot that was previously theirs.

And then there’s Harlow. Three and a half years old. Well and truly old enough to sleep in her own bed all night, every night. And yet, I can count on one hand the number of times she has spent the entire night in her own bed. We almost always start her there, but at some point during the night, she will call my name and I will stumble through the darkness to scoop her up in my arms and bring her back to our bed where she sleeps like the dead – if the dead had flailing octopus limbs.

Some nights I am so tired that I’ll grab Harlow as I’m going to bed so that I can avoid the 1am call out. I’m sure this is not helpful in teaching her to sleep on her own but as I mentioned previously, I am for sleep, first and foremost.

A few night’s back, I hopped into bed and she was already there because she had tonsillitis and if there is ever a time to keep your babies close, it’s when they are sick. As I squeezed in beside her, she rolled over and in the dim light, I saw her smile. Her eyes were still closed, but she threw her arms around my neck, and the smile on her darling face was one of pure contentment. It makes her so happy, even in a state of semi-consciousness, to know I am beside her.

Who can argue with the preciousness of these moments? Who would begrudge them?

I know this time is fleeting. Harlow will not sleep in our bed forever. Sometimes her tiny bed-hogging presence cramps my style (and my neck), but she is still my baby. Her face still has that satisfying squishiness when I press her cheek to mine – a squish that is long gone in her brothers. She still fits in the crook of my arm and so I let her stay there. The time is coming when she will grow up and out of my arms for good.