(Disg)Race Day: Why Filming Drunk Girls in Public is Not Okay 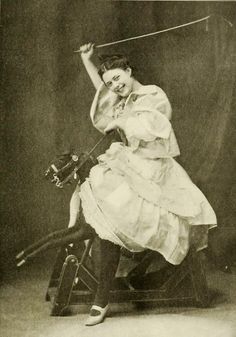 So Melbourne Cup is over and done for another year and oh, the detritus of the day that’s left to be cleaned up!

But while bottles and bet cards are easily disposed of, in this age of social media, there are some messes that will hang around indefinitely.

I was scrolling through Facebook and clicked on a link an acquaintance had shared with the caption, “Gotta love Spring Racing!” I had a sneaking suspicion I knew what the video would contain and so was unsurprised when the high-heeled woman in the very mini dress stumbled across the screen. The kids were around and I didn’t want to watch it in front of them so I clicked away. In fact, it troubles me that I wanted to watch it at all but the following day, there I was, searching for the link again. I couldn’t find it and Googled “Drunk girl at races.” I found the original clip (and about a thousand others) and also an article Em Rusciano had written a few years back.

I should state from the outset that I adore Em Rusciano. I think she is irreverent and hilarious and I enjoy following her on Facebook. But the article she wrote about drunk girls at the races did not sit well with me at all.

To paraphrase, her basic argument was that she had no pity for those girls who were ridiculed on social media for getting drunk at the races because, she said, all actions have consequences. And on the surface, the argument has merit. Yes, getting absolutely shitfaced at a public event – or anywhere – is a bad idea and as adults, we must all be responsible for our actions. But the black and whiteness of this argument makes no allowance for the flawed nature of human beings. We are all capable of poor judgement – particularly when that judgement is impaired by alcohol.

I was a pretty responsible kid. I started drinking quite early in my teens but fortunately, I had an excellent gauge for how much was too much and so largely avoided the awful humiliation of getting fall-down drunk. But during my mid-20s, seemingly without warning, that gauge went on the fritz and I found myself getting absolutely hammered. On one such occasion, I ended up at the emergency department of St Vinnie’s being drip-fed fluids intravenously. It was very out of character and astonishingly, I repeated the behaviour at least half a dozen times in short succession.

Not long after that, I was diagnosed with depression and my bizarre behaviour seemed to make a bit more sense. Once the depression was managed, the binge drinking stopped. And not a moment too soon.

Now I don’t suggest that all the girls getting stonkered at the Cup are suffering undiagnosed mental illness. Of course not. But we humans are complex creatures and it’s not possible for us to know what individuals are going through. If you had seen me staggering around the casino back in 2005, you might have drawn the conclusion that this was typical behaviour for me, another silly girl who can’t hold her liquor, but what was going on was far less simple than that. Yes, I was terrible at holding my liquor and yes, I was making terrible decisions every time I bought another drink, but who hasn’t been there before?

When Em suggested the solution was that a girl should slow “down on the contents of her esky,” I really want to know has a sparkling white never tasted so delicious to her that she decided to have another? And then another? Hell, I’ve written time and time again that despite alcohol being a very real trigger to my anxiety, there are occasions when I have that fourth drink because, dammit, I’m having fun and it’s a really, really nice feeling. Even this old, married woman with kids sometimes lets the wine take the reins.

And okay, some of these girls are having way more than four drinks. I don’t know how they do it. I’ve never been able to drink that way. But there is still the idea that men who can put away a slab at the Cup are somehow heroes but girls who’ve had “57 breezers in 27 degree heat” and are then ridiculed on social media are experiencing “consequences.”

Consequences. Gosh, they’ve changed, haven’t they? You’ll often hear Gen Xers giving thanks that we spent our formative years BEFORE the age of social media, and with good reason. Twenty years ago, getting pissed at the races held consequences for young (and not so young) women. Perhaps there’d be an angry boyfriend. Maybe an apology to the friend you screamed abuse at when she drank the last UDL. Or maybe you owed your Mum 100 bucks for trashing her expensive heels. Add to that a hefty dose of embarrassment and regret and these consequences were fair and just for having celebrated the public holiday too enthusiastically.

Now girls who let racing fever go to their heads can expect to find footage of themselves vomiting into a bush going viral on Facebook. And the consequences may not stop at widespread ridicule and general humiliation. The potential for employment to be jeopardised – both current and future prospects – is very real. An unflattering video released into the World Wide Web can haunt a person forever.

There are instances when capturing poor/illegal behaviour on camera can be positive. We have seen criminals caught and social issues like racism highlighted. But videoing a girl who is obviously inebriated and vulnerable stumbling in heels and accidently flashing her underwear is done for the sole purpose of shaming her. There is no higher motive – it is simply to laugh at her. And I don’t understand what motivates this mean-spirited behaviour. Put your phone away, shitheads. Intoxicated girls are not sport. They still deserve basic decency. Getting pissed in a public space does not negate their right to privacy.

To be clear, I feel equally appalled for boys and men who are videoed for the purpose of humiliating them, too, but it must be noted that there seems to be a particular kind of glee in capturing a woman who is out of control. There is a special quality of disdain reserved for pissed chicks and an underlying salaciousness. Society still holds us to the standards of ‘ladylike’ behaviour. Excessive drinking and the subsequent violence that can ensue for men is often excused because ‘boys will be boys’ – if it’s not outright glorified.

So yes, drunken girls (and guys) who end up on viral videos are responsible for their actions. But that the transgression deserves a possible lifetime of evidence to judge them with seems especially unforgiving.

So I say it again. Thank god I made my biggest mistakes BEFORE social media. It’s a rite of passage to drink too much and do stupid things. Most of us have been there. Em, I know you’ve been there. I shudder to think of the videos of me that might have existed. The kids of today who no longer have a safe space to make those questionable choices without fear of being filmed or photographed doing so have been ripped off. Their margin of error is zero. Those kids deserve the opportunity to make mistakes. Yes, we live in different times and being aware of the reality of those times is necessary, but does this mean that young people forfeit the right to fuck up for fear of becoming infamous on mean-spirited Instagram accounts? It certainly looks that way, and what it says about our society is not positive.

And back to the original video that started this whole thing for me. The girl in question was probably old enough to know better. Her behaviour was seriously out of control, throwing punches at innocent bystanders and swearing like a sailor. It was a bad day for her. Maybe she has a lot of those days. Perhaps seeing herself in that video will be a wake-up call. But the guy videoing her didn’t do it to help her. Commenting on “seeing her lunch” when she tumbled forward wasn’t altruistic. Yes, her decisions made her a spectacle to everyone at the races that day. But an equally bad decision was the creeper guy filming a woman he didn’t know and sharing it on social media for shits and giggles. I’m calling out his shitty behaviour. And everyone who shared it. We can do better.