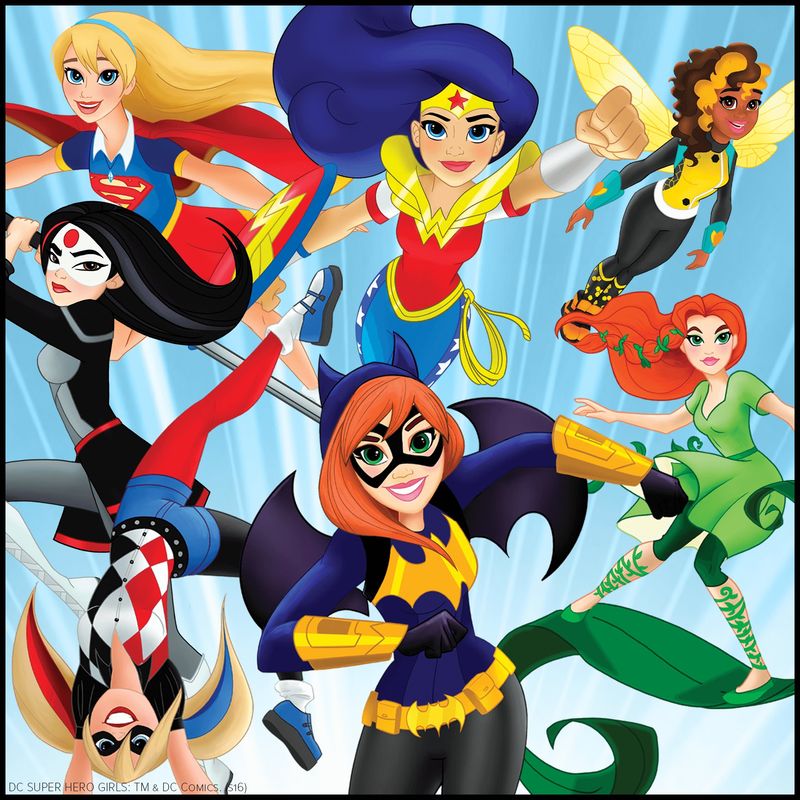 So here’s what I like. I like it when girls get to be the lead characters. I like when girls are represented as strong, smart, funny, capable. I like when girls get to wear the cape.
And I especially like it when these strong, smart, and capable girls feature in online webisodes made for kids.
That’s why I like DC Super Hero Girls. Me, I never really watched those comic-style cartoons as a kid, but I know plenty of girls who did and the fact that the majority of superheroes were guys sends a message that’s less than ideal. So when I learnt of DC Comics’ latest online series, I immediately thought how great that was for Harlow. But a second later, I thought, Hang on, that’s great for all my kids. It’s just as important for Luca and Ziggy to see a female represented as the hero as it is for Harlow.
I showed my boys the first six episodes on the DC Super Hero Girls Youtube channel and watched their response with interest. Neither of them commented on the fact that the show featured girls in roles that they would predominantly have seen male characters inhabiting. If they noticed a difference, they didn’t mention it and it didn’t stop them from wanting to watch all six episodes.
I also played an episode to Harlow, who at three years old is a fair bit younger than the target demographic (6-year-old girls), but the brief length of each episode coupled with the ridiculously catchy theme song meant that she asked to watch more.
Designed to be accessible from any device, DC Super Hero Girls is a fun option to entertain bored kids stuck in waiting rooms or on long car trips. After they’ve watched the episodes, they can check out the website where there are games to play and free printable activities.
There’s also a quiz to find out which character you’re most like.
For the record, I was most like Bumblebee which is awesome because she has her shiz together. Also, she has wings. Wings would be handy.
Naturally, there will be merch to follow. But when I stopped to think about female dolls currently on the market for girls to play with, I couldn’t think of any superheroes. So for those parents who don’t love Barbie and co, maybe Batgirl or Wonder Woman will be a welcome change.

You can check out the episode below – I’d love to know what your kids think. DC Super Hero Girls won’t change the world, but in a society that thinly veils it’s preference for girls to be pretty and sweet, I appreciate an alternative message for my kids. Kick-ass girls represent!