Reading School Reports Is Like Being Reintroduced To My Kids 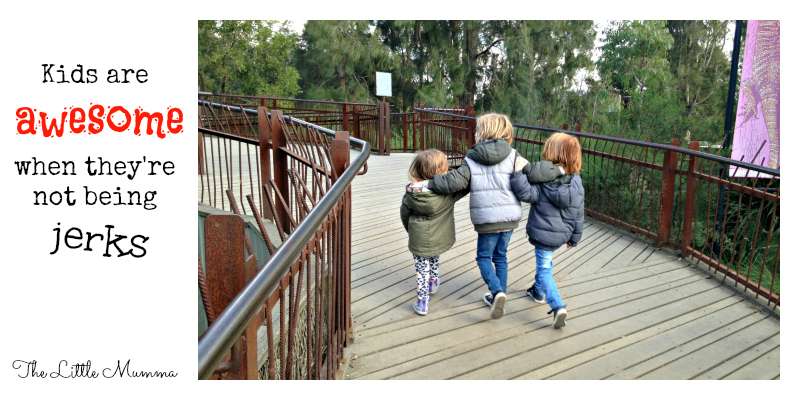 I was looking forward to the school holidays. If for no other reason than the relentlessness of school lunches, I was looking forward to the holidays. Some people enjoy a sleep-in during this time but apparently, we are not those people. And if any of us try to be those people, there is always one little bastard who can be counted on to wake early and take the rest of us with them. I know what you're thinking. You're thinking, "Angie, you can't call your children bastards!" and my response is A: I never call them bastards to their sweet little bastard faces but also B: Bren and I are NOT married which makes me factually correct and I'll call those little bastards whatever I like.

But I've strayed off my point. My point is that the thing I most look forward to when Semester 1 draws to a close is report time. I love school reports so much! I love reading all about my child and scratching my head in wonder at the little stranger being described to me.

A sample of this year's reports:

Not bad for a couple of bastards! But seriously, WHO ARE THESE CHILDREN? And where do they go when I pick them up at the end of the school day?

I'm not suggesting the boys have no redeeming qualities and in fact, I think they ARE capable of being sweet kids, but the way their teachers describe them so glowingly is somewhat at odds with the little people who skulk around this house fighting and whingeing and begging for food. If I've told Luca we don't resolve issues with hitting, I've told him a thousand times. Just in the last 48 hours. "But Mum!" he'll implore, "Ziggy is the most annoying person IN THE WORRRRRLD." The other day, I pulled him aside and I said, "Listen, mate, I know. And between you and me, we're all thinking the same thing. But this is a burden we have to carry together." He winked at me and we had a little laugh and all the while, Brendon stared at me weirdly. Like, disapproving or something. I don't know. I'd already moved on.

And Ziggy a can-do kind of kid? Um, not if the 'do' involves brushing teeth, putting on shoes or carrying his own school bag. Or walking. He doesn't much care for walking either. His legs hurt, you see. If the 'do' involves watching marathon episodes of Scooby Doo, eating donuts or making fart noises with his mouth, then yes, I agree, he CAN DO and WILL DO. But as far as I knew, these activities were not a part of the school curriculum.

So I love report time because I get to glimpse my kids through someone else's eyes and as parents, I think we really need that. We need to be reminded of who our kids can be, the very best aspects of them. Yes, it's balls that their behaviour is often the polar opposite at home but isn't this true of all of us? Don't we expend a huge amount of energy putting our best foot forward when we're out in the world and relish the opportunity to dispense with all that shit within the safe confines of home? It's not that those aspects of our personalities are not genuine but it's exhausting to be good and gracious and wonderful ALL THE TIME. Sometimes the annoying ginge needs a slap upside the head. Or not. No. That's not the answer. But at the very least, when Luca and Zig go 20 rounds, they're learning valuable lessons about interpersonal relationships. They get it out of their systems which enables them to be better friends with their school peers. They save the very worst for each other because they know that no matter what, they are still rock solid. Luca is a total dick who makes up games and changes the rules as he goes so that his little brother can never win but tomorrow, Zig will be there, willing to put up with his shit once again.

They're smart kids and I'm totally proud of the academic aspect of their reports but the shit that really pumps my tyres is that they are walking around this world not being complete jerks.  "Look,  honey, it says right here the kids aren't arseholes!" It's heart warming, is what it is.

Next time they get on my nerves (tomorrow, AM), I am going to remind myself that my kids are pretty amazing. Amazingly ridiculous and whiney. Amazingly cute and hilarious. Amazingly unwilling to let me shower alone. And just plain amazing.