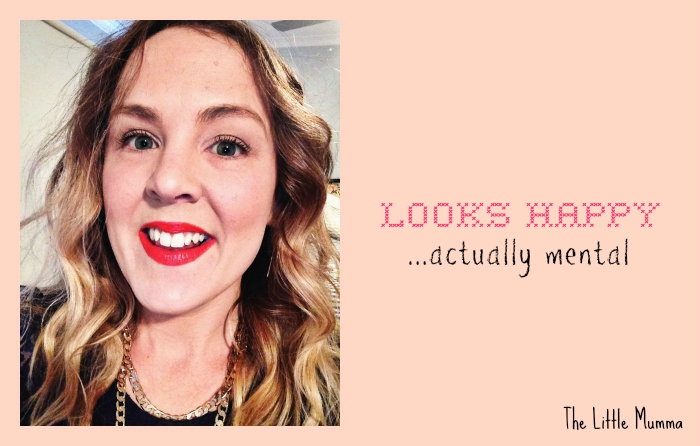 Since Brendon started his new career as an engineer late last year, there has been an element of our relationship that is something akin to passing ships in the night. Leaving at around 5:30am each morning and returning at 7pm each night, it’s hard to recall what he looks like in the light of the sun. There is method to his madness – leaving so early means he avoids traffic and gets in a daily workout, and leaving late means he can get more work done and miss the full extent of peak hour on the drive home. But the damage these long hours was doing to our relationship began to show.

For four years, Bren has been working towards this dream. He studied furiously around family life and we made it work together. Now he gets to live that dream, and so while his days are incredibly long and challenging, he is able to push through the exhaustion because he loves what he does. He comes home buoyant and often keen to share the ins and outs of his day with me.

I was thrilled for him, proud and excited at how well he was doing in this strange new world. But within me, something was gradually eroding. My enthusiasm began to wane, bit by bit, until eventually when he would return home at night, I could no longer pretend to give a shit. About anything. I would get dinner on the table, get the boys’ school readers done, maybe I’d oversee baths or showers and then I would lie down with Harlow for bedtime. Sometimes she would beg for a story and I would grudgingly read her one but mostly, I wanted to close my eyes and just wait for her to sleep – and often times, drift off myself. I would lie with her well after her breathing had slowed and I knew she was asleep. I lay there long enough that I might not have to deal with the boys or the dishes or anything else. When I would finally emerge, I would already be in sleep mode, barely acknowledging Bren as I washed my face, brushed my teeth and crawled back into bed.

I would lie there for a while thinking of how tomorrow was a new day. How I would tick off all those things on my to-do list. How I wouldn’t yell at the kids and I’d get dinner prepped nice and early so I wouldn’t feel stressed later on. And when Bren came home, he would see that everything was in order and after dinner, we’d sit together on the couch and watch House of Cards without me falling asleep.

Such a simple dream but one that I could never make come true, no matter what I did.

What was wrong with me? I couldn’t quite put my finger on it. Yes, the days were long without Bren around. Yes, I was tired. But this was motherhood. Nothing new or unexpected. When we finally sat down, I just talked and talked (and cried and cried) until I worked it out. And Bren listened – and really heard me.

This job is the worst job I have ever had. If I was employed to be a housewife, I would have quit by now – or been fired. In my heart I know I am not very good at it. I am impatient and resentful of the constant demands on my time. I shut down playfulness and laughter in favour of getting ready and out the door on time. I have grand plans for loads of home cooking and creative school lunches and then fall in a slump of zapped energy and zero motivation. Housework is the number one enemy to my creative soul.

I want to do better for my children but find myself coming up short time and time again.

I love my kids. I feel blessed to be their mother. It is a privilege and I would not change their existence in my world. I also resent how much of me is required to keep this family running. And this jarring contradiction leaves me shredded on the daily.

I exist in a world of shoulds and musts and have tos. It has been slowly destroying me.

In essence, it is this; my days revolve around doing a job I find tedious and uninspiring, contributing nothing of value in the greater world. To be clear, my kids are anything but tedious and uninspiring – they are vibrant and hilarious. If they weren’t, I wouldn’t give a fuck about any of this. But the job of raising them, the minutiae involved, takes all my energy, leaving me with nothing for myself.

And I hate that.

Each day, I cook and I clean to varying degrees and none of it matters. Not for one minute can I rest on my laurels, admiring the work I have done because it must all be done again tomorrow. And the day after that. It is a relentless onward march. Clothes get dirty again. The pleasure of a clean floor is momentary at best. The very act of living renders the pursuit of a clean home pointless.

So essentially, I spend my days doing a job I find deeply unsatisfying and it leaves me exhausted. There is little tangible evidence of my work. I recall all the mistakes I have made and always, there is a feeling of having failed. Again. I feel nothing I am doing really matters. I contribute nothing meaningful. I believe my children are good and happy in spite of me.

But I can’t stop doing it either. The old adage of “Messy home, happy kids” might work for some women but I am not one of them. I hate mess. But I hate cleaning it more – especially when there are three people whose sole existence appears to be undoing all my boring work. I love them. I’d like to spend more time being their mum and less being their maid.

Happiness is elusive when I tie it to my domestic achievements. This is not where I derive joy. But living in a state of mess and chaos leaves me equally unhappy.

When Bren walks in the door at 7pm at night, I HAVE NOTHING LEFT TO GIVE.

So what is the answer? I can’t retire from motherhood – and nor would I want to. I’d retire from housework in a heartbeat but that’s not on the cards for us right now either (but the moment this is a financially viable option, watch my employ the shit out of a cleaner!).

What I need is more balance. So I asked Bren to get home earlier when he can. Getting home at 6:30pm might mean he sits in traffic for longer but those 30 minutes mean everything to me. He could eat with us and then help put the kids to bed instead of walking in right on bed time when I am trying to wind the kids down and his presence winds them all the way up again.

I need to WRITE more. This is what fuels me. I believe this was the work I was put on earth to do. But at the moment, I am desperately trying to fit it in around everything else and it’s not working. Ideally, I need to write at night but apart from being exhausted, Bren and I would never talk. And we need to talk. The distance between us had become so great that it felt a bit weird to be planning a wedding with a guy I barely speak to. None of this works if we are not a solid foundation.

Mums are the heart of the family. If we are not travelling well, the whole thing begins to crumble. Balance seems like a clichéd word to throw around but it’s crucial to try and find it. It feels impossible sometimes but I think we need to keep working at. Resigning myself to my situation was the worst thing I could have done. Bren was working long and hard and it was my job to hold up shit around here. Except that this was never my dream. To be a mum, yes. But only a mum, no. Being only a mum is very bad for me. It’s not a judgement call on other mums, just a realisation for me and what I need to be okay. And it’s not selfish to acknowledge what you need. On the contrary, it’s vital. I cannot helm this ship if I myself am sinking.

But motherhood is a reward in itself! What about all those moments of joy? The laughter and the cuddles and all those precious moments that make up a life?

The joy is there, yes. But sometimes it gets buried so deep beneath all the other bullshit that it’s hard to truly feel it. If I had to break a day up into percentages, I’d say there’s about 10% joy and the other 90% is split between laundry and whose turn it is to hold the fucking remote.

I am only human. I want my kids to be happy. But I want to be happy, too.

Sometimes, just sometimes, I would like to hold the fucking remote.