Did I have too many kids?

Sometimes I watch on enviously as my single child friends go about their parenting business. I'm not saying it looks easier necessarily, but it looks quicker. For example, when it's time to go, parents with one child just, you know, go. They grab one school bag and strap one kid in the car and they go.

When it's time for my family to go, things are less straightforward. There are three children, three sets of belongings, someone has inexplicably brought along a vegetable peeler, and when you finally strap every child into their carseat, it's not unusual to discover that someone has forgotten a shoe. Or their pants. I don't know how this happens but it does. More than I can truly comprehend.

So I look longingly at single child families and wonder, just for a split second, whether I traded in another small piece of my sanity every time I got knocked up. And the answer is a resounding yes. Let's not bullshit one another.

But then I take photos like the ones below and the magic of siblings is revealed. This is Harlow and Luca – the baby and the first born. I marvelled at the way their hair seemed to hang in exactly the same way as they bent their heads to important kid business. Why important kid business must involve sticks and rocks and dirt, I can't really say, but it does.

And their faces, same, same, but different. Harlow looks very much like Luca did at the same age, but the years have stolen away his rounded baby face, replacing it with more angular features which hint, achingly, of the man he will one day be.

They're both ridiculous. Thick as thieves. I can hardly stand looking at their adorable faces.

But this picture is less without him. He is the vital link. He brings a level of cray that we would all be lost without. I need to go kiss his little face while he sleeps. And maybe take some photos of him. 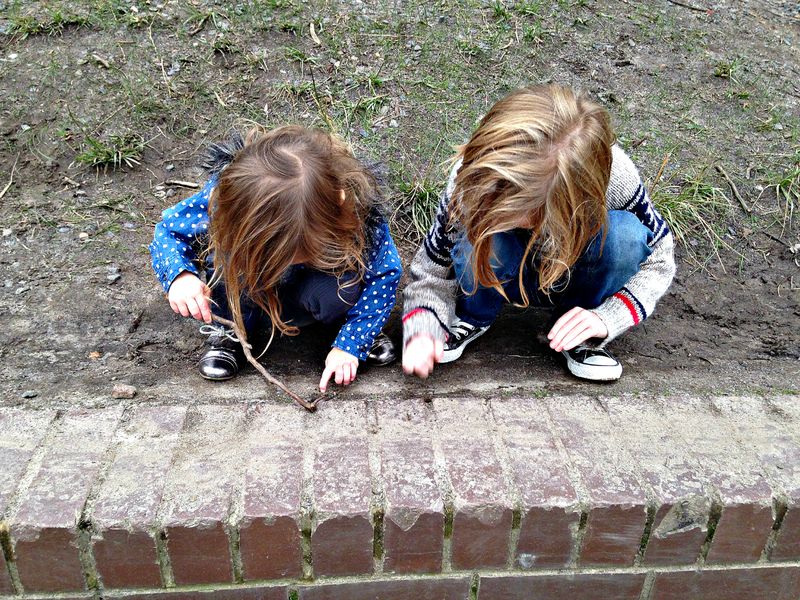 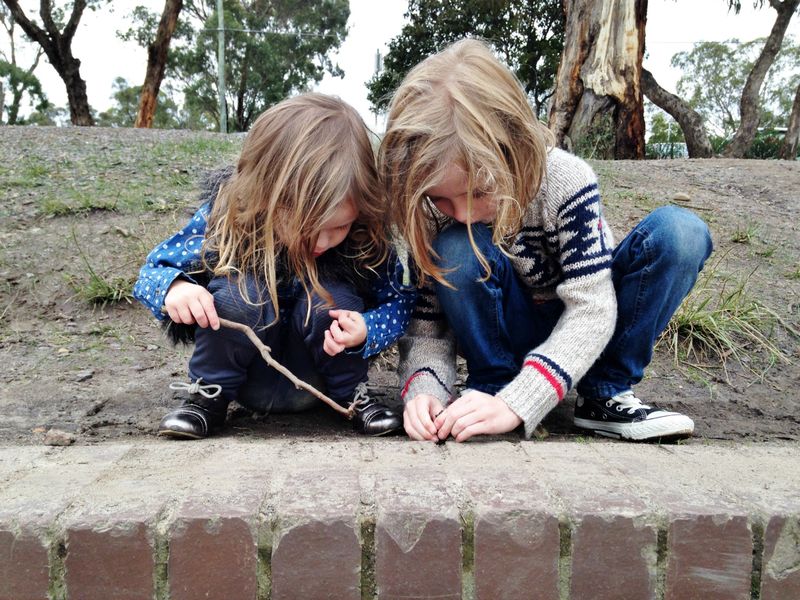 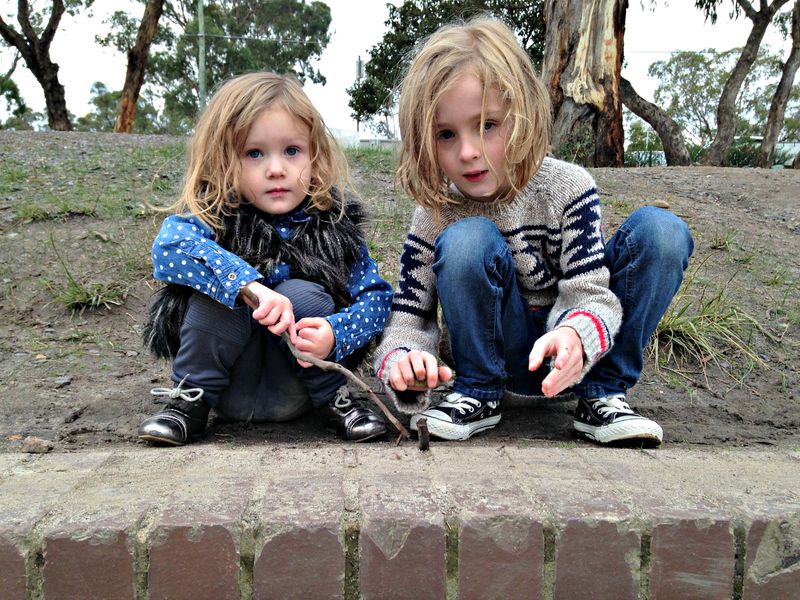 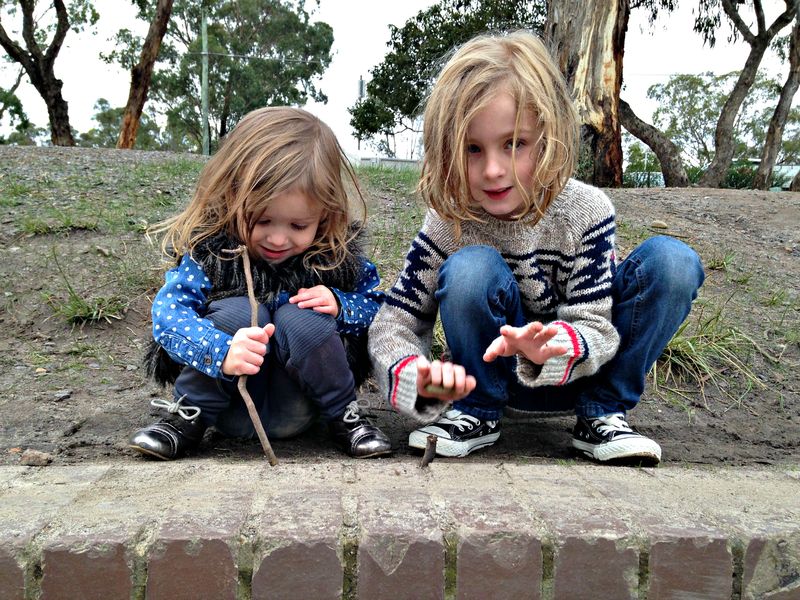