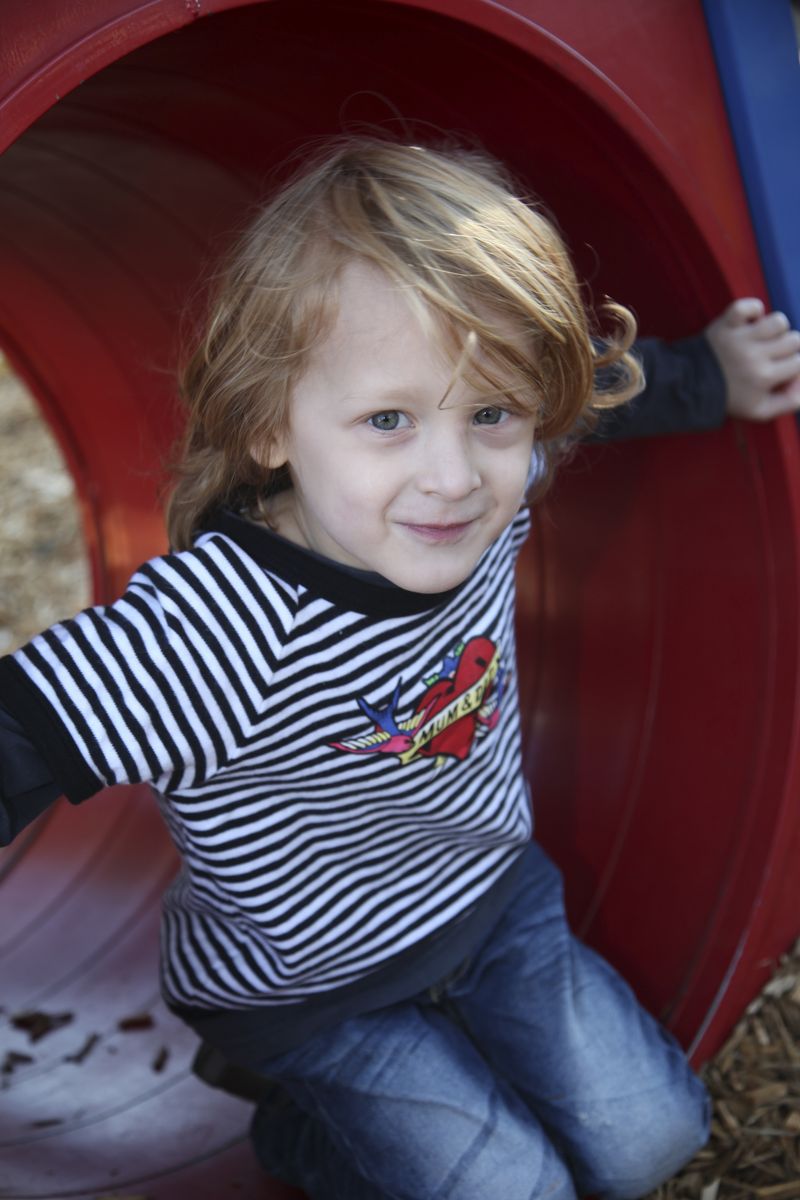 So here I was thinking that today was World Middle Child Day and wouldn't that be the perfect time to write a little something about my very own middle child, my Ziggy.

Then I discovered it was actually yesterday. Oh.

No matter. It's high time we had a chat about Zig. And the reason I know it's high time is that his godmother pointed out to me a while back that there have been very few blog posts about the Zigmata of late.

But she's also a middle child so of course she would say that.

Poor old middle children. Apparently they are an angry, resentful bunch who never amount to much because they spent their formative years being looked over in favour of their responsible older sibling or their adorably cute younger one.

But no, says more recent research, middle children are amazing! They're great communicators, deeply empathetic, and their ability to think outside the square gives them a unique perspective on life.

Zig does not appear to be angry or resentful – yet. But he is most certainly a unique little guy who feels things very deeply.

And I think this is why it is hard for me to write about my middle child, my second son. How can I do justice to the beautiful complexity of this child? Ziggy has always been a child of extremes. The loudest cry has always been tempered with the most infectious laugh. People are drawn to this kid. He is bristling with life energy. But he is so emotional that I have found him to be the most challenging to parent. Tough love doesn't work with Zig and instead, you need to come armed with maximum patience and endless hugs. He is easily wounded and responds far better to the idea of a reward and so we set weekly goals in an effort to encourage better behaviour. If we're consistent, it appears to work.

But consistency is a bitch and can I get an AMEN, fellow parents? And a show of hands for those who have a half-completed weekly reward chart that's been on their fridge for 23 weeks.

But Zig. Ziggy Ziggy Zig. I'm telling you, this kid is golden. Annoying as fuck but caves in my heart with a single word. He's special, this one, and when he tells me he's not leaving me, he's never leaving, part of me wants to be that scary mother-in-law who never lets go.

He wants to be a cooker when he grows up and actually what that means is that he's going to cook me dinner every night. My actual god. Can you understand how I just die?

Yesterday he mispronounced spaghetti and he hasn't done that for the longest time and I can not forgetti how he says forgetti.

Today I went and checked out a possible wedding venue and he asked me, "Mum, where will you and Dad do the wetting?"

I wanted to tell him the wetting has been done – three times – thus why we should probably get married sooner rather than later.

The truth is my children annoy me in equal measure. They really do. But Zig comes at me on a frequency that doesn't immediately connect with mine which is why I found myself getting so frustrated with him – last year in particular. What had worked with Luca (and similarly works with Harlow) just didn't with Zig. He is his own creature and one that, even from the moment he was born, I knew I didn't instantly recognise. No, I have had to learn about my second son, and come to understand him.

I could tell you it's been so worth it. But I hope maybe that's already obvious….