I’m Done: memo to my uterus 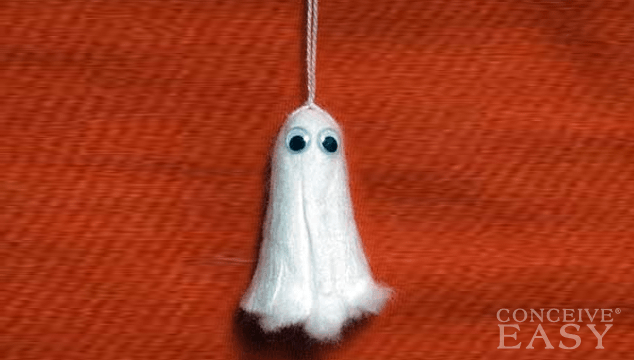 All this talk about being a big failure at life dreams has got me thinking that I’m really, really glad I had my kids. If I was still plugging away at acting, still hadn’t got my ‘break out’ moment and then realised I was almost forty and my eggs might possibly be fucked, that might have ruined my day.

Thankfully, I smashed out three small humans in quick succession and frankly, it’s probably the most ambitious and successful I’ve ever been at anything. Ever.

So yay me. Breeder extraordinaire. And though Bren gave them all eczema, they seem to have been spared my syndactyly. There was a moment when I thought Harlow might have shared my mutant toes but now I’m not so sure. I’ll have to check that again. I don’t spend a lot of time near my children’s nails, and you can tell this is true because the Guinness Book of Records recently rang me to ask for measurements. Unfortunately, there’s a toddler in a small, remote village in Guatemala who beat us out to the title of Most Grotesquely Long Toenails. However, I may still be a chance for Most Neglectful Mother Ever: Toenail Division.

What was I talking about?

Oh, that’s right, kids. Yes, I’m done having them. I know I had my little, Oh, is this the end of my fertile earth mother days? melancholy stage, and was briefly choked up about putting the ute out to pasture, but I’ve made my peace with it now.

So I can tell you I am sorely disappointed with the current state of things. Monthly things, if you get my meaning. Because I said to my internals, “Hey, reproductive system, job well done, but why don’t we call it a day? Take a break. You’ve earned it.” But instead of just chilling the fuck out, they’ve been all show-offy about how, despite what I want, they are still good to go on the baby-making front.

I did a quick Google search and the average age for menopause is 51. Hello? I’m 37. That’s….that’s like, four…carry the one…minus 7 is…(absolutely not using calculator at this point)…FOURTEEN YEARS?

I have almost a decade and a half longer to endure the inconvenience of a system that I no longer require.

Why? And this is a fair question since by the age of 40, only 2 in five women will be able to conceive a baby. So the system is starting to clap out and yet we’re expected to keep surfing the crimson wave for another decade? Something doesn’t add up.

I am most distressed by this news. And to add insult to injury, I can’t take the pill which typically dilutes the most hideous aspects for me. I can’t take the pill because a/ Harlow is still on the boob and b/ apparently I’m getting TOO OLD TO TAKE IT. Yes, I’ve been out of the game – probably 8 years off the pill now – but I had no idea I’d eventually be excluded from its magic altogether. Something about deep vein thrombosis and my decrepit, old leg veins. Jesus, I’m a walking corpse and I’m only just finding out. Everything is falling apart around me – except my ute which has another decade of monthly histrionics to subject me to, after which time I will trade it all in for the right to be permanently sweaty – except in my vagina which will apparently become arid as a desert, but it’s okay because by then my libido will be completely flat lining and thank goodness because nobody likes to buy jumbo lube at the supermarket.