A little piece of almost 7 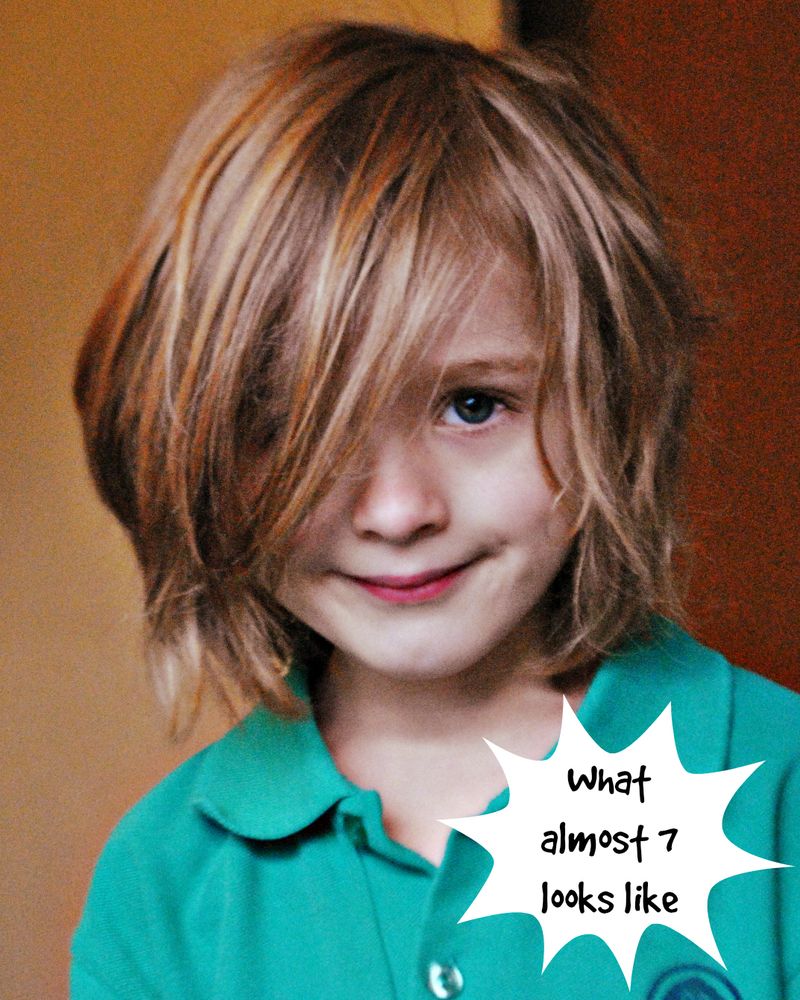 At bedtime a few nights back, he read to me. One minute, you're marvelling at how tiny a human fingernail can be and the next, those same fingers, now permanently grubby under the nails, are turning the pages of Mr Worry and your tiny fingernailed baby is reading all the words.

Soon enough it will be seven years that have passed since he made his way earthside and permanently altered life as we knew it. And not a moment too soon.

So Luca was reading Mr Worry when suddenly he stopped. I looked up from my phone to see him staring at me.

"You need to listen," he said.

"Okay, okay, " I said, and looked at him expectantly. Barely 30 seconds passed before I was sneaking glances at the screen again.

"Mum!" he said, bemused, as though I was some sort of kid who couldn't help themselves. He threatened to take my phone.

So I turned it off. And though I didn't really want to hear the story of Mr Worry (in my defense, I have heard it before), I stopped what I was doing and tuned right in to the words as my son spoke them.

Before long, I was mesmerised. His little mouth, my mouth really, shaping each sound; the short pauses as he searched for context within the sentence and placed emphasis on words accordingly. His eyes moved back and forth across the page, and every so often he would turn the book around so I could see the illustration. I felt my heart squeeze each time I glimpsed the little flash of space where the first tooth he lost had once been. I wondered how soon it would be before the one beside it would go. It's loose, and I ask to wiggle it sometimes but he doesn't always let me.

At the end of the book, we laughed because that Mr Worry just can't help himself, and now he's worried about having nothing to worry about. We talked about worries, how they're pretty normal and everyone has at least a few. We agreed too many worries was bad for you but that some worries help keep us safe. I held my breath just a bit, wondering if he would tell me about some secret worry he's been holding inside all this time. I think that scares me most, the idea that one of my kids will have been suffering in some way but can't find a way to share it.

But I think we're in the clear for now. I think his greatest concern was that his mum wouldn't stop looking at her phone during Mr Worry.

This quest to always be multi-tasking is a problem. My need to be achieving more than one thing at once actually prevents me from experiencing moments with my family. And checking Facebook, even if I justify it as blog-related, is not necessary during bedtime stories. It's just a rationalisation to cover the fact that I find story time boring. And I'm itching to get to the lights out bit. Many nights, as I sit with my kids before bed, I am already long gone.

But listening to Luca read Mr Worry, watching the changing expressions on his sweet face, was one of the best moments of my day.

The day-to-day existence of stay-at-home motherhood can be a little dull. But there is nothing boring about being Luca's mum.

I hope he knows that.