10 books to stay up far too late reading 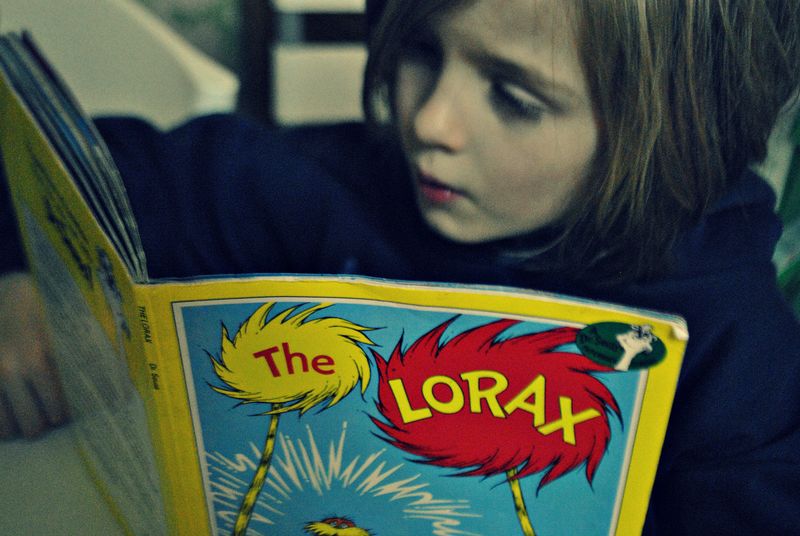 Almost as good as reading yourself: seeing your kids reading

How good is reading? Of all the things I wish I had more time to selfishly pursue, I think books would be number one. Yes, I love shopping and massages, and I imagine getting your nails done must be lovely (I think I’ve had it done once in my life?), but curling up with a book (a real and actual book with pages to turn) is the simplest and most wonderful pleasure on earth.

I wouldn’t say I’m a book snob per se but I stay away from certain genres just because they don’t do it for me. Life is short and there are far too many books for me to waste time on romance or fantasy trilogies. But that’s just me. I think because I write myself, I like to be inspired when I open a book. It doesn’t need to be an intellectual workout (pretentious tomes bore me silly), but I want to be moved somehow – to laugh, to cry, to keep turning pages. I want to get lost in that world. What makes a person get lost is different for everyone.

That’s the beauty of books though. There are so many of them that everyone can find something that appeals to them. I can’t deal with Tolkien, but millions of people the world over are enchanted by the incredible worlds he creates. Some say Jodi Picoult has written the same book over and over for the last decade but I bet as I type, there are thousands of people absolutely engrossed in one of her novels. That feeling is MAGICAL. As long as we’re experiencing that magic, who gives a damn what genre is delivering us that feeling?

And one of the greatest joys of being a reader is getting to share books you have loved with others. So I thought I would share a list of some books I’ve loved recently. They’re not new releases because frankly, I never read books in a timely fashion but rather watch them collecting on my bookshelf, a sort of torture/joy combo of emotions as I watch the pile grow ever larger. On the one hand, Jesus, when am I ever going to read all these books? and on the other, So many delicious books all for me!

So here are a few recommendations for you.

IF YOU WANT EPIC

Wally Lamb – I Know This Much Is True

I read this book so long ago, I don’t even think I could tell you everything that happened but I know that I loved it. I seem to recall being vaguely disbelieving of the neat bow tied at the end but for me, Lamb’s strength lies in the characters he creates. Everyone is so….human.  And that rawness will make you care what happens.

IF YOU WANT FUNNY

When You Are Engulfed In Flames – David Sedaris

I discovered Sedaris, as I do most writers I come to adore, via my mother. This particular book is a series of short, autobiographical stories (or essays) and from the first page, I was IN LOVE. But how can you describe why someone is funny? It’s almost impossible. I guess you’ll just have to trust me. Or read this excerpt.

This passage can be found on page 3 and comes after David’s boyfriend’s mother reveals she had a guinea worm in her leg while living in the Congo.

“If I was a child and saw something creeping out of a hole in my mother’s leg, I would march to the nearest orphanage and put myself up for adoption. I would burn all pictures of her, destroying anything she had ever given me, and start all over because that is simply disgusting.”

IF YOU WANT DARK

Flynn has garnered a whole lot of attention (and a sizeable paycheck no doubt) following her novel, Gone Girl, being turned into a movie starring Ben Affleck. I have neither read nor seen it but a few years ago, my lovely friend Sarah lent me one of Flynn’s earlier novels, Sharp Objects, which I thought was fantastic. I may never have picked it up off my own bat being that it’s categorised as a thriller of sorts, but I thought the characters were so well drawn. It was a cracking good book.

IF YOU WANT OFFBEAT

If you’ve only ever seen the movie, don’t be put off. The book is so much better. This memoir reads so weird you’d swear it had to be fiction, but the beating heart at the centre of the madness balances the sometimes suffocating layers of crazy. Burroughs can relay moments of his, at times horrific, life and leave you crying with laughter. That's a skill.

IF YOU WANT A GREAT STORY

Another book passed on to me by Mum, this novel about a woman becoming the First Lady was especially intriguing because it’s loosely based on the life of Laura Bush. The story itself is beautifully told, but imagining George W. Bush as the husband in the story gave it a whole other layer. Following Alice from childhood to the White House, this journey is so satisfying.

I'm currently reading One Last Thing Before I Go by Jonathan Tropper and I can't decide if I like it. You know when guy writers really write like guys and it's a bit….too guyish? I don't know, I think maybe this is Tropper's schtick, the funny, scratch your balls vibe. Maybe I'm just in the wrong mood for it? I've read and enjoyed many a book after numerous false starts because I think I just wasn't in the right headspace for it the first few times. Does that ever happen to you?

So what have you been reading? Anything worth recommending? I shouldn’t really ask because my “To read” pile is so out of control. But I'm a glutton for book punishment!