Motherhood: 5 things I thought I’d enjoy way more (and 5 things I genuinely do) 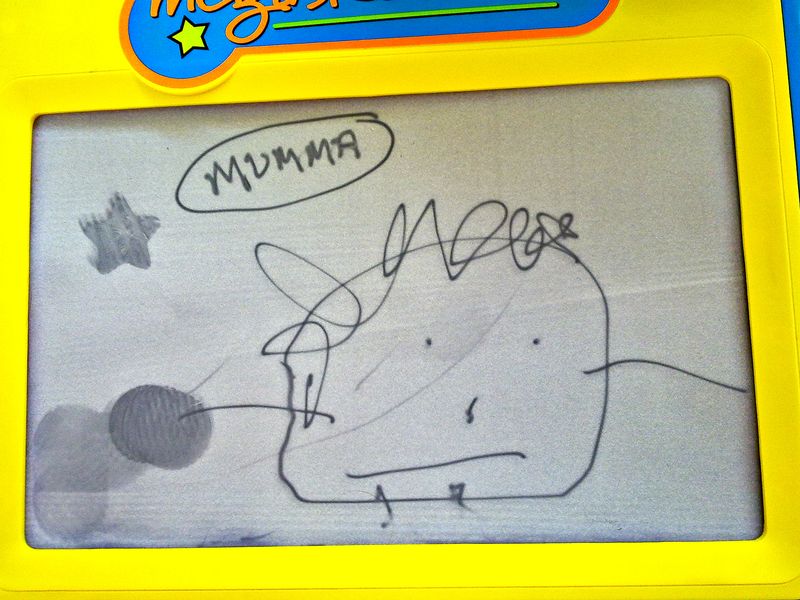 Mumma: not to scale

I loved Luca’s babyhood hard. He was my first, my only, and the days were wide open and leisurely, if somewhat marred by exhaustion. Luca was an easier baby in that he slept for great stretches during the day, was very happy occupying himself on the floor (or watching Sesame Street – soz not soz) and when we went out, he almost never required a nappy change. Seriously, he was the most considerate infant. I spent my days photographing him endlessly and then leaving him to play while I bragged about him online.

As time has gone on, I’ve been shocked at how many things that seemed like fun from a distance actually suck up close and personal. I have been surprised at how much of motherhood I don’t ecstatically love. And as any mum (and maybe dad) will tell you, there’s a nagging guilt about not enjoying EVERY bit of motherhood ALL the time. You wanted kids, you brought them into the world and then you spend hours dreaming about how to escape.

Everyone knows bedtime sucks and shopping with children is hell but if you had asked me before kids, I think I might have expected to love the following five things a whole lot more…. 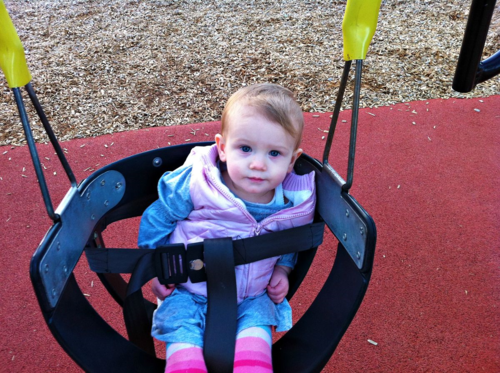 Are we having fun yet?

I’ve covered this off before. Normally I head to the park because shit has gone bad at home and we all need to get out. So in my head, I am thinking that the park will offer me at least a little breathing space but the truth is that kids are like social media addicts; if no-one can see it, it’s not worth doing. So actually you’re expected to watch them go down the slide – all 347 times and preferably shout, “weeee!” and clap every time.

When Harlow was still a very little baby, I would drive to a nearby park where I could park the car directly in front of the play equipment, thereby allowing the close supervision of the boys without me actually leaving the confines of the car. The idea was that the boys could burn off some energy while the baby slept. A genius plan. But instead, the kids would run two laps around the circumference of the park, head down the slide once and then slink dejectedly back to the car where we would engage in a whispered argument about how I couldn’t push them on the swing because Harlow is sleeping and it’s not fair and if Harlow wakes up, I’ll never bring you to this park again! and you’re the meanest mum ever in the world! until I buckled everyone back in the car and headed home so that we could all stew in our despair properly. 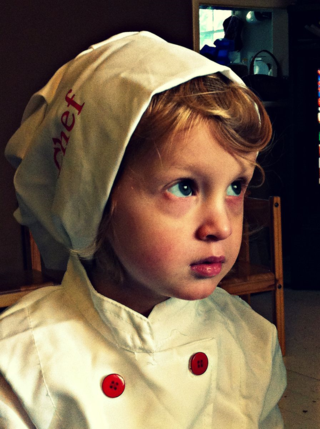 One day Luca asked to help me make a smoothie. He was about 3 at the time and though I just wanted to get it done quickly, I allowed him to help. I will never forget the look of accomplishment on his little face as he plopped each strawberry into the blender. I realised it was important to include him in food preparation because it built his skills and more importantly, it built his confidence.

And though I vowed to involve my kids in the kitchen more, the reality was that I couldn’t do it. I can’t do it.

Cooking is a burny, sharpy, spilly, catch-hand-in-the-beatery kind of nightmare and whenever the kids help me, my blood pressure explodes. Everyone drags a chair over to our tiny kitchen bench and crowds around; there are fights over who will pour the milk and who will measure the flour and who will stick a knife into the toaster. The job takes three times as long as it should and this is bad because I am always running behind the schedule in my head.

And it’s twelves kinds of sad because Ziggy is forever telling me he wants to be a cooker man when he grows up.

But I can’t do it. I hate it. I actually hate it. I think it may be the thing I hate most. 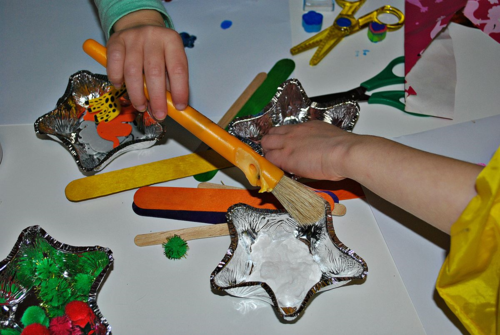 Yes, I know the paint brush looks all weird and melted. No, I didn't attempt to set the craft box on fire….or did I…?

I like to think I am crafty. I am not glitter averse. I love a DIY handprint reindeer. I value creativity in my children equally if not more than I do book smarts. This should be a no-brainer. But the truth about kids’ crafts is that, well, kids ruin them. They don’t do it right. They paint massive globs of glue and then add two singular sprinkles of glitter. Or they use no glue and dump the entire contents of the glitter jar onto a piece of paper – then hold it up to show you. Watching them cut out a shape is painful. On a fresh blank sheet of paper, they will stick one sticker. You hand them a second sticker which they promptly stick atop the first. I mean, what the hell are they playing at?

I learned very quickly I am too much of a micro-manager when it comes to kid crafting. I’d head to the $2 shop, buy a treasure trove of crafty goodness and then try and ration it out to the kid who just wanted to STICK ON ALL THE FEATHERS! So much for getting stocked up – these kids burn through entire activity books in one sitting. And I'm sorry but drawing through the walls of a maze is CHEATING.

When I decided I needed to just let go and allow the kids to craft in their own way and mess be damned, I’d be rewarded by a whole five minutes of concentrated work until such time as they wandered off to another part of the house leaving me with a mess that took three times as long to clean up. 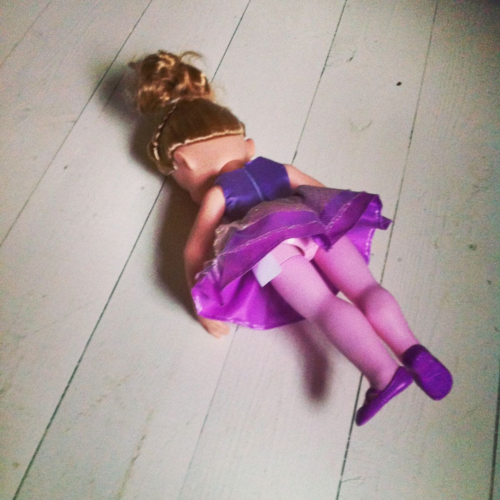 I feel you, Rapunzel, I feel you

My acting background should lend itself to long games of stomping dinosaurs and Crystal Adventures (I don’t know, ask Luca). But sadly, no. I have discovered that I do not like to play. I will occasionally pull out “Tickle Monster” which sends the kids into an absolute frenzy and completely exhausts me. And frankly, I just can’t take the judgemental way they look at me when I collapse on the couch trying desperately to catch my breath. After 2 minutes.

Oh, god, this one is hard to admit. Because books are EVERYTHING. And I started off so well. Throughout both Luca and Zig’s babyhoods, I read to the boys every single night before bed. Without fail, every night, a pile of books. And I loved it. Bren still reads to the boys each night. That tradition has continued. But I confess I only began reading consistently every night to Harlow in the last nine months or so. I’m convinced my laziness has stunted her vocabulary. Now I read each night but I dread it. I’m tired, I want her to go to sleep and also, she only wants to read one book. 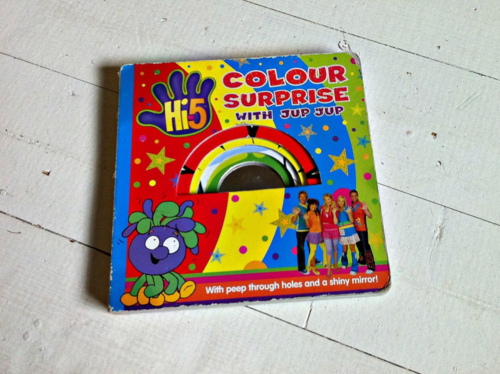 This was a shitty $2 shop purchase, bought on a whim (like all $2 shop purchases) and while the boys were never interested, Harlow is obsessed. Is Hi-5 even a thing anymore? This book breaks my balls. We read it EVERY night. On the plus side, it has taught her to say sun, moon, star and Jup Jup. Fucking Jup Jup.

I thought maybe I would like chapter books better. But after spending a week or so reading The Magic Faraway Tree to Luca and Ziggy, I was ready to stick my head in the oven. When they requested to read it AGAIN the following week, I told Brendon, I’m out. That bitch Blyton is all yours.

But motherhood is not all heads in ovens. Nooo. Some parts of it are really and actually awesome. Here are 5 of my favourites… 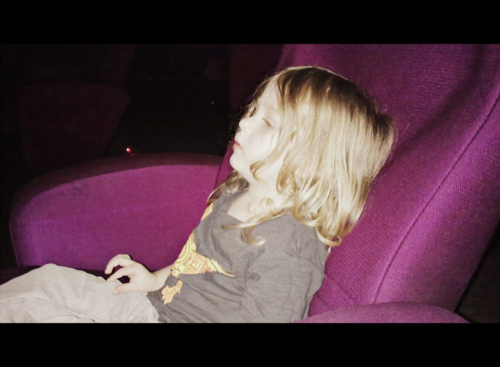 When I was heavily pregnant with Harlow, I took the boys to the movies a lot. It was summer, Ziggy had quit napping and I was hardly about to make a smoothie or read a chapter book with them, now was I? So off we’d go to the cool, dark heaven that represented 120 minutes of breathing space, and by breathing, I mean inhaling popcorn. Luca was entertained, Ziggy would almost always pass out and I would pray that no-one needed to wee during the movie.

And generally, kids’ movies are great. Except the Chipmunks. The Chipmunks blow. 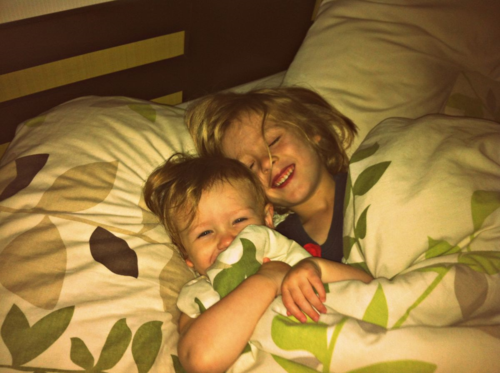 A morning snuggle is the perfect opportunity to keep dozing. Yes, the child may be talking incessantly but I find a little “Mmm hmmm” and “You’re so awesome” seem to cover off my half of the conversation sufficiently. Cold feet and sharp toenails notwithstanding, I love to snuggle my little people and some of our best conversations seem to happen under the toasty warmth of the doona.

Okay, seriously, was I high when I wrote this? I made a short list of the five things with the intention of filling them in later but now it’s later, I can’t for the life of me remember why I thought sharing food with the kids was even remotely enjoyable. They always take the chip I was about to take. They accuse me of being greedy. They wipe their grubby fingers on my jeans.

I can’t explain this at all… 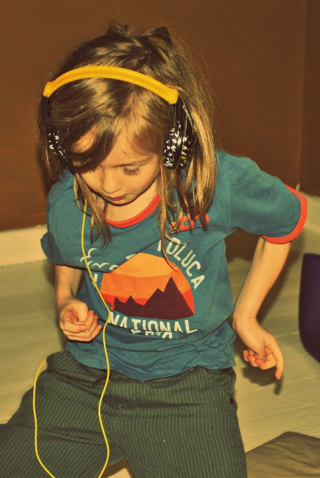 Last summer, we went through a stage of having a kitchen dance off every night. I recall Beastie Boys was on high rotation and it was a huge tension breaker for me. Dinner time normally finds me veering ever closer to the edge of my sanity. I can see the finish line (bedtime) but there are still some hurdles (dinner, bath, teeth, pjs) left to clear. I can taste freedom and deeply resent each and every delay that stands in its way. And of course, kids are all about the delays. “In a timely fashion” has no meaning for them because what is time anyway but a construct of the mind?

So the summer of the kitchen dance off was one I will remember fondly. It made dinner prep fun, I burned off that rising tension and got myself smack into the middle of the present where life was actually very sweet.

Another time, we had a huge Queen dance off before bed. Once again, a typically tense time was completely diffused because who can be upset when Freddy is singing about Fat Bottomed Girls? They make the rocking world go round. 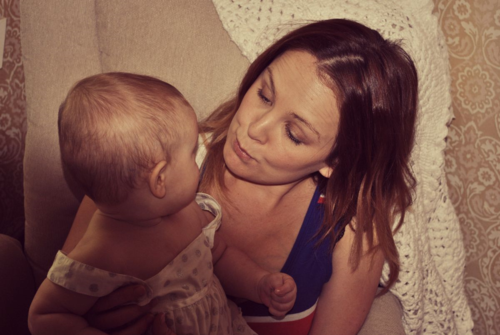 I really love shooting the shit with my kids. I love hearing what makes them tick. What makes them tick is hilarious. I love discovering who they are, listening to the way they form thoughts and opinions. I love glimpsing the world through their eyes.

They shit me oh so deeply to tears but I hope we will always, always talk. I hope they will talk to me. Crystal Adventures they can keep but their words, I could listen to those forever.