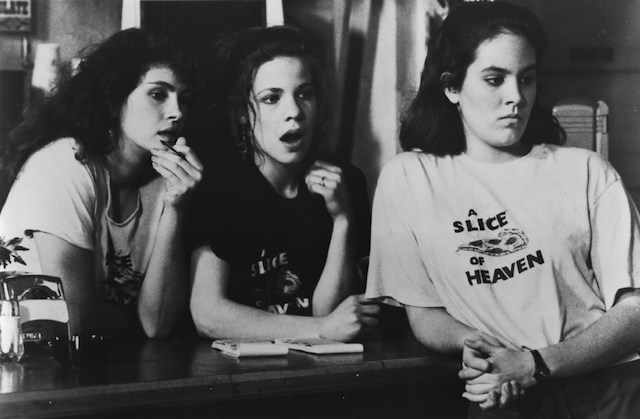 “You have to see Mystic Pizza”, my cousin told us. So Mum headed to the local video store and asked them to get it in which they did because we were excellent customers. If there was such a thing as borrower of the month, I think we probably could have won.

AND we always rewound the VHS tape when we were done.

But Mystic Pizza. Have you seen it? Turns out we were the only people to borrow it at our local store and so when it eventually got chucked in the bargain bin, Mum felt like it was only right that we bought it.

I still have that tape and though its format is obsolete, I can’t see myself throwing it away.

That’s how good Mystic Pizza is.

Two sisters and a friend who work at a pizzeria. Funny, sassy, gorgeous women with the usual ishoos around love, life and family.

You’re not sold, I can tell.

Think Julia Roberts before she was famous. All hair and teeth and delicious pre-fame meat on her bones. She is so yummy in this movie, you’ll want to bite her.

Also, Annabeth Gish, Lili Taylor, Vincent D’Onofrio and a baby-faced Matt Damon who must have been 15 years old if he was a day.

Hmm, I’m glad I’m not charged with selling this film. Clearly, I am no marketing genius. But listen, this movie has so much heart. As a used-to-be actor, the performances thrill me because they are unpretentious and raw. There are no stars. It’s just a humble little film with a really clever script performed by relatable actors.

Have you seen it? You should see it.

I can’t recommend as strongly visiting the real Mystic Pizza in Mystic, Connecticut. It’s kind of a letdown but that’s probably because, heads up, Julia doesn’t really work there. 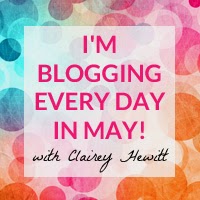 Two days in a row. Hello!