Two, too soon: a little post about Little Lady 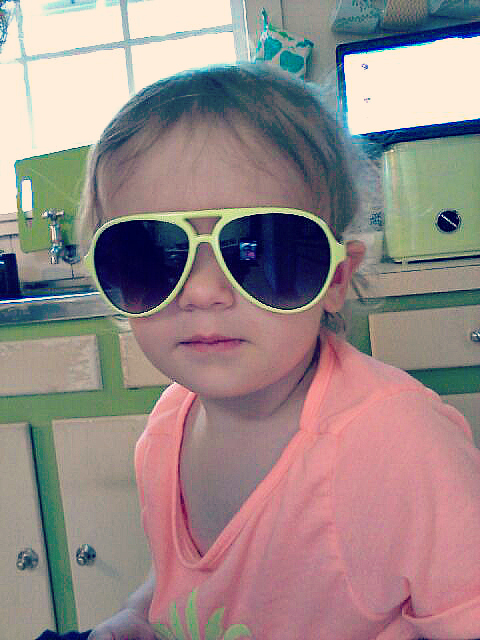 In just over a week’s time, this little clown will turn two. Two years old. As in, not a newborn anymore. And maybe not even a baby?

Is 2 still technically babyhood? I know she’s a toddler but through my eyes, Harlow is still very much a baby.

I don’t spend a lot of time on the blog talking about the kids. Well, I talk about them constantly because they are pretty much my life at this point but I try to keep things general and not too specific because a/ it was never meant to be a shrine to them and b/ some day they may be in therapy because of the blog I wrote about how they pissed the bed that one time.

But will you indulge me for a moment while I tell you about my baby who might not actually be a baby anymore?

I really, really wanted this little girl. Waited for her for forever. Was worried I’d never get her. But I did. And I remain euphoric about that fact. Ain’t no wiping the smile off my face regarding having a daughter. I know writing those words may cast doubt over whether I love my sons just as much. But the fear that I would never have a daughter makes having her all the sweeter. Does it mean I love her more? Not a chance. Except on the days when she’s my favourite. But that changes so frequently that I feel satisfied that each child gets an equal turn. Except Ziggy. Ziggy is a pain in my arse. Who’d be the middle child?

I don’t know what I imagined a daughter to be. Perhaps quieter, more gentle, probably less funny than her brothers. Ummmm, no. On all three counts.

And can we all agree that this may be the recipe for the most awesome daughter ever? When I send this girl out into the world, I am confident that she will take it in her stride.

Yes, she shows female traits – she is interested in dolls in a way that the boys never were. Where the boys would pick their doll up by the hair and smash it into the floor before running to the next thing, Harlow takes the time to kiss and pat her doll – and then smashes it into the floor. What a nurturer! 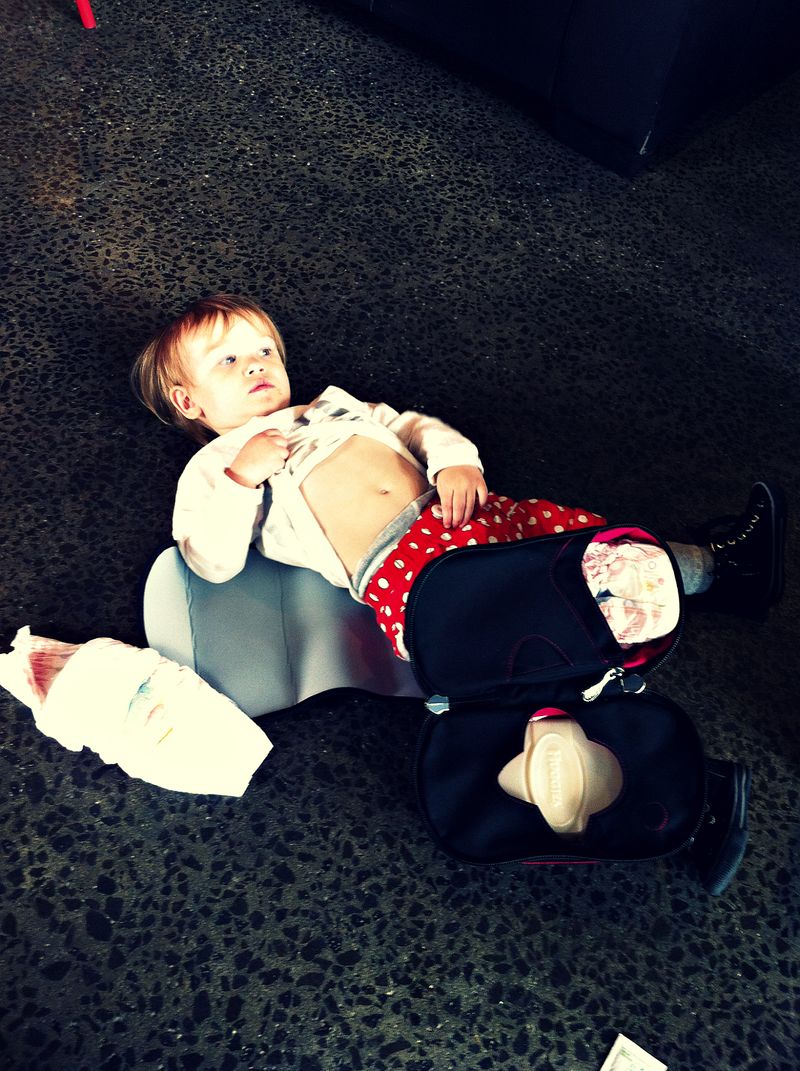 Can a baby get a nappy change around here or must I do it myself?

Also, shoes. Harlow loves shoes. Lucky for her, she has a mother who tends to purchase a lot of shoes and thus, spends her days trying on the various styles available to her. You can always find Harlow by following the trail of discarded shoes.

Harlow is perhaps the most fearless of all three children but the most shy around strangers. If someone she doesn’t know says hello, she either puts her head down or inserts a finger in her nose. Not sure about the nose thing but it’s possible she believes this renders her invisible. Dunno. 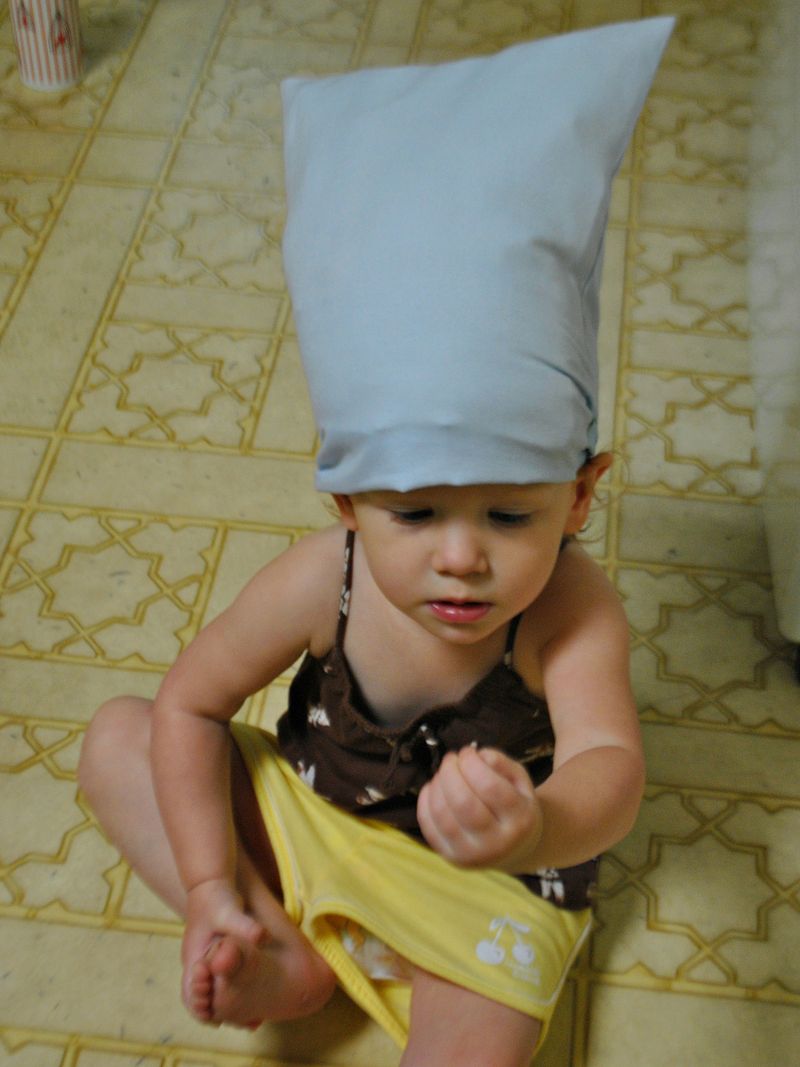 Pillow as headwear. What? Like you've never done it…

Harlow likes to be naked. She will saunter into the kitchen to show me she has removed her clothes and nappy, giving her vajoots a little slap as though I might have missed the nudity. “Yes, I can see what you’ve done!” I tell her, and then she saunters out again, thrilled with her own cleverness.

She has a favourite parent and frankly, it’s not me. This kid wants her Daddy at all times because this kid is smart and knows a sucker when she sees one. When Bren is home, she trails him around the house demanding his attention and to be carried constantly. She doesn’t pull that shit with me because I don’t have the time or inclination to pander to her every whim. Daddy? HER EVERY WHIM. Seriously, the man cannot help himself.

There is only one caveat to the favourite rule and that relates to middle of the night wake ups. Should Daddy set foot in her room any time after 8pm at night, she will SCREAM THE HOUSE DOWN. Yes, my darling girl has reserved our special bonding time for the hours between midnight and 6am. And she makes sure we ALWAYS bond, EVERY night, during those hours. I love it so much, I’m thinking about having my breasts surgically removed. That’s right, my almost two-year-old is waking me EVERY SINGLE NIGHT to breastfeed. Yes, I know she doesn’t actually need milk. Yes, I’m aware it’s a comfort thing. And no, I’m not comfortable letting her cry it out. I rang the ABA to ask if they had a plan for weaning a 2 year old without sleepless nights, tears and general heartache all round. They said no. So it’s really a matter of us bracing for three nights to a week of hell. We need to be resolved to do it, to commit to the plan and stick with it but every night when she cries, I am so exhausted I feel that tonight is not the night to start. We’ll get there. In the meantime, I’ll just have a chronically sore back and extreme exhaustion. Cool. 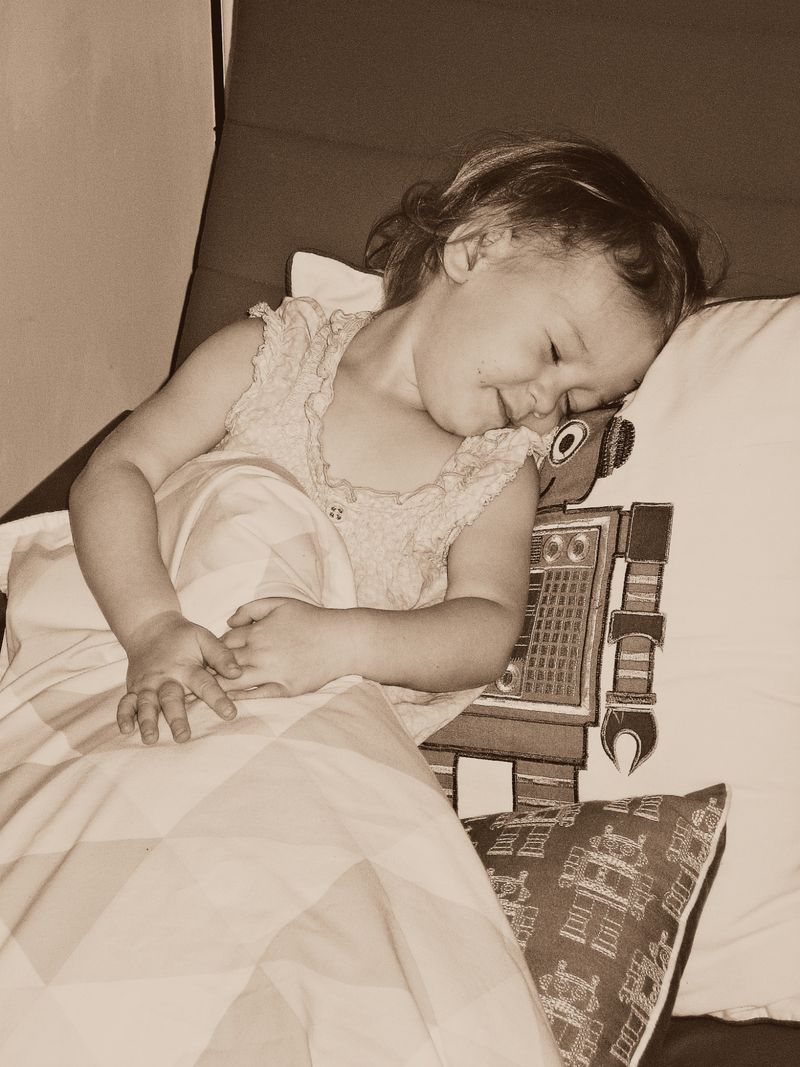 Pretending to sleep: a game that would be cuter if she played it at 3am

Huh. Look at that. One of the longest posts I’ve managed of late and written in record speed. Because really, who can’t wax lyrical about their kids? Shitheads that they are, they’re also an endless source of amusement and yes, joy. Messy, whingey, nappy-removing joy.

My daughter is dramatic, strong-willed, affectionate and a clown. This is not the little girl I imagined. My girl is way better. 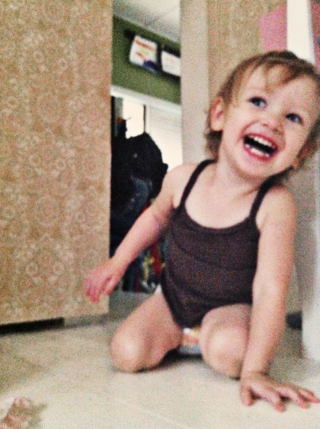