I suppose Courtney Love was to blame.

On many prior evenings, I had made this very trip from my small country town home to Melbourne. I was seeing a boy who wasn’t nearly as invested in the “relationship” as I was, and I could not get enough of how bad I felt about myself when I was with him. I clocked up thousands of kilometres driving the hour back and forth from my home to his only to be greeted by his stoned indifference. Boy, could I pick ‘em.

Rather than take the Hume Highway, I would wind my way towards the city via sparsely populated rural back roads, entering Melbourne via its outer Northern suburbs. During a full moon, sleeping cattle bathed in the soft glow of moonlight out my car window. But as I recall, the moon was but a sliver this night and the rolling paddocks on either side of me were inky black.

My make-up for a night out was invariable – face painted powdery pale, eyes dramatically winged with black liner and a painstakingly constructed outfit designed to look like I didn’t give a damn. These were the dying days of Grunge and so it was on that fateful evening that I left the house wearing a lacy black slip, holey hosiery, knee-high boots. ….and a tiara. 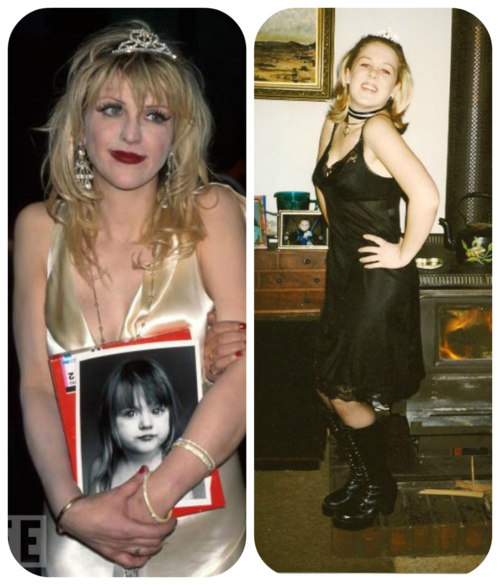 I was only twenty minutes into my hour long trip when I noticed the radio getting quieter. I turned the volume up to no avail. The lights on the stereo unit seemed to be fading and I assumed it was preparing to die. Shit! The indignity of driving a shitbox old Corolla was one thing but not having music while I drove it seemed impossibly cruel.

I kept driving but noticed the dashlights were dimming, too. Even my headlights, the only two points of light in the dark night, seemed to be failing. Something wasn’t right.

I reached the first roundabout after a long, unbroken stretch of lonely road and pulled over. I rustled briefly in my handbag for my mobile phone – they were bigger then and not so difficult to find. I called home and terrified my poor mother who pictured me alone on the side of a deserted back road dressed in my underwear.

“Stay where you are!” she instructed me. “James is here. He’ll come and get you.”

My stepbrother was heading back home to Melbourne which meant I could catch a ride with him and still go out. Excellent!

Just minutes after hanging up the phone, a car slowed and pulled in behind me.

“You okay?” asked the driver, sticking his head out of his rolled down window. He looked to be in his mid-twenties. A woman sat beside him in the passenger seat.

I explained what had happened.

“Yeah, that’s what my stepdad said.”

“Why don’t you come and wait back at our house. I don’t think you should wait alone on the side of the road.”

I could imagine my tiara glinting in the headlights.

My decision to go with them was easily made. It was cold and dark, I was under-dressed and alone in a car that had no power. And they didn't trigger my internal alarm. It may not be failsafe but generally, my gut is good at reading situations. I called my stepbrother to let him know where I would be.

At their house, the young guy and his wife offered me a drink and I perched awkwardly on their couch sipping a beer. A friend of theirs who had called in tried hard not to stare at me. Excusing myself to the bathroom, I looked at my reflection. There I was, prom queen gone bad, washing my hands in a quaint little bathroom with satin bound hand towels and a poesy of fake flowers sitting in a vase on the vanity. It occurred to me that perhaps they had more reason to be suspicious about what kind of person I was than I had of them.

I returned to the lounge room of my friendly if bewildered hosts. It was a pleasant enough conversation but we were all hyper aware that in a room full of comfy tracksuits, someone was wearing a tiara.

Before long, my stepbrother arrived and I bid farewell to my rescuers.

“Just drop us a case of beer some time.”

I don’t remember much about them, what they looked like or their names but when I drive along that back road to visit my mum, I try to pick out which house was theirs. Having only been there at night, I have always been unsure. It must have been almost fifteen years ago now. They are probably long gone.

So I never did drop them that case of beer. Shame, really.