On the wagon – why I quit drinking 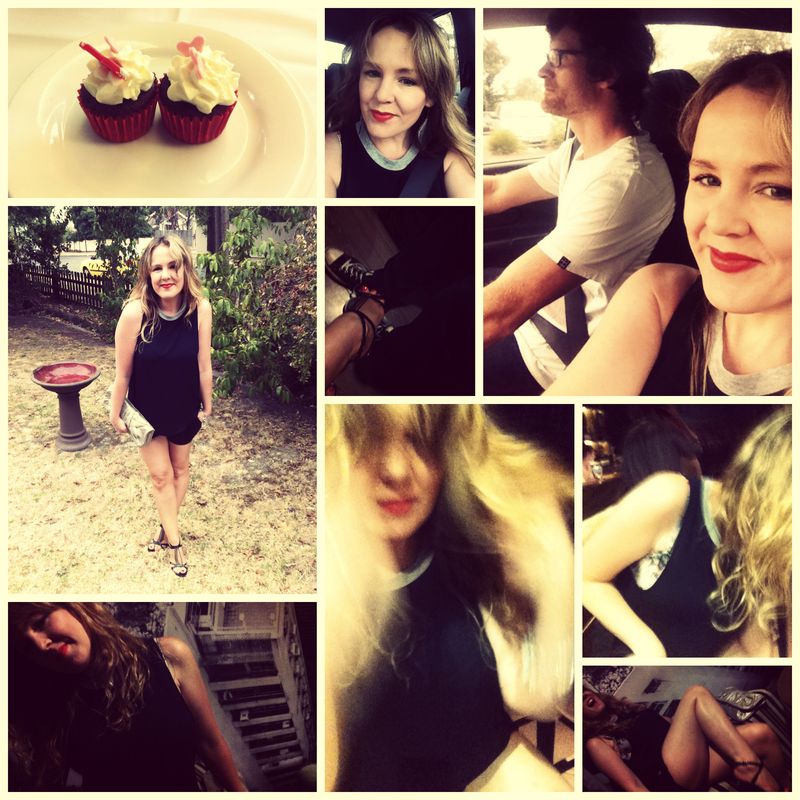 I am the social drinker.

In a family with addiction tendencies, I am the two-pot screamer, the lightweight, the one who hesitates before taking a second paracetamol.

My mother stopped drinking when I was 3. She went on to become a drug and alcohol counsellor. She is well versed in the disease of addiction. The way I drink has always amused her. How I might choose to have just one drink, how two drinks could make me very drunk and how I would just as often tip #3 down the sink than finish it.

I think she enjoyed my easy relationship with alcohol, my ability to take it or leave it, the way drinking was only ever about fun for me.

And yet, here I sit preparing to confess that I have given up drinking.

Actually, I quit about a month ago after a particularly reckless evening gave way to another spectacular, dead of night panic attack. This made for two panic attacks in the space of three weeks and the cumulative effect of anxiety is dangerous. Panic begets panic. I was raw.

I told my therapist I was quitting drinking. The link between getting drunk and panic episodes was undeniable. Alcohol was a trigger and completely avoidable if I eliminated it from my life.

I make plenty of references to wine and how necessary it is to survive motherhood but here’s a little secret: I don’t drink much. I do enjoy a glass of wine when the chaos of dinner prep gets too much and who doesn’t love a beer on a summer afternoon? But in the space of a month, Bren and I might drink 2-3 out of those 30-odd nights.

Maybe that’s why I have a tendency to wipe myself out at social gatherings. As a 37-year-old woman, I get shit-faced in a way I almost never did in my teens and early 20s. I appear to have lost the ability to regulate myself. I miss the cues.

Bear in mind, a big night for me might be a grand total of 4 drinks and if I’m feeling outrageous, 5. I have never had a great tolerance for any kind of drug and why would I need to when one drink makes me feel so damned fabulous?

One drink. This is the magic number. One champagne under my belt makes me feel incredible. So why do I persist on drinking more? I think because that fun and sexy feeling of one drink is at such odds with my daily reality as Mum. Throwing off the shackles feels so amazing that I want to maintain that feeling for as long as possible. But subsequent drinks don’t maintain that level so much as tip me right over it.

And those subsequent drinks, even the four of a “big night” is not unreasonable for an adult at a party. It hardly constitutes wild abandon. And I have to say, I am a gas during those four drinks. People who don’t care for me might say I am loud, but people who do might say I am naughty. Friends and family like drunk Angie. She’s funny.

But that’s not really the problem. No, the problem occurs some 3-4 hours after I have gone to bed when I wake to the jack-hammering of my heart. Wrenched from sleep, my bloodstream is coursing with adrenaline and though I am aware of what is happening to me, that it is just a panic attack and I am in no real danger, I spend the hours until dawn pacing my house like a ghost with unfinished business.

It wears me out. It fries my nervous system. As deep sleep cocoons my family, I am preparing for imaginary battle.

When I think back, I realise drinking has always disturbed my sleep. But back in the day, I would wake, skol a glass of water, maybe lash out on a couple of Panadol if I thought the morning was going to be particularly brutal and then crawl back into bed where I would stay until noon. Any residual hangover was best treated with Coke and grease.

I miss the simplicity of a fucking hangover.

Discussing the previous panic attack with my therapist, I knew that she thought I could have avoided it if I had chosen not to drink. It annoyed me.

“I should be able to drink like a normal person!” I wailed.

I knew I sounded like I was arguing for steak and chips after I’d had a heart attack but I felt ripped off. It would be nice to occasionally let my hair down and suffer no more than a sore head the next day. But that is no longer my reality.

So I gave up drinking for a month and I did not miss it.

Proud of my commitment, I felt I’d earned the glass of champagne I had after a Valentine’s dinner with Bren. And I certainly deserved the glass after that. As Bren readied himself to leave, I suggested number #3 and why alarm bells weren’t ringing by #4, I will never know.

My love and I, in a bar listening to great music, just like old times.

Except that these aren’t old times, it’s now and now means when I drink four champagnes in the space of 2 hours, I WILL be pacing my home by 3am.

Fuck, fuck, FUCK IT ALL.

I am so tired of my crazy mind. But it is the only one I have and I need to stop torturing it with known triggers.

So I didn’t so much as fall off the wagon as dive headfirst and the recovery is brutal. Only time can strengthen my mind against this kind of anxiety and the toughened exterior I have been building up since the last attack has been ripped clean off.

I am fragile. I need to protect myself.

So for now, the booze goes.

And I will slowly rebuild.

Thank you for your votes!