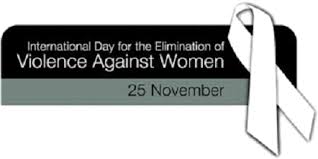 If I’d been smart, he would have stayed a one night stand.

If I’d been smarter, a no night stand.

But he was dark and dangerous and I was just eighteen years old. I was seduced by the shadowy glimpses he gave me of a broken childhood. I thought I could be the one to make him whole again.

I ignored the evidence that suggested that this was a bad, bad idea.

I knew he had hit his previous girlfriend.

It was six poisoned months. We drank. We got stoned. We collected unemployment benefits, bought cigarettes and potato cakes from the corner store.

We were inseparable, gradually becoming more and more isolated from our friends. We argued constantly. We fucked the rest of the time.

We spent New Year’s Eve down the coast. I ran into a dear friend I hadn’t seen for a year. We hugged and squealed and danced drunkenly in a circle. He sat on a park bench and each time I passed by, I heard it. “Slut.” Almost whispering it but loud enough for me to hear. Only me.

When I told my friend, she thought I must have misheard. Because who would say something like that to their girlfriend?

So I ignored him.

In the early hours of the new year, amphetamines magnifying his intensity, he tried to bully me into having sex.

No less than three people warned me he had cheated.

Lying in bed one night, he punched his fist hard into the pillow beside my head, missing me by millimetres.

And then, just as abruptly as it had begun, it was over.

But coupled with relief that I had escaped is the nagging guilt that I hadn't warned the next girl.

I know she was not so lucky.