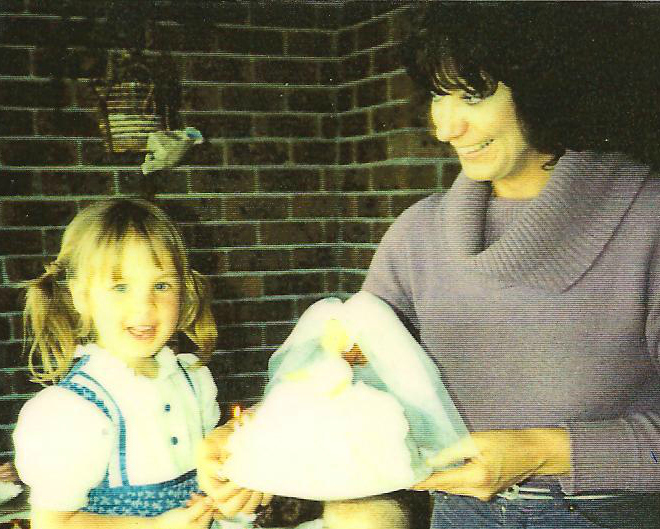 When I was a little girl, I loved no-one more than my dad.
Strong and handsome, smart and successful, in my eyes, he could do no wrong.
And he often turned a blind eye to my less than angelic behaviour.

Where my father was calm and reasoned, my mother was vibrant
and emotional. From the time I could talk, we argued. Her contradictions infuriated
me. My relentless retorts exhausted her. We were locked in mortal combat for
much of my childhood.

But though I worshipped at the altar of Daddy, I
instinctively gravitated towards my mother’s world view. Where my dad was the
very embodiment of the aloof conservative, my mother’s heart bled true for
Labor. Though I admired my dad so much, I sensed that his politics were
selfish.

My mother was passionate and politically engaged. In the
1980s, I marched with her in support of nuclear disarmament and at Reclaim the
Night. She spoke to me of women’s liberation and why everyone deserved a free
university education. I vividly remember when she joined Amnesty International
and her explaining to me the reasons why. Her world view was generous,
inclusive.

Living a very comfortable, middle-class life, with our
beautiful big home, our luxury cars, our swimming pool, tennis court and
private school education, my mother never forgot what she believed. And she
never stopped wanting to make a difference.

Shit got very real for my mum along the way and she
continued to be an activist – key word being continued for she fought for social justice even as she was comfortably buffeted by privilege.

My mother taught me to raise my voice.

And so if you think my voice resonates with authenticity, if
you find my writing to be raw and real, then I guess you need to thank Tina for
that.

We have just had an election here in Australia. I was very
troubled about the direction it seemed the people of our country wanted to head
in. Many people were troubled. And we took to social media to share articles
and opinions. People were passionate and people were angry. They still are.

In the process of raising my voice, I inadvertently offended
people I know and love. Not many, for it seems most people I know or follow share a
similar world view or if they don’t, they accept my need to share mine.

I felt upset that I had hurt people's feelings. I puzzled at the idea that it's impolite to discuss your political persuasion. I searched my soul.

Here's what I found;

Social media is not a dinner party at the home of a friend. It
is a public forum, a new media, where thoughts and ideas can be exchanged.
Information can be readily disseminated – information that has not been diluted
or perverted to suit the bias of a billionaire. Participation is the choice of the individual. Personally, I find passionate debate is sexy.

And while I would never condone direct attacks or vilification, linking a political article to my Facebook page is no more forcing my opinion on someone than linking a recipe to my wall is forcing someone to bake a fucking cake.

So I say to the people I love, and I say to you, my readers; if you don’t
agree with my viewpoint, feel free to tell me why. If you would like me to
better understand your world view, you have my undivided attention. If I share
a link you don’t agree with, click away. Hide those posts that ruffle your
feathers.  But please, please, don’t ever
ask me to be silent.

I am my mother’s daughter. And we raise our voices.

*The article that caused great offense was “Don’t Be A Fucking
Idiot This Saturday” and after reading it, I immediately shared it on my
personal Facebook page as well as the page for The Little Mumma. It was a
kneejerk reaction because a/ I
thought it was hilarious (still do – it
was meant to be) and b/ I hoped
voters who were undecided might read it. What I didn’t consider were friends
who vote Liberal – in retrospect, I should have, but in my mind, that article
was never written for them and I wasn’t sharing it as a ‘fuck you’ to them. Its
tone, which many Liberal supporters were deeply offended by, was used specifically
to go viral and that’s exactly what happened. I still believe it was a genius
piece of writing. The guy who wrote it has written an open letter explaining why he wrote what he did and I think even Liberal supporters can
appreciate his sincerity. If you’re interested, you can read it here.